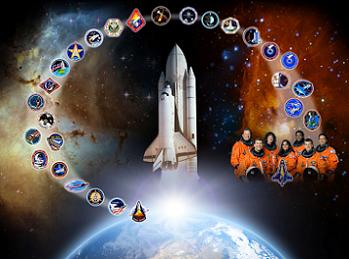 As the Space Shuttle Program (SSP) officially ended this week – closing out 30 years of achievements and advancements in human space travel – United Space Alliance (USA) Vice President and SSP manager Howard DeCastro noted his pride in the strong finish to the program, whilst adding he fears there may be a price to pay via the loss of thousands of highly skilled workers.

The three world famous vehicles now look rather forlorn – with missing Forward Reaction Control Systems (FRCS), Space Shuttle Main Engines (SSMEs) and Orbital Manuevering Systems (OMS) – as they are processed under Transition and Retirement (T&R) flows at the Kennedy Space Center (KSC), ahead of eventually shipping to their retirement homes.

As noted previously by Mr DeCastro, the vehicles could have flown on, and indeed should have gained additional flights via an extension – or a continuation under a commercial deal – at least until the United States had an alternative domestic crew launch vehicle ready to fly.

The risks of relying on the Russians for transporting NASA astronauts – as is now the case for another four or so years – were made all too apparent when Roscosmos grounded their Soyuz fleet, due to commonality with the launch vehicle which failed to deliver Progress M-12M to orbit.

Regardless of such a standdown likely being shorterm, the challenge of providing the International Space Station (ISS) with a lifeline of logistical support – following the loss of the shuttle fleet’s unrivalled upmass and indeed downmass capability – also remains at the mercy of a fleet of international agency vehicles and new commercial ships all working without major issues and/or notable schedule slips.

As much as the decision not to continue the life of the Space Shuttle past STS-135 was political, the fleet’s days were already numbered after the loss of the flagship Columbia.

However, the subsequent fight back and major improvement in safety during Return To Flight (RTF) – resulting in a long run of the “cleanest” flights in the history of the program – was never fully acknowledged, and in some cases dismissed, by those who continued to lobby for the shuttle’s end.

“The NASA/Contractor Team did a magnificent job in coming back to a full operational capability after the devastating loss of Columbia and her crew,” noted Mr DeCastro in an interview with NASASpaceflight.com. “We improved the culture, improved communications, improved our understanding of the risks associated with the External Tank and the Orbiter, and we were able to conduct 22 excellent missions.

“The final three missions of Discovery, Endeavour, and Atlantis were among the best missions flown in the Shuttle Program. As the crews can attest, those vehicles were the “cleanest” ever returned, which in layman’s parlance means we made important steps in the right direction to eliminating the loss of foam and the resultant impacts on the vehicle.

**To read about all the Shuttles – from birth, processing, every single mission, through to retirement – click here for the links:
http://forum.nasaspaceflight.com/index.php?topic=25837.0 ** 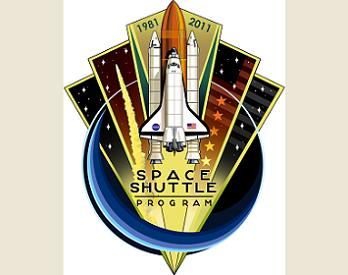 “The skill and dedication of the Shuttle Team was clearly demonstrated in the completion of those missions. The Team members are proud of the way we finished and sad that the Nation does not have a vehicle ready to begin the next step in the evolution of human space exploration.”

With the end of the Shuttle Program, thousands of talented space industry workers have lost their jobs from all over the United States – not least at the Kennedy Space Center (KSC) in Florida, but also at the large array of Shuttle supplier companies.

The United Space Alliance (USA) – as a contractor – felt the pain more than most, though Mr DeCastro fears the job losses may be far more than economic, pointing to the NASA reductions as holding the potential to rip the core out of the Agency’s operations capability, which in turn risks the current high levels of efficiency and safety.

“It is very difficult to measure the impact of the loss of skills on the future programs or our Nation’s economic health”, the retired US Marine Corp. Lieutenant Colonel noted. “From a contractor perspective, while there will be a tremendous loss of core personnel, experience shows that skilled people will flock to work that is important to the nation and is satisfying to the individual workers. 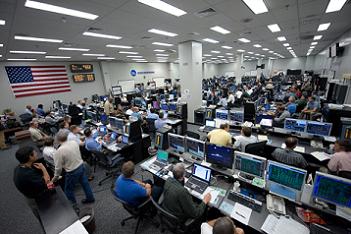 “Right now and in the next 5 to 10 years, that work is likely to be in other business sectors. I worry more about the loss of the critical NASA personnel who are skilled in the planning, training, and operation of Human Space Flight.

“Without something to operate, it is highly likely that NASA will lose its core ‘operations’ capability and will have a difficult time rebuilding that capability. The probable loss of skills in NASA will manifest itself in a costly and slow return to the current level of efficiency and safety.

“Finally, the negative impact on many States from the loss of the Shuttle supplier industries has occurred at a very bad time for many communities. The economic hit to the State of Florida is expected to be the most devastating.

“I hope the folks in Washington worrying about the economy find a solution which employs those dedicated and very highly skilled workers in jobs which warrant their expertise. Our Nation cannot afford to lose that talent to overseas employers.” 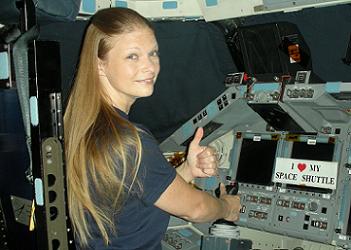 Mr DeCastro is hopeful that the lessons learned from the Space Shuttle team work practises provides a baseline for the next human space flight programs, lessons which include elements that can’t be learnt in training sessions, or hired off the street, such as treating the vehicles with dedication and love – as seen with how the shuttle workforce cared for the orbiters as much as the astronauts.

“The wonderful dedication and caring attitude of the Shuttle Team has been at the center of its successful operation since the beginning. The people who worked on the Space Shuttle truly cared about Human Space Flight, about the Astronauts who risked their lives each mission, and about the value of exploration and leadership in space to our Nation.

“It is very important that people care when lives are on the line. Human space flight is a very risky business. A lesson we learned when we lost our friends and colleagues.

“We were blessed to find workers who were not only qualified but who came to work each and every day ready to go beyond their work requirements to make those ships as safe as humanly possible.

“I hope the next human spaceflight program will find people who care just as much. I am optimistic that will happen.”

As far as the United Space Alliance, the end of the Shuttle Program does not mark the end of the company. Members of the USA team are embedded into the International Space Station (ISS) program, while others are supporting Department of Defense (DoD) and commercial companies. 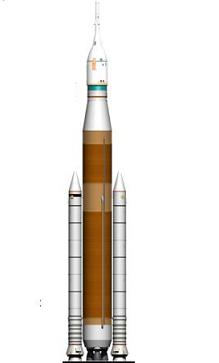 Mr DeCastro also added that USA will continue to be involved with the NASA centers developing the Space Launch System (SLS), a Shuttle Derived (SD) Heavy Lift Launch Vehicle (HLV) with a large amount of heritage from the Space Shuttle Program.

“United Space Alliance has a broad capability to support NASA and non-NASA projects. We are very proud of the role we played and in the many accomplishments of the Space Shuttle Program. Our Company will continue to support NASA and Human Space Flight and we will work to help the United States regain its position of leadership in space exploration,” added Mr DeCastro.

“We continue to support the ISS in mission planning, training, and on orbit support. We will support JSC (Johnson Space Center), KSC, MSFC (Marshall Space Flight Center) and other NASA Centers as NASA develops its Space Launch System. We also have the capability to provide support to the Department of Defense and to commercial companies who are engaged in high tech projects.

“USA is interested in any and all NASA Human Space Flight Programs and in the various commercial programs that will support the ISS and, eventually, Human Space Flight. We already are engaged in many of the programs and will continue to seek ways to help the United States regain its leadership position in space.

“USA has very talented workers who are supporting many new NASA and non-NASA ventures.I invite (people) to come to our facility in Florida and tour NSLD (NASA Shuttle Logistics Depot) where we are engaged in work for the DoD,  commercial satellite companies and NASA.”

(Images: Via L2, NASA, and @OV105GirlEngr (Victoria Hulbert) photo published on twitter. Further articles on the fleet will be produced during her down processing, driven by L2 – which is continuing to follow the orbiters via a wealth of FRR/PRCB/MER/MMT and SSP documentation/pressentations, videos, images and more.

(NSF/L2 continuing to provide full exclusive shuttle coverage, available no where else on the internet. To join L2, click here: http://www.nasaspaceflight.com/l2/)