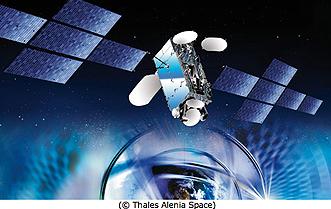 After the TG-1 TinGong-1 launch success, China took another step in the international satellite market with the successful launch of the European Eutelsat-W3C communications satellite on Thursday. The launch took place at 08:21 UTC using a Long March 3B/E (Chang Zheng-3B/E) launch vehicle.

According to Eutelsat, the new W3C satellite will provide significant new capacity for broadcasting, telecommunications and broadband services, replacing existing Eutelsat satellites at 16 degrees East. This is a leading position for broadcast markets in Central and Eastern Europe, and also provides video services to the islands in the Indian Ocean.

16 degrees East is one of Eutelsat’s most long-standing orbital locations, as satellites have been in service there continuously since 1988. Over more than two decades, it has developed into one of the company’s largest video locations, with more than 400 channels broadcast to an audience of over 11 million households.

Markets in the areas served by 16 degrees East have been experiencing solid growth, particularly in Central and Eastern Europe.

The availability of W3C will significantly increase capacity at 16 degrees East. The satellite will have four main coverage zones: high-power Ku-band coverage of Europe with a beam centred over Central Europe, particularly optimised for Direct-to-Home (DTH) reception in this region; extensive coverage across Extended Europe, including North Africa, the Middle East and Central Asia, via a Ku-band beam optimised for professional video links and data networks.

Ku-band coverage will include Sub-Saharan Africa and Indian Ocean islands for regional telecommunications and internet services (interconnection with Europe will also be possible with the African coverage through a combination of Ka-band frequencies in Europe and Ku-band frequencies in Africa); and a high-power Ku-band beam over Madagascar and the Indian Ocean Islands for DTH applications.

The W3C Satellite was designed and manufactured by Thales Alenia Space France for EUTELSAT. The satellite is based on the Spacebus 4000 C3 platform with a lift-off mass of 5,400 kg. With a design life of over 15 years, it has 56 operational transponders (53 in Ku-band and 3 in Ka-band) onboard, with an end-of-life power of 12kW.

W3B would be launched on October 28th, 2010 but the satellite suffered a sizeable leak in the propulsion system immediately after launch and was declared a total loss. 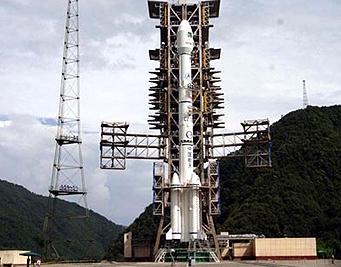 In recent years, the CZ-3B/E (Enhanced Version) launch vehicle was developed on the basis of CZ-3B, increasing the GTO capacity up to 5.500kg. The CZ-3B/E has nearly the same configurations with CZ-3B except for its enlarged core stage and boosters.

On May 14, 2007, the first flight of CZ-3B/E was performed successfully, accurately sending the NigcomSat-1 into pre-determined orbit. With the GTO launch capability of 5.500kg, CZ-3B/E is dedicated for launching heavy GEO communications satellite.

Second stage/third stage separation – and third stage first start – occurred at T+5m 44.2s at an altitude of 169 km. The shutdown of the third stage came at T+10m 20.4s, with the second third stage ignition taking place at T+21m 3.9s. This burn lasted for almost 3 minutes.

Spacecraft separation occurred at T+25m 42.8. Initial orbital parameters will be: perigee of 200 km altitude, apogee of 35,746.2 km altitude and inclination of 26,1 degrees. The satellite will then use its own engine to manoeuvre to geostationary orbit.

The Xichang Satellite Launch Centre is situated in the Sichuan Province, south-western China and is the country’s launch site for geosynchronous orbital launches, focusing on broadcast, communications and meteorological satellites. 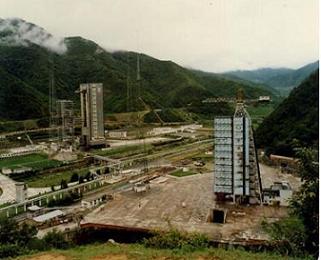 The center’s headquarters is in Xichang City, a distance of 65 km from the launch site. The climate in the region is subtropical, with an average annual temperature of 16 degrees C. Ground wind in the region is generally very mild all the year round.

(Images via Chinanews.cn and Eutelsat).