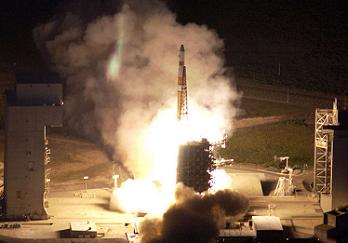 Often cited as a highly contentious issue by SpaceX head Elon Musk, the stranglehold on the US Air Force market appears to be loosening, following a Memorandum of Understanding (MOU) between the USAF, the NRO (National Reconnaissance Office) and NASA, which opens up the potential for commercial launch vehicles – such as Falcon 9 – to carry out EELV class launches.

The agreement to establish clear criteria for certification – of commercial providers of launch vehicles used for national security space and civil space missions – relates to a “new entrant launch vehicle certification strategy” in a cooperative effort by the Air Force, NASA and NRO, in order to take advantage of new launch capability for the three agencies missions.

The new entrant launch vehicle certification strategy is the latest step in a cooperative effort by the Air Force, NRO and NASA to further enable competition and expand the number of companies who are qualified to launch these missions.

The three agencies previously signed a Letter of Intent in October 2010, signalling their collaboration on launch requirements, and a Memorandum of Understanding in March, which outlined their plans for future EELV-class launch vehicle acquisition, including the need to coordinate their strategies for certifying new entrants into the field.

“This strategy is the best balance of ensuring reliable access to space while encouraging competition and innovation in the launch industry,” said Under Secretary of the Air Force Erin Conaton. “We are committed to providing a level playing field to all competitors in the interest of ensuring the best capability for our warfighters and the best value to the American public.”

The risk-based certification framework allows the agencies to consider both the cost and risk tolerance of the payload and their confidence in the launch vehicle. For payloads with higher risk tolerance, the agencies may consider use of launch vehicles with a higher risk category rating and provide an opportunity for new commercial providers to gain experience launching government payloads.

Within a given risk category rating, if new entrants have launch vehicles with a demonstrated successful flight history, then the government may require less technical evaluation for non-recurring certification of the new launch system. This new strategy further enables competition from emerging, commercially developed launch capabilities for future Air Force, NASA, and NRO missions.

The MOU will be followed by detailed guidance for prospective new entrants, which can be applied to any company, such as Orbital, or SpaceX – who immediately welcomed to the agreement’s announcement.

“SpaceX welcomes the opportunity to compete for Air Force launches. We are reviewing the MOU, and we expect to have a far better sense of our task after the detailed requirements are released in the coming weeks,” said Adam Harris, SpaceX Vice President of Government Affairs.

SpaceX are likely to offer their Falcon 9 and Falcon Heavy launch vehicles as options for USAF launch services.

Currently, the United Launch Alliance (ULA) EELV fleet of Deltas and Atlas’ carry out the vast majority of USAF launches, which SpaceX class as a “monopoly provider whose prices have consistently risen”.

Such language stems back to the legal arguments which resulted in court action in 2005, where SpaceX tried to block the formation of the ULA between Boeing and Lockheed Martin. 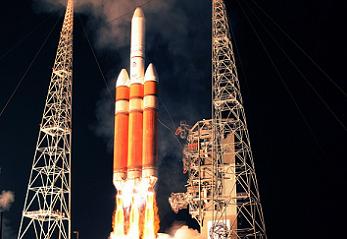 In a 44 page formal Complaint and Summons, SpaceX alleged a long history of anti-competitive conspiracy between the Atlas V and Delta IV launch programs. SpaceX claimed that Boeing and Lockheed Martin were guilty of manipulating the US Government-sponsored Evolved Expendable Launch Vehicle (EELV) rocket procurement program.

The anti-trust lawsuit continued through until 2006 – sandwiched by a dismissal – with SpaceX claiming it was being damaged by its exclusion form the USAF 2006 “Buy 3” EELV Launch Services contracts, receipt of past and future Air Force subsidies, and the USAF’s “pre-allocation” of EELV launches through 2011.

However, the case was dismissed – for a second time – in May, 2006, with Judge Florence-Marie Cooper of the US District Court of Central California noting that “SpaceX’s alleged injuries arise either from past awards for which it was not eligible to bid or future claims that are speculative and unripe.” 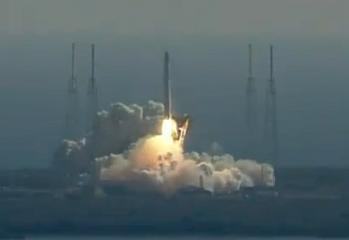 Now in 2011, SpaceX are back to prove their worth in competing for the launch service contracts, an open competition which they claim would save the American taxpayer billions of dollars.

Next up in the process will be the implementation plan, with the Air Force set to publish a new entrant certification guide, which will describe the process for reaching certified status.

In addition, the service is seeking opportunities for future missions that could be made available for new entrants and which would be used to collect technical data needed for their certification.