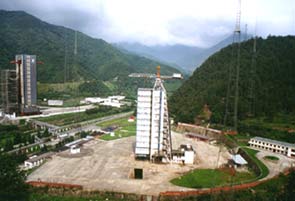 After the successful return of Shenzhou-8 on November 17, China entered on the final phase of its 2011 launch schedule with the launch of two research satellites, the SW-4 Shiyyan Weixing and the Chuang Xin-1 (3), from the Jiuquan Satellite Launch Center. The launch took place at 00:15 UTC on Sunday from the 603 (SLS-2) launch complex using a Long March (Chang Zheng) 2D launch vehicle.

The Shiyan Weixing-4 bird is a technology demonstrator satellite and will be used for experiments on new technologies. The satellites separated from the second stage of the launcher at around 0030UTC.

Also known as Tansuo-1 (28220 2004-012A), the first technological demonstrator SW-1 Shiyan Weixing-1 was launched at 1559UTC on April 18, 2004 by the CZ-2C Chang Zheng-2C (Y14) from the Xichang Satellite Launch Center. Supposedly, this satellite was part of China’s first digital imaging system capable of stereo Earth-terrain mapping.

The second satellite on board, the Chuang Xin-1 (3), was developed by the China Academy of Sciences and according to the state media the main mission objectives are atmospheric space environment detection system validation of new technologies and domestic components, assemblies and a variety of on-orbit testing and evaluation of a new payload.

The new satellite is also testing a system on the basis of satellite platform optimization, implemented around the flexible integration of payloads with high functionality.

The Jiuquan Satellite Launch Center was the first Chinese satellite launch center. Also known as the Shuang Cheng Tze launch center, the Jiuquan launch center is located in Ejin-Banner, a county in Alashan League of the Inner Mongolia Autonomous Region.

The manned program uses the South Launch Site Pad 921. This was built in the late 1990s and later added with the 603 Launch Platform for unmanned satellite launches. Apart of the launch pads, the launch complex has a technical centre where take place the preparations of the launch vehicle and spacecraft. 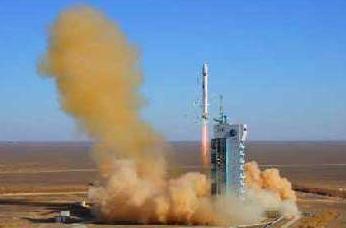 The CZ-2D is a two stage launch vehicle mainly used for launching LEO and SSO payloads. It is 41.056 meters long and 3.35 meters in diameter, with a launch mass of 232,250 kg. it is capable of launch a 3,500kg cargo in a 200 km circular orbit or 1,300 kg to a Sun-synchronous orbit. Its first stage is the same of the CZ-4 Chang Zheng-4. The second stage is based on CZ-4 second stage with an improved equipment bay. 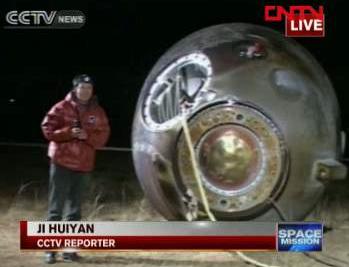 Shenzhou-8 was launched on October 31 and immediately after entering orbit started a two day pursuit of the unmanned module. The first docking took place at 2011UTC on November 2. This was decisive moment for the future of China space program.

The two vehicles stayed docked until 1126UTC on November 14, when they separated with the objective of making a second rendezvous and docking, but this time during the daily orbital phase of its orbits. The second docking took place at 1153UTC.

Shenzhou-8 and TianGong-1 separated a second time at 1030UTC on November 16 and initiated the return to Earth. This return is very similar to the return and reentry procedures make by the Russian Soyuz. Landing took place at 1132UTC, November 17, on Siziwang Banner, Inner Mongolia.

With the successful dockings in orbit, China saw the door opening for the next step in space and now prepares for the launch of two new missions in 2012.

At least one of these missions will be manned and probably will carry the first female taikonaut. Also, Shenzhou-8 was the last Shenzhou vehicle to suffer significant modifications in relation to the previous flight models.

Future missions will now use the same spacecraft design, which is intended for mass production.

(Images via: ChinaDaily and CCTV)