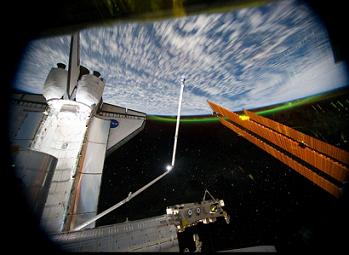 Just over two months after the launch failure of the Progress 44P unmanned resupply craft to the International Space Station, Russian Federal Space Agency officials have successfully docked the Progress 45P spacecraft to the International Space Station in a return to flight event that paves the way for the resumption of manned Soyuz launches to the orbital outpost on November 14.

Docking to the International Space Station (ISS) at 0741 EDT this morning, the Progress 45P resupply craft’s arrival at the ISS marked the first time since July 10, 2011 that a spacecraft has successfully reached the international laboratory.

That previous mission, the STS-135/ULF-7 flight of Space Shuttle orbiter Atlantis, marked the final time that large-scale resupply efforts – a  luxury only afforded by the tremendous up-mass and down-mass capabilities of the Space Shuttle orbiter – could be conducted by NASA and its international partner agencies.

As such, the Atlantis’s mission was instrumental in stockpiling nearly a year’s worth of supplies for the ISS and its ever-rotating crew.

Thus, when the Progress 44P mission failed to reach orbit on August 28, 2011 – just over one month after the end of the Space Shuttle Program – the ISS Program was not faced with the immediate demand to de-crew the Station as enough supplies existed to support a crew until the March 2012 time frame. 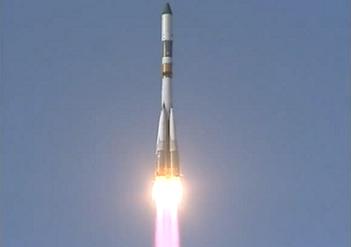 As such, Russian Federal Space Agency officials immediately grounded the Soyuz rocket  family and stated that no flights – both manned or unmanned – would take place until the issue was fixed.

This meant that the planned 30 September 2011 launch of the next three-person subset of the ISS crew on a Soyuz-FG rocket would be delayed indefinitely.

Since Soyuz spacecraft have an on-orbit lifetime certification limit, the very real possibility that the International Space Station would have to be de-crewed if Russia could not fix the Soyuz rocket family issue before the scheduled mid-/late-November return to Earth of the three members of the Expedition 29 crew arose.

According to official NASA documentation available on L2, “The big news for ISS of course is that with the 44P Progress launch anomaly there is some risk that the next crew rotation will not happen and we may need to be prepared to handle a period of time where the ISS does not have crew on board. 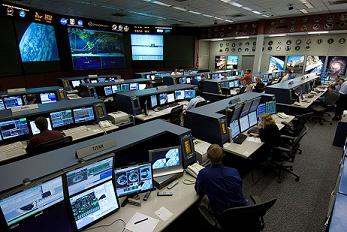 “MOD has been somewhat prepared for this eventuality of course. But with the advance notice of this possibility, Flight Director Scott Stover and his team, working in concert with the current Flight Director Increment lead Royce Renfrew, has been working hard re-looking at our de-crew plan.”

In all, the MOD notes praised the work and preparedness of the teams in dealing with this potentiality. “They have done an outstanding job thinking through all of the possible risks and making sure that we [were] minimizing any threats to ISS while there [would have been] no people on board to assist in dealing with issues.”

However, Russian officials have found and corrected the issue in the Soyuz rocket family, and the risk of de-crew has dropped into the “low” category of probability.

What could have been: De-crewing the ISS:

While the overall outlook and possibility for de-crewing the ISS dropped significantly with Sunday’s successful launch of the Progress 45P from the Baikonur Cosmodrome in Kazakhstan, the preparations made by NASA and RSA for the possible de-crew scenario were nothing short of impressive as they once against highlighted how these two space agencies can deal with anything that develops.

As the MOD notes relate, “The overall configuration of the station [would have] largely [been] to close most of the hatches in case of a depress event, shut down all unnecessary equipment, and run only the gear required to keep the overall systems functional and maintain some capability for payloads (especially not lose existing science data).”

Likewise, all major fans and thermal systems would have remained online during the de-crew event as they would have been needed to prevent temperature gradients and condensation build up.

But keeping systems online and closing hatches between modules were not the only things that the ISS community had to consider in this case.

“Working with the avionics community, the team came up with some very clever ways to work around possible failure cases,” notes the MOD statement.

“If we lost Sband communications for some reason, in the past we would have to perform all our USOS communication using the Russian communication assets thru ground sites only. This is a very limited capability. Our team came up with a way to safely connect the SSC laptop to the PCS command and control laptops over the Ethernet.

“This [would have allowed] the ground to virtually operate the ISS by calling up CDDT displays to look at telemetry and execute commands using the Ku communication system routed via the OCA” in the event that Sband communication capability was lost after the ISS had been de-crewed.

Paving the way for the 28S Soyuz mission:

More than just demonstrating the safe return to flight of the Soyuz rocket and the Progress resupply crafts for the International Space Station, the successful launch and docking of Progress 45P specifically paves the way for the scheduled November 14th launch of the Soyuz 28S mission to the ISS with the final three crewmembers of the Expedition 29 increment. 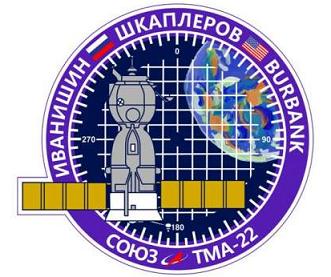 With a readiness review for the Soyuz-FG rocket and TMA-22 spacecraft completed before Sunday’s launch of the Progress 45P spacecraft, Russian officials gave the Soyuz rocket and the crew capsule a “tentative ‘GO’ pending final test results.”

That final test was largely considered to be the safe, in-flight demonstration of the Soyuz-U rocket’s third stage during the launch of the Progress 45P craft.

Russian officials are expected to sign off on the launch of the 28S Soyuz mission later this week or early next week since there were no other “formal” issues identified with the rocket or spacecraft other than the tech issue which appears to have been solved.

(Images: NASA, Roscosmos) (NSF and L2 are providing full future level coverage, available no where else on the internet, from Orion and SLS to ISS and COTS/CRS/CCDEV, to European and Russian vehicles.)