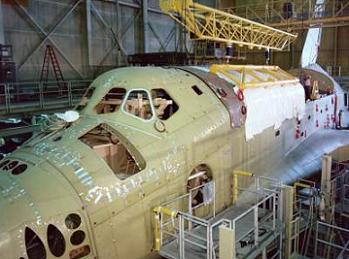 Space Shuttle orbiter Atlantis was powered down for the final time on Thursday, following a 26 year, 33 mission career. With her retirement, the world-famous space ship will at least remain at the Kennedy Space Center (KSC), a spaceport which is continuing to transition its shuttle facilities – as seen with the upping of the pace for “releasing” OPF-1 (Orbiter Processing Facility).

Atlantis is also the only Shuttle orbiter named after an Earth-bound American research vessel. Specifically, the orbiter Atlantis takes her name from the 1930-1966 two-mastered boat that served as the primary research vessel for the Woods Hole Oceanographic Institute of Massachusetts.

Construction of the fourth and originally final Space Shuttle orbiter for NASA’s fleet began on January 29, 1979 when NASA awarded the contract to build OV-104 (Orbiting Vehicle 104) to Rockwell International.

Start of structural assembly of OV-104’s crew module began on March 30, 1980, before engineers at Palmdale began final assembly of OV-104’s constituent parts – a procedure which was complete on April 10, 1984. After an additional full year of end-to-end testing of all of her systems, construction was complete, and on April 6, 1985 the new Space Shuttle orbiter Atlantis was rolled out of her construction facility.

Three days after Shuttle Atlantis’ rollout ceremony at Palmdale, she was transported overland to Edwards Air Force Base, CA where final preparations were made for her cross-country ferry flight – culminating in delivery to the Kennedy Space Center on April 13, 1985: 4 years and one day after the very first Shuttle flight.

Atlantis’ first mission would be STS-51J, which launched on October 3, 1985. Her Department of Defence (DOD) mission involved her deploying a classified payload, before returning to Earth to landing at Edwards Air Force Base, California at 13:00.08 EDT on runway 23 on October 7.

Her final mission was the last flight of the Space Shuttle Program (SSP). Carried out flawlessly, STS-135 was a late addition to the manifest, allowing Atlantis the honor of closing out the program when she returned back to the Kennedy Space Center in July. (Animation created from some of the 114 hi res photos (all available in L2) taken by Mike Fossum on the ISS)

“It’s bittersweet as Atlantis comes home where she will forever stay. I couldn’t have more pride in this Space Shuttle team for your service to KSC, NASA, and America. What this team has accomplished over the past 30 years will be talked about and admired for generations to come,” noted KSC Director Bob Cabana in an emotional address to the workforce.

Work will continue on Atlantis, as she is prepared for going on display in a new facility at the visitor center, which will become her new home late in 2012, or early in 2013.

However, with the final task requiring a powered up status – the stowing of the Ku-Band antenna – Thursday morning saw the orbiter put to sleep for one final time. 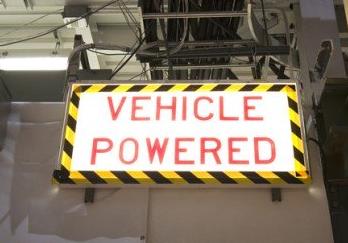 The event – which engineers present at the time noted – was highly emotional, as the “Vehicle Powered” sign was turned off, as it has already been for Discovery, never to be lit again.

“Technicians in Orbiter Processing Facility-2 are scheduled to power down Atlantis for the final time Thursday. The shuttle’s Ku-band antenna also will be stowed for the last time. Wednesday, techs removed Atlantis’ airlock from the payload bay. The airlock is set to be transferred temporarily to Kennedy’s Space Station Processing Facility today,” noted a status report.

Eventually, Atlantis will depart OPF-2, as all three facilities are turned over to the 21st Century Space Launch Complex effort, which has already seen OPF-3 handed over to one of NASA’s Commercial Crew Development (CCDev) suitors – Boeing and their CST-100 spacecraft – after signing a 15 year lease via a NASA agreement with Space Florida, the State’s aerospace economic development agency.

OPF-1 was also the subject of a Program Requirements Control Board (PRCB) meeting this month, relating to the potential to provide an early turnover of the facility from its current role with the orbiter.

The meeting presentation noted the need to identify risks and schedule impacts of the early OPF-1 release schedule versus the baseline orbiter processing schedule, along with assessing the possibility and schedule improvement of accelerating Endeavour’s processing assuming early turn-over of OPF-1 is approved.

Such a turnover is directly related to the current “repurposing” efforts for the Space Launch System (SLS) and commercial entities, something which proved to be a major issue for the recent proposal to restart shuttle operations, which was concluded last week after a final meeting with NASA. 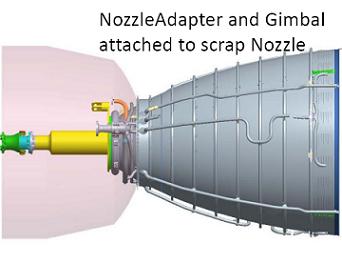 Endeavour – who is donating some of her Main Propulsion System (MPS) hardware to the SLS program – is also yet to receive her three Replica Shuttle Main Engines (RSMEs), required as she has also donated her three flight-proven SSMEs to SLS.

“OV-105 (Endeavour) schedule is independent of OPF Bay 1 early release. OV-105 schedule is based on SLS/RSME work,” noted the PRCB presentation, available to download on L2. “Only improvements to SLS timelines can accelerate 105’s dates. Add 3rd shift and/or weekends.”

Based on the requirement for the orbiters to provide some early assistance to the SLS teams, Transition and Retirement (T&R) flow timelines and projected “delivery” dates, the PRCB concluded they believe it is possible to vacant OPF-1 by July, 2012. 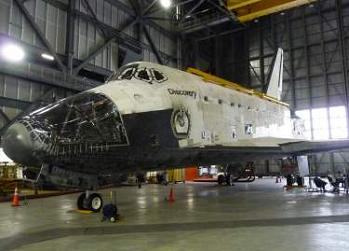 “T&R milestones/vehicle delivery dates will continue to be assessed and optimized to improve timelines. Additional risks of performing work in the VAB (Vehicle Assembly Building) can be mitigated and is within experience base.”

With only two OPFs being used by the orbiters, they will continue to take turns in spending a “vacation” in the VAB. The next switch is expected to take place in January.

To read about Atlantis from birth through to retirement, click here for the links:
http://forum.nasaspaceflight.com/index.php?topic=25785.0