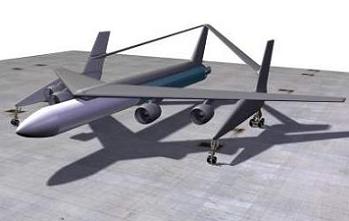 Funded as a Paul G. Allen project under the banner of Stratolaunch, Burt Rutan is taking his space tourism concept a step further, by developing an air-launch system for payloads in the 10,000lbm class into Low Earth Orbit (LEO). The system will be able to launch from several possible operational sites and eventually aims to provide crewed services.

The air-launch system is made up of four primary elements: a carrier aircraft – a super large derivative of SpaceShipTwo’s carrier plane, a multi-stage booster – namely a Falcon 4 or 5, a mating and integration system, and an orbital payload.

Very few actual details were revealed at the Seattle media event, partly due to competition issues and partly because the concept has not yet reached the Preliminary Design Review (PDR) stage and thus only exists on hundreds of technical drawings.

However, Stratolaunch confirmed that their initial efforts will focus on unmanned payloads, citing a gap in the market for the Delta II class upmass league – as much as they omitted mentioning other vehicles they will be in competition with, such as the recently renamed Antares, which will be operated by Orbital.

“Stratolaunch Systems has assembled a team of innovative aerospace leaders to build and deliver a commercial air launch system. Scaled Composites will build the carrier aircraft; SpaceX will provide the booster and space launch mission design and mission integration services,” noted the company’s release on Tuesday.

The concept of air-launch is nothing new, leading to somewhat of a mixed reaction in parts of the space flight community. Orbital themselves operate a smaller scale air-launch system via their Pegasus rocket – which is launched from underneath their L-1011 aircraft.

Other concepts – such as the ALTO Crossbow System – have been seen over the years, with the aforementioned system based on an airframe which could launch various rockets and transporters.

Conceptual designs and graphics (L2) show this system with a Delta IV rocket being carried by the airframe, which is roughly what Stratolaunch are proposing with their design.

Stratolaunch’s carrier aircraft, built by Scaled Composites, weighs more than 1.2 million pounds and has a wingspan of 385 feet. Using six 747 engines, the carrier aircraft will be the largest aircraft ever constructed. 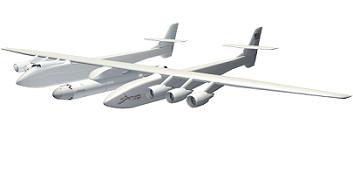 The air-launch system requires a takeoff and landing runway that is, at minimum, 12,000 feet long. The carrier aircraft can fly over 1,300 nautical miles to reach an optimal launch point.

The company announced they have already acquired two 747s to become the opening hardware for this system. 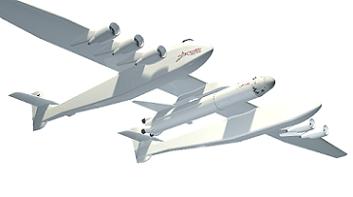 The multi-stage booster is derived from SpaceX’s Falcon 9 rocket, with Tuesday’s media event noting this vehicle will be either a Falcon 4 or Falcon 5 vehicle – based on the number of engines it will use.

“Paul Allen and Burt Rutan helped generate enormous interest in space with White Knight and SpaceShipOne,” said SpaceX President Gwynne Shotwell. “There was no way we weren’t going to be involved in their next great endeavor. We are very excited.”

At approximately 120 feet long, the booster is designed to loft the payload into LEO. After release of the booster from the aircraft at approximately 30,000 feet, the first stage engines ignite and the spacecraft begins its journey into space.

After the first stage burn and a short coast period, the second stage ignites and the orbital payload proceeds to its planned mission. The booster’s health and status during flight is monitored from the carrier aircraft and on the ground. 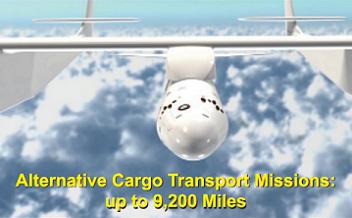 Although the carrier plane’s role will be based heavily on Burt Rutan’s heritage at Scales Composites, the challenge of being able to host such a large launch vehicle safely will be partly down to Dynetics to solve, as their work on the mating and integration system (MIS) aims to provide the single interface between the carrier aircraft and the booster.

“We are excited to play such a major role on this system. This is an ambitious project unlike any that has been undertaken and I am confident the Stratolaunch team has the experience and capabilities to accomplish the mission,” said Dynetics Executive Vice President and Stratolaunch Board Member David King.

The MIS includes all systems required for the booster to interface with the carrier aircraft, including mechanical, electrical, thermal, fluids, and gases. The MIS is designed to safely and securely carry a booster weighing up to roughly 500,000 pounds.

The MIS will secure the booster to the carrier aircraft, from taxiing to flight maneuvers to release of booster.  In the case of a mission abort, the MIS will keep the booster secure during return to base and landing.

The mating and integration system will be manufactured in Huntsville, Alabama in Dynetics’ new 226,500 square foot prototyping facility. 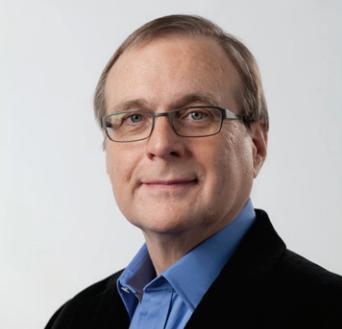 Investor and philanthropist Paul G. Allen is the man with the money behind the project, with all other related companies acting as subcontractors to Stratolaunch. Mr Allen co-founded Microsoft with Bill Gates in 1975 and remained the company’s chief technologist until he left Microsoft in 1983. He is the founder and chairman of Vulcan Inc. which oversees his business and philanthropic efforts.

In 2004, Allen funded SpaceShipOne, the first privately-backed effort to successfully put a civilian in suborbital space and winner of the Ansari X-Prize competition. Stratolaunch’s drive is a direct follow on from Allen and Rutan’s original partnership.

“I have long dreamed about taking the next big step in private space flight after the success of SpaceShipOne – to offer a flexible, orbital space delivery system,” Allen said. “We are at the dawn of radical change in the space launch industry. Stratolaunch Systems is pioneering an innovative solution that will revolutionize space travel.”

The Stratolaunch system will eventually have the capability of launching people into low earth orbit. But the company is taking a building block approach in development of the launch aircraft and booster, with initial efforts focused on unmanned payloads. Human flights will follow, after safety, reliability and operability are demonstrated.

Mr Allen himself admitted that he would not want to fly in either SpaceShipTwo or this new concept until it had proven itself many times over. He cited being conservative about life as the main reason for being wary.

(Images via Stratolaunch and L2)

Taurus II changes name to the Antares ahead of debut launch