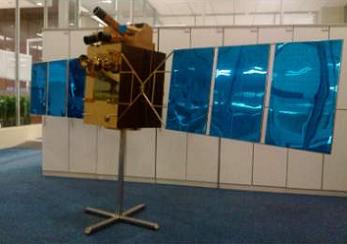 China launched a new high-resolution remote sensing satellite on Monday at 03:17 UTC using the Long March 4B (Chang Zheng-4B -Y26) launch vehicle from the Taiyuan Satellite Launch Center. According to the official Xinhua News Agency, the ZiYuan-3 its first high-resolution geological mapping satellite, to be used for civil purposes.

The ZiYuan-3 (ZY-3) is the first of a new series of high-resolution civilian remote sensing satellites, grown from a project that was initiated in March 2008.

At launch the satellite had a mass of 2,630 kg. The satellite is equipped with two 3 meters solar arrays for power generation and will orbit a 505.984 km sun-synchronous solar orbit with 97.421 degree inclination. This orbit will have a re-visit cycle of 5 days.

Operational period will be four years with a possible life extension to five years.

The new satellite will conduct surveys on land resources, help with natural disaster-reduction and prevention and lend assistance to farming, water conservation, urban planning and other sectors, surveying the area between 84 degrees north and 84 degrees south latitude.

The ZiYuan program seems to cover different civil and military earth observation as well as remote sensing programs. The ZiYuan-1 program is focused on Earth resources and looks to have two distinct military and civil branches (this one being operated together with Brazil).

The ZiYuan-2 program is probably used for aerial surveillance being operated by the People’s Liberation Army (PLA) while the new ZiYuan-3 series will be used for stereo mapping (like the TH-1 TianHui-1 mapping satellite that is operated by the PLA). ZiYuan-3 will be operated by the State Bureau of Surveying and Mapping.

Together with ZY-3, China also launched the VesselSat-2 microsatellite built by LuxSpace Sarl, an affiliate of OHB AG.

Vesselsat-2 weighs 28 kg and will be integrated into ORBCOMM’s Next Generation (OG2) constellation of 18 AIS-enabled satellites after an in-orbit test and checkout phase.

The exclusive rights to use the data of the Automatic Identification System (AIS) payload belong to ORBCOMM Inc., a global supplier of satellite-based communication and data services. 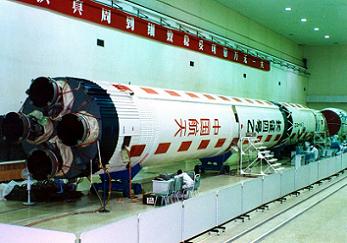 SAST began to develop the Chang Zheng-4B in February 1989. Originally it was scheduled to be commissioned in 1997, but the first launch didn’t take place until late 1999. The modifications introduce on the CZ-4B Chang Zheng-4B included a larger satellite fairing and the replacement of the original mechanical-electrical control on the Chang Zheng-4 with an electronic control. 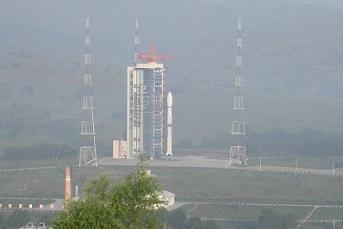 The center is at a height of 1400-1900m above sea level, and is surrounded by mountains to the east, south and north, with the Yellow River to its west. The annual average temperature is 4-10 C, with maximum of 28 C in summer and minimum of -39 C in winter.

The launch center has two launch complexes with a launch pad each (LC7 and LC9), a technical area for rocket and spacecraft preparations, a communications complex, mission command and control complex, and a space tracking complex.

The launchers are assembled at the launch pad using a crane at the top of the umbilical tower to hoist each stage in place. Satellites are airlifted to the Taiyuan Wusu Airport 300 km away, and then transported to the center by road.

(Images via ChinaNews.com and Xinhua)

ESA and Arianespace closing in on Vega’s debut launch