The six-member crew of the International Space Station (ISS) have been hard at work over the past few weeks, performing multiple hardware and software upgrades in order to ready the station to support the new fleet of commercial resupply vehicles, ahead of next month’s inaugural visit of SpaceX’s Dragon spacecraft to the orbital outpost.

The first upgrades needed to support the Dragon spacecraft, scheduled to visit the station for the first time on the combined COTS-2/3 (C2/C3) mission in February, were to the COTS UHF Communication Unit (CUCU) and its associated Crew Command Panel (CCP). 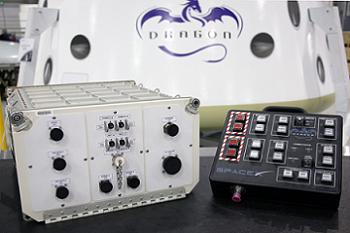 The CUCU, delivered to the ISS on STS-129 in November 2009, is an avionics box that plugs into the ISS in order to allow communication between the station, through its antennas, and the SpaceX Dragon, by converting and relaying signals between the two spacecraft.

The CCP allows the ISS crew to interact with Dragon, by issuing commands to Dragon via the CUCU in response to crew inputs to the panel, such as rendezvous abort, Dragon strobe light on/off, and other commands.

Having been aboard the ISS for over two years, during which time the Dragon spacecraft software has changed from its original version, both the CUCU and CCP needed software updates in order to support Dragon’s inaugural arrival at the station in February.

Beginning in late November 2011, a new software version, called R3.2, was loaded into the CUCU. The updates were to the Remote Input/Output (RIO) control modules, the radio, and the 1553 card on both of the CUCU’s two redundant strings of electronics, called 1a and 1b. 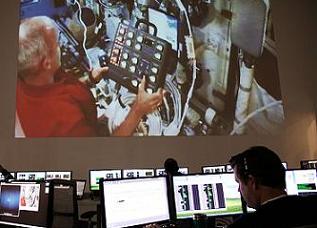 Following the CUCU update, a remote checkout of the CUCU was performed, with tests involving performing transmit and receive tests between Earth and both of the CUCU’s redundant strings. Only a minor command line issue was discovered, which was resolved after cycling the circuit breaker for the RIO-A, which verified CUCU command capability.

The subsequent CCP update, which was firmware of version R3.2 for both of the two CCPs aboard the ISS – Primary and Backup – was originally scheduled to be performed soon after the CUCU update, however was delayed due to issues with test communication links between the ISS and NASA’s Dryden Flight Research Center (DFRC) in California.

The firmware upgrade was eventually performed on 4th January 2012, which was followed by successful testing by SpaceX Mission Control (MCC-X) in Hawthorne, California. As such, both the CUCU and the CCP are now ready to support the Dragon flight in February.

The next ISS upgrade in support of Dragon’s visit was to the station’s Multiplexer/Demultiplexer (MDM) computers. MDMs are part of the ISS Command & Data Handling (CDH) system that controls all aspects of the ISS and its sub-systems.

As their name implies, MDMs perform multiplexing and demultiplexing functions, which essentially means that they send and receive multiple signals and data streams between the ground and the ISS, or ISS laptops and ISS systems, or ISS systems and other systems.

The MDMs consist of processor cards which allow them to perform their various functions, and it is one type of these cards which were the subject of the upgrades. Specifically, the new cards were called Enhanced Processor & Integrated Communications (EPIC) cards, which feature faster processors, increased memory, and an Ethernet port for data output.

The EPIC upgrades are needed to support the new commercial resupply vehicles, since the cards control communications between the ISS and Visiting Vehicles (VVs), the Space Station Remote Manipulator System (SSRMS), which is used to capture VVs, and Common Berthing Mechanism (CBM) ports, to which VVs berth. 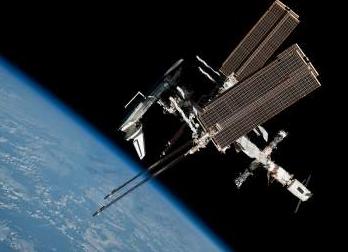 Overall, the EPIC card transition updated the ISS software from X2_R9 to X2_R10, which is essentially the same as the previous version, but upgraded to run on the faster EPIC card – no new functionality will be added.

The EPIC transition was originally scheduled to occur in August 2011, but was delayed when problems were discovered with several EPIC cards, which L2 information shows was that “some of the cards are more susceptible to noise than the others which could result in a power supply shut down”. As a result, additional testing was needed. 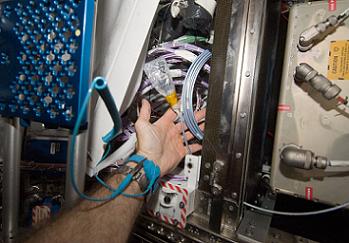 At the same time, the launch failure of the Progress M-12M/44P spacecraft on 24th August and subsequent knock-on effect of reduced ISS crew, which meant that less time was available for EPIC transition work due to research commitments, pushed the EPIC transition into late December/early January.

The transition was a two-man job, with US astronaut Don Pettit performing full tests of the EPIC cards to verify their functionality, prior to handing them to ISS Commander Dan Burbank for installation into the MDMs, located within the Avionics racks in the US Destiny laboratory. 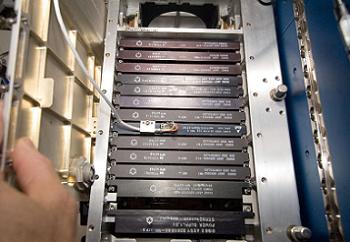 The complex operations began on 28th December, with the old non-EPIC card being removed from the C&C-1 MDM and replaced with the new EPIC card, thus transitioning C&C-1 to EPIC. Following verification of correct operation, the 29th December saw the C&C-2 MDM transitioned to EPIC using the same process.

On the 30th December, the upgraded C&C-1 EPIC MDM was switched to Primary C&C MDM, and the C&C-2 EPIC MDM became Backup C&C MDM. The only remaining non-EPIC C&C MDM, C&C-3, was put into Standby mode, available as a “back-out” option should problems have arisen in the new EPIC Primary & Backup C&C MDMs.

An EPIC software patch for the station’s Portable Computer System (PCS) laptops was then uploaded, marking the successful completion of the transition of the three C&C and two GNC MDMs to EPIC cards, and the updating of ISS software from X2_R9 to X2_R10.

Although, as detailed above, the EPIC cards will enable support for commercial cargo vehicles and additional payloads, the actual support will come from additional hardware and software upgrades over the coming weeks. 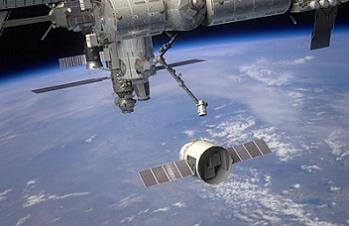 In order to be able to support the commercial cargo vehicles, the ISS must yet undergo another software upgrade, this time from its current X2_R10 to the new X2_R11, which will, amongst other things, update the ISS Mobile Servicing System (MSS) software to version 7.1, which will give the SSRMS software the updates required to support robotics activities associated with commercial cargo vehicles.

Source information shows that the X2_R11 transition will occur in two parts, the first part from 15th to 17th January, and the second part from 29th January to 1st February, a schedule which should give the ISS the software required to support the inaugural Dragon visit six days prior its currently planned launch on 7th February.

Although not a requirement for support of commercial cargo vehicles, a further hardware and software upgrade will be needed in order to allow the ISS to support additional payloads. This will consist of upgrading two payload MDMs with EPIC cards, and then performing another ISS software update, called X2_PEP_R10.

This upgrade, which also includes a software update for the Permanent Multipurpose Module (PMM), will add Ethernet support for the C&C and Payload MDMs, which will provide a faster path for data being downlinked from the ISS to Earth. Source information shows that this transition will occur No Earlier Than (NET) February.

SpaceX to begin testing on Reusable Falcon 9 technology this year