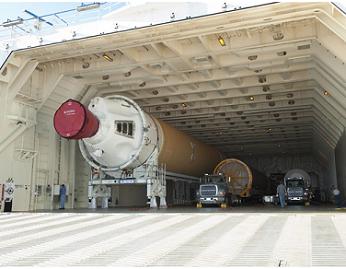 The Delta Mariner – carrying hardware elements targeting two future launches – collided with the Eggner’s Ferry Bridge over Kentucky Lake on Thursday night. However, despite extensive damage to the bridge, no serious injuries were reported. ULA have noted that there will be no mission impact to the Advanced Extremely High Frequency (AEHF-2) and Radiation Belt Storm Probes (RBSP) missions.

The Mariner – which is capable of carrying up to three common booster cores on the 2,100 mile journey from Alabama to Florida – was originally designed to carry Delta IV hardware from the production plant to the launch sites, while the Atlas hardware was delivered from its production facility in Denver to the launch sites by aircraft.

This process was reviewed in 2009, when the Atlas V production line was consolidated in Decatur, leading to ULA evaluations into common transportation options for both vehicles and the potential cost savings.

In mid-2011, Atlas hardware began sharing a ride on the Delta Mariner, completing a dual shipment, carrying both Atlas and Delta stages to Florida for future missions.

The ship was carrying an Atlas first stage and a Centaur upper stage for the April mission to launch the Air Force’s Advanced Extremely High Frequency (AEHF-2) satellite.

The system will eventually consist of four spacecraft in geostationary orbits, with one bird already in orbit. AEHF is replacing the older Milstar system and will operate at 44 GHz Uplink (EHF band) and 20 GHz Downlink (SHF band).

RBSP is being designed to help us understand the Sun’s influence on Earth and Near-Earth space by studying the Earth’s radiation belts on various scales of space and time. 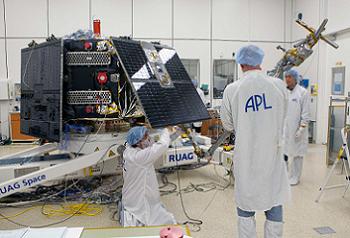 The instruments on NASA’s Living With a Star Program’s (LWS) Radiation Belt Storm Probes (RBSP) mission will provide the measurements needed to characterize and quantify the plasma processes that produce very energetic ions and relativistic electrons.

The RBSP mission is part of the broader LWS program whose missions were conceived to explore fundamental processes that operate throughout the solar system and in particular those that generate hazardous space weather effects in the vicinity of Earth and phenomena that could impact solar system exploration.

RBSP instruments will measure the properties of charged particles that comprise the Earth’s radiation belts, the plasma waves that interact with them, the large-scale electric fields that transport them, and the particle-guiding magnetic field.

The two RBSP spacecraft will have nearly identical eccentric orbits. The orbits cover the entire radiation belt region and the two spacecraft lap each other several times over the course of the mission. The RBSP in situ measurements discriminate between spatial and temporal effects, and compare the effects of various proposed mechanisms for charged particle acceleration and loss. 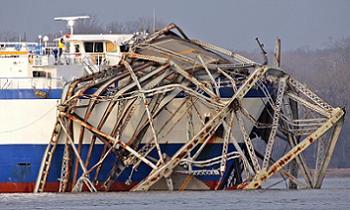 The Delta Mariner, owned and operated by Foss Marine, made contact with the Eggner Ferry Bridge at US Highway 68 and Kentucky Highway 80 over the Tennessee River Thursday evening at 8:15 pm. Central Time resulting in a portion of the bridge collapsing, noted ULA in a release.

Kentucky Transportation Cabinet (KYTC) spokesperson Keith Todd told the media that it was a miracle no one was killed, as there were four cars on the bridge and an off duty officer about to cross. Despite damaging two spans of the bridge, no vehicles were on those sections when the accident occurred.

While an investigation will likely reveal the cause of the accident, it appears the ship may have been off course, or mis-directed, given the bridge has lights that span navigable waterways. 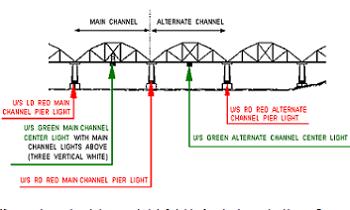 One of the spans of the bridge was completely destroyed and became wrapped around the around the front portion of the vessel, but appears to have avoided any hull damage. 20 crewmembers were on board the Delta Mariner, none of which were injured during the accident.

“The Mariner cargo area of the ship and the flight hardware did not experience any damage. The hardware is well instrumented and all data from these instruments is being reviewed to confirm that there were no issues. The Coast Guard is conducting an investigation,” added the ULA statement.