Aerojet’s confidence in Next Generation Engine and green propellants 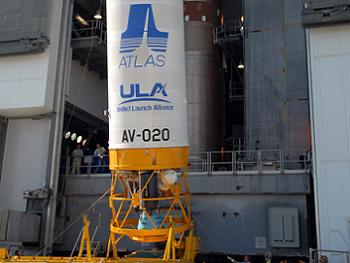 Californian aerospace company Aerojet believe they are in a good position to continue their advancements in the development of rocket engines, ranging from the Next Generation Engine (NGE) for the US Air Force’s Evolved Expendable Launch Vehicle (EELV) program, through to environmentally “green” propellants for propulsion hardware.

While Aerojet are already involved in a wide range of propulsive requirements for launch vehicles and spacecraft, work is already well under way for their effort to become the provider of the Next Generation Engine (NGE), a process started via the Air Force’s Request For Information (RFI) over a year ago.

The RFI noted it was seeking an Upper Stage engine utilizing modern design and manufacturing methods, while it would be expected that the new engine will demonstrate state-of-the-art operating margin and reliability and minimize life-cycle costs, with an aim of replacing the RL-10 – which is used in various forms with Atlas’ Centaur Upper Stage (RL-10A-3) and Delta IV’s Upper Stage (RL-10B-2).

Aerojet recently noted they had successfully completed a major milestone in the development of a ground demonstrator for the Next Generation Engine (NGE) program, announcing the completion of the Preliminary Design Review (PDR) of the turbopump assembly.

The engine under development – which is yet to receive a name – would not be restricted to just US Air Force/EELV use, according to Julie Van Kleeck, Aerojet Vice President, Space & Launch System speaking in an interview with NASASpaceflight.com.

“For now we are assuming the RL-10 engine requirements with additional consideration of the requirements put forth in the AF September 2010 RFI. (Next Generation Engine (NGE) Request for Information; Solicitation Number: SMC10-55; Agency: Department of the Air Force; Office: Air Force Space Command; Location: SMC – Space and Missile Systems Center).

“We do believe this engine can serve future civil as well as Air Force needs.” 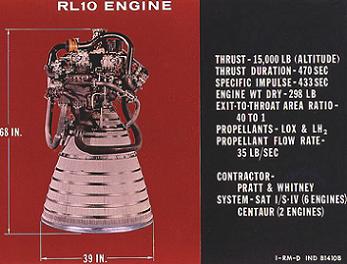 Aerojet – who previously noted it has been decades since there has been an open engine competition in the United States – added they are unable to compare their new engine to an RL-10 derivative at this stage. However, they are confident they can present their NGE as a major step forward.

“We don’t know many specifics about RL-10 derivatives since little has been made public. Aerojet believes that our offering for NGE will make major improvements over the current RL-10 in cost and reliability and have equal or greater performance depending on configuration,” added Ms Van Kleeck.

The Californian-based company are involved in a number of future engine projects, not least the advanced booster for the Space Launch System (SLS), but also in the field of environmentally “green” engines.

With experience in working with Hydroxylammonium nitrate or hydroxylamine nitrate (HAN) powered engines for uncrewed spacecraft, Aerojet noted they are also working on a nitrous-ethanol bipropellant system for Human Space Flight applications. 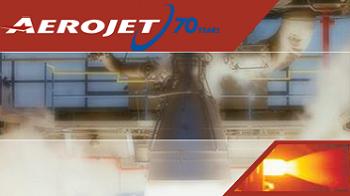 “While Aerojet has been developing HAN-based monopropellants for a wide range of applications since 1990, Human Spaceflight is not a current focus for this effort. For HSF, our current green propulsion focus is a nitrous-ethanol bipropellant system,” noted Ms Van Kleeck.

It has been publicly known that HAN is being developed as a potential propellant for launch vehicles, both in the solid form as a solid propellant oxidizer, and in the aqueous solution in monopropellant rockets. 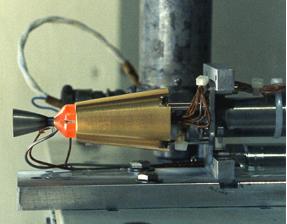 “For the HAN-monopropellant systems we are currently focused on robotic spacecraft and defense applications,” Ms Van Kleeck continued. “Aerojet has successfully tested HAN thrusters from 0.2 lbf up to 150 lbf and has found no limitations to developing even higher thrust engines. When developing new, green propellants, one needs to consider both environmental and safety issues.

As aforementioned, Ms Van Kleeck noted that Aerojet place a large amount of consideration on both the environmental and safety elements of their advanced propellants, not least their impact on humans, but also for the atmosphere of Mars. 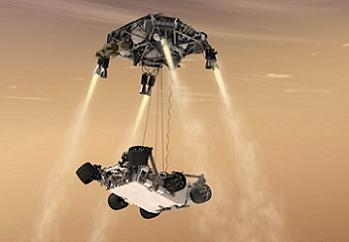 “For interplanetary missions to Mars, NASA has chosen Aerojet’s monopropellant hydrazine thrusters for both cruise and landing for all Mars landers to date for the simple reason that hydrazine (N2H4) does not contain carbon.

“For all advanced propellants, both environmental and safety considerations are very important, and our selections are based on a balance of both of these critical factors. Insofar as toxicity to humans, we have done extensive work on our selected propellants and have found that they meet our requirements.

“Just as important, extensive testing has shown that our propellants are the safest to handle and use in typical test and operational settings.”

(Images: Via NASA, ACS.org and Aerojet.)