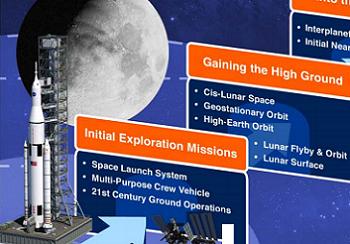 The Space Launch System (SLS) teams are looking into the potential of finding extra roles for the vehicle, in addition to – or in tandem with – the flagship exploration missions, noting its availabity for Department of Defense (DoD) payloads and even what is known as “Secondary Payloads” – allowing satellites to hitch a ride with the Heavy Lift Launch Vehicle (HLV).

As outlined in previous articles on this site, NASA managers are continuing with their efforts to refine the Design Reference Mission (DRM) roadmap for the Agency’s new flagship launch vehicle.

While that process continues, clues to the roadmap’s foundations can be found in NASA documentation, such as the SLS Concept Of Operations (Con Ops) presentation (available on L2 – Link to Presentation), which provides a detailed overview of the large number of the DRMs under consideration.

As to when the process will be complete, a lot will depend on information relating to budget support for NASA, specifically the SLS and Orion programs.

In turn, SLS managers need to present a roadmap and a schedule which is far removed from the “worst case” scenario, one which sees SLS involved in a widely-spaced opening salvo of missions, before increasing to a flight rate of just one mission per year in the 2020s – an unacceptably low flight rate in most people’s eyes.

NASA managers are fully aware of this, with the SLS team already looking as far ahead as FY14 in their recent manifest meeting, based mainly around the previously reported wish to halve the gap between SLS-1 in 2017 and SLS-2.

With the “worst case” manifest showing SLS-2 would launch in 2021 – otherwise known as the first crewed mission for SLS and Orion – it is understood that if this mission cannot be advanced to 2019, an alternative option would be to launch SLS on a cargo mission in that year.

It has not yet been determined what type of cargo would fly on the SLS – a Block I (70mt) HLV – in such a schedule scenario.

Other Roles For SLS:

SLS’ design was technically selected ahead of knowing what specific missions it would be conducting. While it has been argued the payloads should determine the design of the launch vehicle, its upmass capabilities and fairing size options at least provide some guidelines to its future passengers. 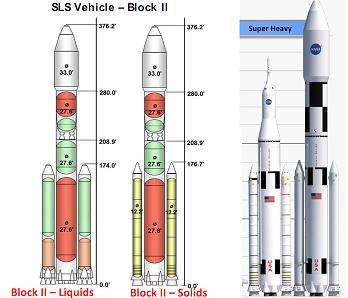 As noted in the SLS Con Ops presentation, flexibility is inherent with a vehicle that will debut as a 70mt deriviative, prior to growing to 100mt (Block IA) and later to a 130mt (Block II). The aim is to evolve the SLS to its full capability in time for potential missions to Mars.

“The SLS changes the paradigm of what can be launched, because its launch performance is far greater than that of any current vehicle. In addition, its dramatically larger launch fairing enables launching large, multi-element systems, greater science instrument mass fraction, larger electrical power supplies, and more mass for shielding and lower-complexity engineering solutions,” noted the SLS Con Ops presentation.

“This translates into an earlier return on science, a reduction in mission times, and greater flexibility for extended science missions.”

Notable additions to the DRM section of the presentation are roles for the SLS which are separate from those which involve NASA’s future exploration aspirations.

One of these additional roles relates to “Secondary Payloads” – in other words, spacecraft – usually much smaller than the primary passenger – that could potentially hitch a ride uphill with the SLS. 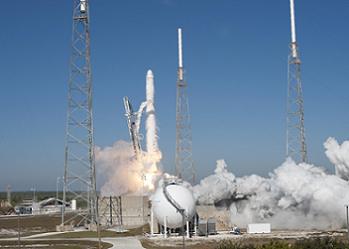 The subject of secondary payloads became an important subject for SpaceX recently, as the Californian company noted its agreement to launch 18 ORBCOMM Generation 2 (OG2) satellites would be carried out – as secondary payloads – during Falcon 9 launches.

Originally, the delivery of the second-generation satellites into Low Earth Orbit (LEO) was set to be carried out on the Falcon 1e launch vehicle.

SpaceX noted the switch to Falcon 9 was made to further maximize the cost-effectiveness of their COTS/CRS missions, by including these additional payloads as passengers on the Falcon 9′s second stage, allowing them to be deployed after the Dragon spacecraft separates from the launch vehicle. 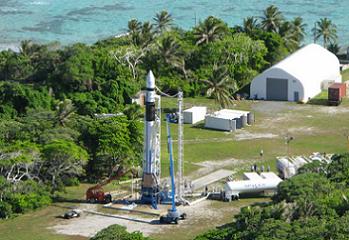 When SpaceX were asked if there was still a future role for Falcon 1/1e following this switch, the company’s communications director Kirstin Brost Grantham told NASASpaceflight.com: “Current plans are for small payloads to be served by flights on the Falcon 9, utilizing excess capacity. This is a very cost effective solution for small satellite launch needs.”

With a number of the OG2 satellites set to fly with the next Falcon 9 – the combined COTS 2 and 3 Demo mission – NASA teams used their experienced Monte Carlo analysis methods to review the deployment of the satellites, so as to ensure they did not hold an impact risk to the International Space Station (ISS).

For SLS, the Con Ops presentation noted the potential use of an Encapsulated Secondary Payload Adapter (ESPA) ring to allow for additional passengers to ride with the monster rocket.

“The SLS will pursue opportunities to fly secondary payloads in conjunction with primary missions. These services can be provided by the Science Mission Directorate (SMD), allowing deployment of these payloads along the SLS trajectory. An ESPA ring may be flown to accommodate this class of payloads.”

In a reminder of the Space Shuttle’s past, SLS managers are also eyeing up the possibility of launching military payloads on the HLV.

Currently, most DoD spacecraft are launch by EELVs (Evolved Expendable Launch Vehicle), such as the Atlas V or the Delta IV vehicles, under the control of the United Launch Alliance (ULA). However, for a period during the early years of the Shuttle’s lifetime, the orbiter’s role with classified DoD payloads was commonplace. 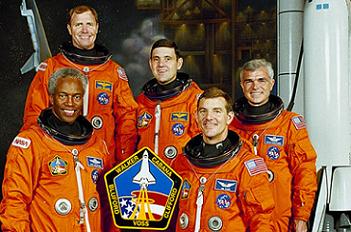 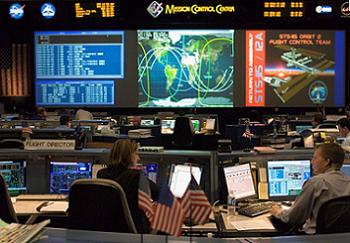 “DoD mission support will also be available on the SLS, which will be available to partner with DoD and international partners for them to use SLS launch capabilities and opportunities. Classified missions have previously been supported through the MCC (Mission Control Center) at JSC (Johnson Space Center).

“This capability, along with the large payload capacity of SLS, allows for a wide range of DoD payload development and flight that was not previously available within the United States.”

The presentation also claimed the SLS’ large payload capability may be attractive to some commercial partners, citing Bigelow Space Station modules as one example.

It is likely the SLS team will wait until they know the outcome of the exploration roadmap evaluations before pursuing the potential of launching additional payloads.

(Images: Via L2 content, driven by L2’s SLS specific L2 section, which includes, presentations, videos, graphics and internal updates on the SLS and HLV, available on no other site. Other images via NASA and SpaceX.)