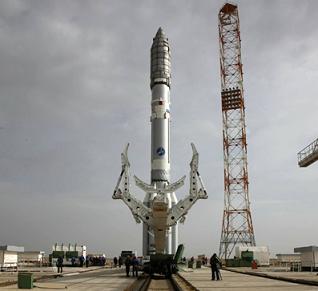 International Launch Services (ILS) have launched their second Proton-M rocket of the year on Sunday. Lift off was on schedule at 12:10 GMT from the Baikonur Cosmodrome in Kazakhstan, with the Proton’s Briz-M Upper Stage tasked with deploying the Intelsat 22 telecommunications satellite into a 65,000 km super-synchronous transfer orbit for the first time under ILS.

The Proton vehicle has a heritage of 373 launches since 1965 and is built by Khrunichev Research and State Production Center, one of the pillars of the global space industry and the majority owner of ILS.

This was the first supersynchronous mission for ILS Proton, after previously using the vehicle mainly for geostationary missions. As a result, this mission took over six hours longer than usual to complete.

The Proton M launch vehicle, utilizing a 5-burn Breeze M mission design, lifted off from Pad 39 at Baikonur Cosmodrome with the first three stages of the Proton utilizing a standard ascent profile to place the orbital unit (Breeze M upper stage and the Intelsat 22 satellite) into a sub-orbital trajectory.

Separation of the Intelsat 22 satellite was on scheduled at approximately 15 hours, 30 minutes after liftoff. Target orbit at separation is listed as 3,791 km Perigee, 65,000 km Apogee with an inclination of 28.5 degrees.

“From contract signing to delivery to orbit, ILS and Khrunichev were squarely focused on launching the Intelsat 22 satellite on schedule and successfully meeting Intelsat’s requirements for this important SSTO mission on ILS Proton.  Intelsat is a leader and innovator in the satellite telecommunications industry, having established the first global commercial satellite communications network,” noted ILS President Frank McKenna.

“It’s a true honor to facilitate Intelsat’s global mobility network with the ILS Proton launch of Intelsat 22, supporting Intelsat’s customers in Africa, Asia, Europe and the Middle East, as well as its hosted payload customer, the Australian Defence Force. We look forward to performing our next mission with Intelsat, the ILS Proton launch of the Intelsat 23 satellite later this year.” 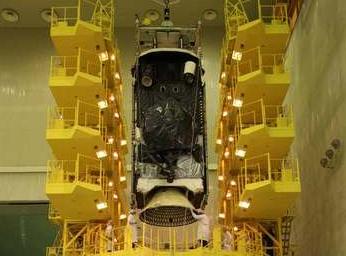 The 6,199 kg Intelsat 22 was built by Boeing Space & Intelligence Systems, based around the Boeing 702MP Platform. It is expected to have a service life of 18 years.

“The launch of Intelsat 22 is a significant milestone in many respects, not the least of which is its role in demonstrating the viability of hosted payloads in delivering customized space solutions for government users.  On time and on budget, the delivery of the UHF payload for the Australian Defence Force successfully demonstrates how hosted payloads are embraced by governments seeking cost-efficient access to space,” said Intelsat CEO Dave McGlade.

“ILS is able to offer Intelsat unique flexibility and schedule reliability for this critical hosted payload mission. ILS and Khrunichev look forward to supporting Intelsat’s continued growth and expansion of its fleet through the launch of Intelsat 22 and Intelsat 23 satellites,” added Mr McKenna. 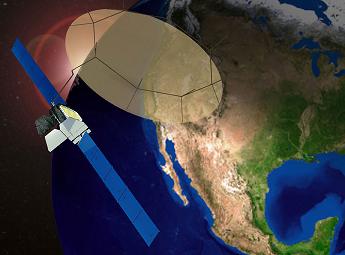 ILS also recently announced a new contract for launch of the MEXSAT-1 satellite on an ILS Proton for the Mexican government’s Ministry of Communications and Transportation, the Secretaria de Comunicaciones y Transportes (SCT).

The satellite is currently under construction by Boeing Satellite Systems of El Segundo, California – where Intelsat 22 was built. ILS and Khrunichev are implementing a mission integration schedule to support a ILS Proton launch of MEXSAT-1 into geostationary transfer orbit from the Baikonur Cosmodrome in Kazakhstan in 2013-14.

MEXSAT-1 is a high-power, 5800 kg satellite built on Boeing’s 702 HP platform for GEO-Mobile services, designed for a lifetime of 15 years. The satellite will carry a 22-meter L-band reflector for mobile terminal links, complemented by a 2-meter Ku-band antenna.

“We are honored to be selected by SCT to deploy the expanded coverage of communication services throughout Mexico with the launch of MEXSAT-1 on ILS Proton,” added Mr McKenna. “ILS and Khrunichev are poised to support SCT’s schedule requirements and look forward to delivering outstanding value with an ILS Proton launch.”

(Images via ILS, Roscosmos and Boeing).