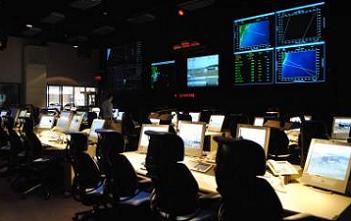 NASA’s Anomalous Transport Rocket Experiment (ATREX) – a heliophysics sounding rocket mission – left it until the final minute, before finally managing to launch a series of five rockets within the space of five minutes. Each rocket lit up the sky in order to gather information to understand the process responsible for the high-altitude jet stream located 60 to 65 miles above the surface of the Earth.

Launching from the Wallops Flight Facility, located on Virginia’s Eastern Shore, the mission was delayed several times due to minor technical glitches and unacceptable weather conditions.

Last week’s attempts, in the early hours of Wednesday, Thursday and Friday, were scrubbed due to both unacceptable weather preventing the countdown passing the T-15 minute mark, and likely more – in the case of Wednesday’s attempt – to do with an anomaly noted just before the window opened, relating to a discrepancy between the onboard GPS and the ground equipment showing position during vertical test.

With the next attempt on Tuesday morning – the window opened at 2am for three hours. However, it took all of those three hours to find acceptable wind conditions – and the clearance of a boat in the range – to eventually kick off the science mission that briefly created a milky white cloud was visible along a large portion of the US east coast.

In order for the launches to occur, clear skies were required at three special camera sites located along the mid-Atlantic coast in Virginia, North Carolina and New Jersey.

The visible tracers appear to have been observed for up to 20 minutes by residents in the mid-Atlantic region, and along the east coast of the United States from parts of New Jersey to South Carolina.

They launched at specific intervals in order to ensure the pre-planned area of release for the chemical tracer that will form milky, white tracer clouds. 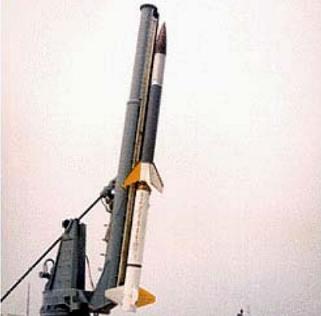 The first stage booster consists of a Terrier MK 12 Mod 1 rocket motor with four 340 square inch fin panels arranged in a cruciform configuration. The Terrier booster has an overall diameter of 18 inches.

For a payload weight of 200 pounds, the longitudinal acceleration during the boost phase is 26g’s. The second stage propulsion unit is a Thiokol Malemute TU-758 rocket motor which is designed especially for high altitude research rocket applications. The external diameter of the Malemute is 16 inches.

The average thrust is 9,604 pounds. The maximum thrust level is approximately 14,200 pounds which results in a maximum longitudinal acceleration during second stage burning of 32g’s for a 200 pound payload. Liftoff weight of the Terrier-Malemute launch vehicle, less payload, is approximately 3260 pounds. This vehicle is usually rail launched and can be accommodated at most established launch ranges. 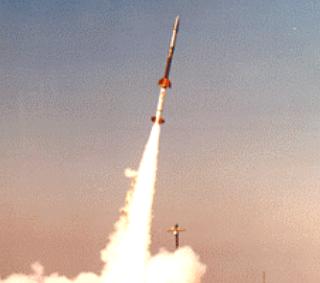 The Terrier-Orion rocket system is a two stage spin stabilized rocket system which utilizes a Terrier MK 12 Mod 1 or Mk70 for the first stage and an Improved Orion motor for the second stage. The Terrier motor is 18 inches in diameter and has fin panels arranged in a cruciform configuration.

The Orion motor is 14 inches in diameter and 110 inches long. The vehicle is typically configured with spin motors and the total weight of this configuration, excluding the payload, is approximately 2,900 pounds.

The Improved Orion motor has a bi-phase propellant system (boost-sustain) that results in thrust levels of approximately 19,000 pounds during the first four seconds of motor burn then trailing off to approximately 3,000 pounds until burnout around 25 seconds. The fins are generally configured to provide a burn out spin rate of four cycles per second.

The Orion motor utilizes a clamp-released/load-bearing tail can to interface with the Terrier motor. This is a rail-launched configuration that can be supported at most fixed and mobile launch ranges. 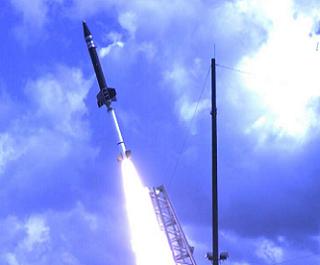 The Terrier Oriole is a two-stage, unguided, fin stabilized rocket system which utilizes a Terrier first stage booster and an Oriole rocket motor for the second stage propulsion. The Terrier motor has four equally spaced fins, and the Oriole motor has four fins on the aft end arranged in a cruciform configuration to provide stability.

The Terrier motor is 155 inches long with a principal diameter of 18 inches. There is a 14 inch interstage adapter which allows for drag separation after Terrier burnout. Typically, the Terrier booster will utilize two spin motors to reduce dispersion and also serve as drag plates.

Each Terrier fin is 4.8 square feet in area. Normally, the fins are canted to provide two revolutions per second spin rate at Terrier burnout. The weight of the Booster system is 2,207 pounds.

The Oriole is 22 inches in diameter and 155 inches long. The Oriole fins are normally canted to provide for four revolutions per second spin rate at burnout.

In addition, two of the rockets had instrumented payloads, to measure the pressure and temperature in the atmosphere at the height of the high-speed winds. 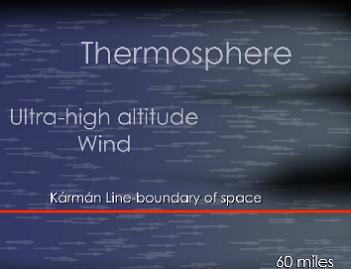 The high-altitude jet stream, located 60 to 65 miles above the surface of the Earth, contains winds which race at speeds of 200 to 300 miles per hour. This jet stream is located in the same region where strong electrical currents occur in the ionosphere. It is therefore a region with a lot of electrical turbulence, of the type that can adversely affect satellite and radio communications.

According to NASA, the experiment is designed to gain a better understanding of the high-altitude winds and help scientists better model the electromagnetic regions of space that can damage man-made satellites and disrupt communications systems. The experiment will also help explain how the effects of atmospheric disturbances in one part of the globe can be transported to other parts of the globe in a mere day or two.

“This area shows winds much larger than expected,” noted Miguel Larsen, a space scientist at Clemson University who is the principal investigator for ATREX. “We don’t yet know what we’re going to see, but there is definitely something unusual going on. ATREX will help us understand the big question about what is driving these fast winds.” 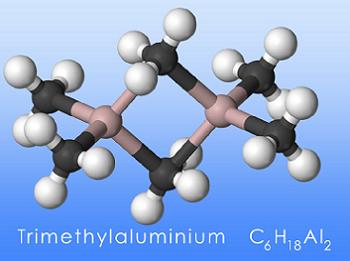 The rockets will be launched within a period of five minutes, so the trails can all be seen at the same time. The trimethyl aluminum (TMA) will then be released in space out over the Atlantic Ocean at altitudes from 50 to 90 miles.

“People have launched single rockets before,” added Mr Larsen. “But the key here is that we’re extending the range of measurements to many hundreds of miles. The furthest rocket will make it half way to Bermuda.”

NASA has used TMA for decades as part of rocket studies from sites worldwide to study the near-space environment. TMA burns slowly and produces visible light that can be tracked visually and with special camera equipment.

The products of the reaction when TMA is exposed to air or water are aluminum oxide, carbon dioxide and water vapor. Aluminum oxides are used to combat heartburn and to purify drinking water. Also, all three products occur naturally in the atmosphere.

The TMA poses no threat to the public during preparation on the ground or during the release in space.