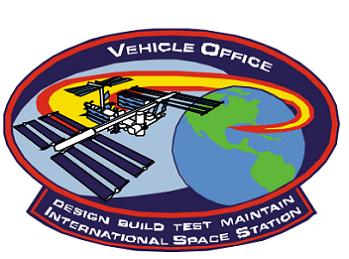 Russia’s Progress M-15M spacecraft, launched on Friday from the Baikonur Cosmodrome in Kazakhstan, has successfully docked to the International Space Station (ISS) bringing with it a fresh load of supplies for the station crew, who are busy preparing for the departure of three crewmembers next week and the arrival of the first ever commercial cargo vehicle the week after.

The Progress M-15M, also known by its US designation of 47P, docked automatically to the Docking Compartment-1 (DC-1) “Pirs” Nadir port, vacated on Thursday by Progress M-14M/46P, on time at 2:40 PM GMT.

While the docking was a complete success, a recent ISS Stage Operations Readiness Review (SORR) presentation, available to download on L2 (L2 Link), noted some issues with a previous Progress docking at the ISS – Progress M-11M/43P on 23rd June last year.

The issue relates to unexpected ISS thruster firings during 43P docking activities, causing unexpected loads on the ISS, which according to the notes “resonated the structure, causing high loads and fatigue cycles”. The ISS’ thrusters are all located on the Russian Segment (RS) of the station, and are officially referred to as the Motion Control System (MCS).

“The on-orbit structural resonance was potentially caused by a combination of thruster firings to overcome gravity gradient forces, the coupling due to the particular thrusters in use, and RS MCS controller behaviour and parameters”, stated the presentation.

The issue however was classed as medium risk and cleared for flight, since it was determined that the current method for predicting structural loads was adequate, as “the GNC team has updated the US MCS simulation model to better predict on orbit behaviour”.

Looking ahead to a future resolution to prevent a recurrence of the problem in all future Progress dockings, the presentation noted that a new thruster firing pattern was in work by the US GNC team, to be incorporated into the RS GNC system via a Service Module (SM) software upgrade later this year.

During the course of its mission, Progress M-15M will perform the unusual procedure of undocking from the ISS, spending two days in free flight, and then re-docking to the ISS in order to test a new Kurs antenna. Kurs is the system that enables Russian vehicles to automatically dock to the ISS without any human intervention. 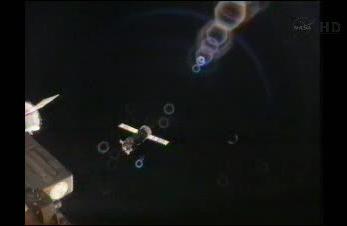 The plan calls for Progress M-15M to undock from the ISS on 22nd July – the day after the planned launch of Japan’s HTV-3 spacecraft – and following two days of free-flight operations, re-rendezvous and re-dock to the ISS at the DC-1 port on 24th July. Progress M-15M would then depart the ISS for good on 30th July to make way for Progress M-16M/48P.

A similar undocking and re-rendezvous of a Progress vehicle was last performed in July 2009 with the Progress M-02M/33P vehicle in order to check out a new rendezvous system on the ISS side for the MRM-2 arrival later that year, although that re-rendezvous did not include a re-docking to the ISS.

In addition to the new Kurs antenna, the Russians are also planning a new rendezvous profile for Russian vehicles, designed to cut the two-day rendezvous timelines of Soyuz and Progress spacecraft down to a matter of hours. To demonstrate this, the Progress M-16M/48P vehicle, currently planned to launch on 31st July, will dock to the ISS only a few hours later, on 1st August.

The Progress M-15M docking kicks off a busy period of comings and goings at the station over the next two weeks, a period which will see the first ever visit of a commercial cargo spacecraft to the ISS.

First in the sequence is the undocking and landing of Soyuz TMA-22/28S on 27th April carrying American astronaut Dan Burbank, and Russian cosmonauts Anton Shkaplerov and Anatoly Ivanishin. 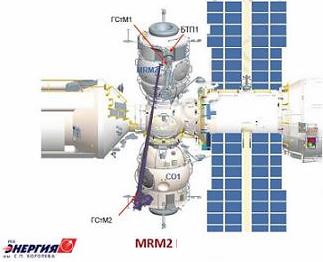 Soyuz TMA-22, which has been docked to the MRM-2 port since 16th November last year, will be the last ever Soyuz TMA (200 series) variant to fly in space, since all Soyuz future vehicles will now be of the TMA-M (700 series) variant.

Pettit and Kuipers will both be responsible for capturing the SpaceX Dragon cargo vehicle when it approaches the ISS on 3rd May, assuming a launch on 30th April, marking the first ever arrival of a commercial cargo vehicle at the station. 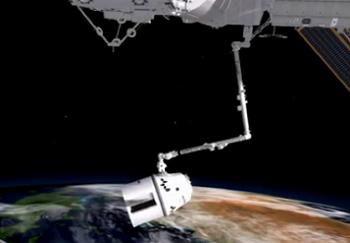 Following Dragon’s arrival, the next vehicle to arrive at the station will be Soyuz TMA-04M/30S on 17th May, following its launch from Kazakhstan on 15th May.

The launch, delayed from late March due to an issue with overpressurisation of the Descent Module originally planned to launch with TMA-04M, will carry three crewmembers to boost Expedition 31 up to six crewmembers – who are American astronaut Joe Acaba, and Russian cosmonauts Gennady Padalka and Sergey Revin.

Closing out the busy period of arrivals and departures at the station will be the unberthing of the Dragon spacecraft on 21st May, just four days after the Soyuz TMA-04M docking. Following unberthing, Dragon will attempt to re-enter and splash-down off the coast of California, thus, if successful, proving that the Dragon vehicle is capable of resupplying the ISS in the post-Shuttle era.