written by Chris Bergin and William Graham May 1, 2012 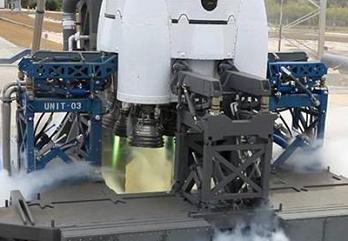 The next key milestone ahead of the historical SpaceX mission to the International Space Station (ISS) took place on Monday, as the integrated Falcon 9 and Dragon spacecraft underwent their full dress rehearsal for what was a May 7 launch – a date that is now slipping. Known as the Static Fire test, all nine of Falcon 9’s engines were fired at full power for two seconds, at the second attempt, following an earlier abort.

The dress rehearsal firing of the Falcon 9 family of nine Merlin engines took place on the pad at Space Launch Complex 40 (SLC 40), with only the hold-down system restraining the rocket from flight.

The test, involving a full countdown and tanking of both the first and second stages, provided the exact environment the vehicle could expect to endure ahead of riding uphill – from the procedures for the controllers and ground crews, through to the thermal conditions for the Dragon sitting atop of the stack.

Based on the previous Falcon 9 pre-launch events, the countdown began two hours and thirty five minutes before launch, with flight controllers polled to begin the fuelling of the rocket. The strongback, a structure used to transport the rocket to the pad, raise it to vertical, and support it, was lowered 100 minutes before launch.

Fuel and thrust vector control bleeding on the second stage was performed at T-1 hour. At T-13 minutes, a final flight readiness poll was conducted, followed by the final hold point at T-11 minutes.

UPDATE:  The first attempt was aborted at T-47 seconds due to an improperly set criteria limit, an “overly restrictive redline on second stage engine position”. Following the reset of the limits, the countdown clock was recycled, ending with a successful test first of the Falcon 9 engines.

UPDATE 2: Meetings between the NASA and SpaceX teams on Tuesday concluded in the May 7 launch date being put in serious doubt. No official launch slip has been confirmed at this time. However, multiple sources are noting the launch date is under review and likely slipping – with extra information expected on Wednesday.

UPDATE 3: Still no official word from SpaceX. However, the Eastern Range have received a cancellation notice for the May 7 window, with no new date requested at this time. It is expected the launch will slip after the upcoming Soyuz launch, placing Dragon on a NET May 19 launch date target.

Following the firing of the engines, SpaceX engineers have been tasked with a thorough review of all data as part of the final preparations for the upcoming launch. This will result in one of the final reviews to clear the vehicle for its mission.

The most crucial item to be reviewed after the test will be inspections of the engines themselves, so as to ensure the issues of delamination are not observed.

It has been noted that SpaceX and NASA believe the engines on this flight are free of the defect, since they have been inspected with “lessons learned” from that recent isolated problem.  However, in good operational practice, they will be looked at again after the static fire, either via ultrasound or just visually. 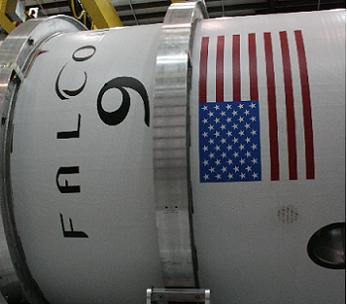 The second stage, which is powered by a single Merlin engine modified for optimum performance in a vacuum, can produce 445 kilonewtons (100,000 pounds) of thrust. For Dragon launches, the rocket flies without a payload fairing.

This third Falcon 9 will be the eighth overall flight for the Falcon family of rockets. Five previous flights have been made using the smaller Falcon 1, and have resulted in three failures and two successes. 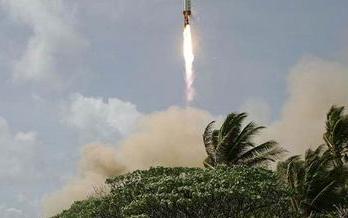 The first launch, in March 2006, failed shortly after liftoff due to a fuel leak caused by corrosion. A number of problems, including an incorrect first stage fuel ratio and second stage fuel slosh, prevented the second test flight from reaching orbit. 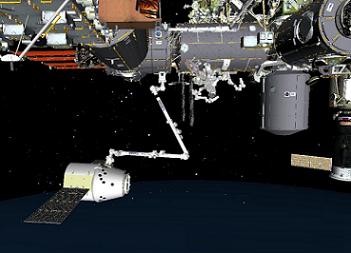 Thankfully, no major issues have been suffered by the Californian company’s vehicle since the teething problems with the Falcon 1, resulting in the rising confidence within both NASA circles – resulting in the commercial ISS cargo and crew advances – through to the commercial sector, with a launch manifest reaching out as far as 2017 via confirmed contracts.

However, this upcoming launch will be a major milestone for the company, as their combined COTS mission (C2+) aims to result in the berthing of their Dragon spacecraft with the ISS.

Due to the complex nature of the mission, the main objectives will be to conduct the original C2 elements of the mission, prior to conducting as many of the C3 objectives as possible. Failure to achieve the latter would not be a major setback, with another mission in the Summer set to try again should it be required.