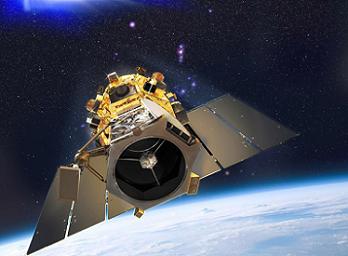 Lockheed Martin have updated the status of two spacecraft in their satellite nursery, with milestones reached on both the GeoEye-2 – which will be the world’s highest resolution commercial satellite, and the Geostationary Operational Environmental Satellite-R series (GOES-R) satellite. Both spacecraft will be launched via an Atlas V launch vehicle in the second half of this decade.

Primarily based in Denver, Colorado, and Head-quartered in Bethesda, Maryland, the global security and aerospace company employs about 123,000 people worldwide and is principally engaged in the research, design, development, manufacture, integration and sustainment of advanced technology systems, products and services. In 2011, the company’s net sales reached $46.5 billion.

This week, the company announced it has successfully mated the spacecraft bus and the imaging payload for GeoEye’s next-generation, high-resolution imaging satellite, known as GeoEye-2.

The GeoEye-2 satellite will feature enhanced tasking capabilities, superior image quality and the ability to collect more imagery at a faster rate with a new ITT Exelis imaging system.

When GeoEye-2 is completed, it will have the highest resolution and be the most accurate commercial satellite available in the global marketplace, providing highly accurate imagery to intelligence analysts, war fighters, and decisions makers across the globe.

Under development by Lockheed Martin Space Systems Company, the GeoEye-2 bus is the structural foundation of the satellite. It includes an integrated propulsion system as well as other critical subsystems for communications, attitude control, thermal control, command and data handling.

The imaging payload for GeoEye-2 includes a telescope, sensor subsystem and outer barrel assembly. It has the potential to capture panchromatic ground sample distance imagery of the Earth’s surface at 0.34-meter, or 13.38-inch, ground resolution from an altitude of 681 km.

“This key milestone paves the way for the team to begin system level environmental and acceptance testing in preparation for on-orbit operations in 2013,” said Allen Anderson, GeoEye-2 program director for Lockheed Martin Space Systems Company. “We are on track to complete the remaining integration and test work on-schedule and look forward to the ultimate deployment of this cutting-edge satellite.”

The satellite will be launched an Atlas V launch vehicle in 2013, joining GeoEye-1 after its launch via a Delta II 7420-10 into a near polar orbit in 2008. GeoEye-1, designed and built by General Dynamics Advanced Information Systems, was the world’s highest resolution commercial imaging satellite at the time of launch.

“We have already met an array of important milestones for our GeoEye-2 satellite this year,” added Carl Alleyne, GeoEye’s vice president of Engineering. “We continue to forge ahead on our aggressive schedule while staying on time and on budget. GeoEye-2, with .34-meter resolution, will fully support all mission requirements and meet the U.S. government’s exacting standards when operational in 2013.” 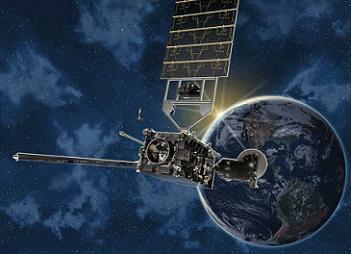 Lockheed Martin are also developing NASA and NOAA’s GOES-R satellite. The company noted they had successfully completed the spacecraft Critical Design Review (CDR), a major milestone that paves the way for the production of the next-generation geostationary weather satellite system for the United States.

The week-long review included a series of comprehensive presentations from each of the system and subsystem subject matter experts representing all facets of the spacecraft. The team demonstrated that the design and operations are understood and sufficiently mature to begin the build and integration phase.

“The successful execution of this review was critical as it validated our depth of understanding of the mission requirements and our readiness to transition from the design to the build phase,” said Paula Hartley, program manager for GOES-R at Lockheed Martin Space Systems.

“Our team understands the importance of this mission and we’re committed to the continuity of the GOES system. Passing the CDR means we are now one step closer to the 2015 launch of the first spacecraft in the R series.”

The NOAA Satellite and Information Service funds, manages, and will operate the GOES-R program, while NASA’s Goddard Space Flight Center oversees the acquisition of the GOES-R spacecraft and instruments for NOAA. 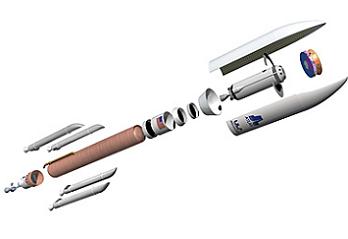 The Atlas V 541 Expendable Launch Vehicle (ELV) will be tasked with launching the GOES-R satellites into geosynchronous orbit. The GOES-R – and follow-on GOES-S spacecraft – will launch in October, 2015 and February, 2017, respectively, from Space Launch Complex-41 at Cape Canaveral Air Force Station, Florida.

Meanwhile, the next ULA Atlas V stands ready for launch at Space Launch Complex-41 with the Air Force’s Advanced Extremely High Frequency-2 (AEHF-2) satellite. Launch is scheduled for May 3 with a two-hour window which opens at 2:46 pm EDT. A launch preview article will be published ahead of launch on Thursday.

(Images via NASA and GOES-R.Gov).