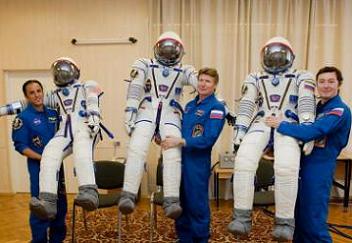 The Russian Soyuz TMA-04M spacecraft, known by its US designation of 30S, launched from the Baikonur Cosmodrome in Kazakhstan on Tuesday (local time) carrying three new crewmembers bound for the International Space Station (ISS). Liftoff was on schedule at 4:01 AM GMT Tuesday, ahead of a successful docking two days later at 4:36 AM GMT.

On this mission, he will serve as Flight Engineer on ISS Expedition 31 and ISS Commander on Expedition 32, having previously commanded Expedition 9 in 2004.

Padalka, who was selected as a cosmonaut in 1989 following a career in the Russian Air Force, already holds a number of spaceflight records, having currently amassed a total of 585 days in space, which by the end of his Soyuz TMA-04M flight will jump to a total of just over 700 days in space, making him fourth on the list of human beings with the most time spent in space.

Soyuz Flight Engineer Sergei Revin, born on January 12, 1966, will be making his first trip into space aboard Soyuz TMA-04M, having been selected as a cosmonaut in 1996 following engineering careers with the Russian NPO IT and RSC Energia companies. Revin’s long wait to get into space will conclude with him serving as co-pilot on Soyuz TMA-04M and Flight Engineer on Expeditions 31 and 32.

Rounding out the crew is NASA astronaut Joe Acaba, who was born on May 17, 1967 and was selected as an educator astronaut in 2004, having earned a Masters Degree in Geology, and having served as a Sergeant in the US Marine Corps reserve, and spent four years teaching at middle and high school level. He previously flew as a Mission Specialist aboard Space Shuttle Discovery on the STS-119 mission in March 2009, and will serve as a Flight Engineer on Expeditions 31 and 32. 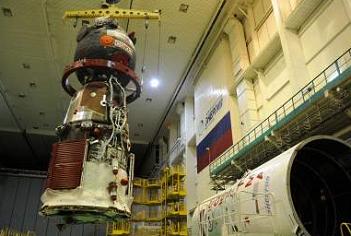 Expedition 31, which began on April 27 with the undocking and landing of Soyuz TMA-22, currently consists of ISS Commander and Russian cosmonaut Oleg Kononenko, NASA astronaut Don Pettit, and ESA astronaut André Kuipers, all three of whom will head home aboard Soyuz TMA-03M/29S on July 1, marking the start of Expedition 32.

Expedition 32 will consist of Soyuz TMA-04M crewmembers Gennady Padalka as ISS Commander, and Sergei Revin and Joe Acaba as Flight Engineers, who will be joined on July 17 by Soyuz TMA-05M/31S crewmembers Yuri Malenchenko of Russia, Suni Williams of NASA, and Aki Hoshide of Japan.

In addition to the heavy program of ISS science and maintenance activities, Expeditions 31 and 32 will also host a large number of Visiting Vehicles (VVs), the first and most major one being SpaceX’s Dragon capsule, set to launch on its inaugural “C2+” ISS mission this coming Saturday (May 19).

Aboard the ISS on Monday, the Space Integrated GPS/Inertial Navigation Unit-1 (SIGI-1), one of two GPS units on ISS which will be needed for Dragon’s Relative GPS (RGPS) navigation, was Removed & Replaced (R&Rd) after it stopped communicating last week. It was previously R&Rd just last month, after data showed the old unit was in a degraded state. 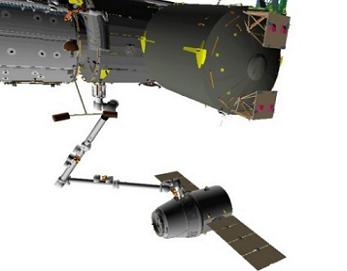 While the replacement has so far been noted to be successful, it had the potential be an issue for the C2+ mission, since nominal operation of both SIGIs on ISS is a Launch Commit Criteria (LCC) for Dragon. In addition, mission requirements state that SIGIs must successfully run for three weeks following an R&R, however it was not known whether this rule will be observed, since if it were, this most recent SIGI-1 R&R would delay the planned May 19 launch of Dragon.

Following the ISS review ahead of the Dragon flight, this rule must have been relaxed, given the Station side gave their approval for the SpaceX launch to go ahead.

Assuming a nominal capture and berthing at the ISS on May 22, Dragon would be unberthed from the ISS on May 31 for a re-entry and landing off the coast of California.

In addition to the Dragon, Expedition 31/32 will also host Japan’s HTV-3 from July 27 to August 27, and see the undocking of Europe’s ATV-3 on September 3, as well as the undocking and redocking of Russia’s Progress M-15M between July 22 and 24 in order to test a new Kurs antenna. The final undocking of Progress M-15M will occur on July 30, followed the next day by the launch of Progress M-16M and its docking to the ISS less than a day later on a new fast rendezvous trajectory.

In addition to the busy VV schedule, Russian EVA-31 will also be performed on August 21 by Gennady Padalka and Yuri Malenchenko, with the possibility of US EVA-18 in the August timeframe as well, making for an overall very busy mission for the Expedition 31 and 32 crews.