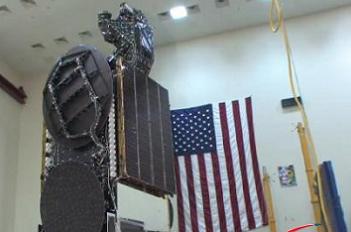 The rejuvinated Sea Launch company have launched for the second time since reforming, as their Zenit 3SL lifted off from the Odyssey Launch Platform in the Pacific Ocean. The 5:23am GMT launch lofted the Intelsat 19 telecommunications satellite into orbit, where it will replace the aging Intelsat 8.

Lifting off from the Odyssey Launch Platform, the Zenit-3SL rocket will began its ascent phase of flight. The first stage of the vehicle separated 2:30 minutes after liftoff, and the protective payload fairing jettisoned 79 seconds later.

Following this second burn, and another 9:50 minute coast period, the spacecraft separated from the upper stage over the Indian Ocean.

The Intelsat-19 satellite is based on Space System/ Loral’s 1300E high-power platform, which will provide service to high-growth markets around the Pacific rim, including Southeast Asia, Australia, New Zealand, and US west coast, from its orbital location of 166 degrees East.

IS-19 mass at launch was 5,600 kilograms. It will have an expected lifetime on orbit of over 15 years from its orbital location as part of Intelsat’s on-going fleet investment program. The satellite replaces Intelsat 8.

However, during on orbit checkouts, the satellite failed to deploy its solar arrays. Work to correct this issue is continuing to take place.

Friday’s launch follows the Atlantic Bird 7 success last September, a launch that was their first since they went out of business two years ago, with their last launch under the old company being with Italy’s SICRAL 1A in April, 2009. 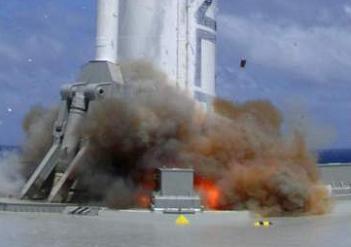 Their demise came just a year after they returned to flight in January, 2007 – following the major impact of the failed launch which occurred with the NSS-8 communications satellite for SES New Skies, after the vehicle exploded on the launch pad, destroying both the vehicle and satellite. (Over 300mb of exclusive multi-angle video and hi res photos – available in L2 – LINK).

Sea Launch On The Rise:

Sea Launch are also set to launch the Intelsat 21 mission is planned for launch in August 2012. Built by Boeing Satellite Systems Inc., the Intelsat 21 satellite will weigh approximately 5,984 kilograms (13,192 lbs.) at launch. It is expected to arrive at the Sea Launch facility in late June or early July in preparation for the start of standalone and combined spacecraft operations.

In other recent news from Sea Launch, Eutelsat has assigned the launch of its EUTELSAT 70B (ex. W5A) communications satellite to company, for a launch in the fourth quarter of 2012. 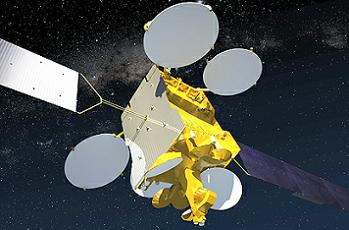 The EUTELSAT 70B satellite is being built by Astrium, an EADS company and is based on the Eurostar-3000 platform. Weighing over 5,200 kilograms at lift-off, it will be lofted into an optimized geosynchronous transfer orbit on board the Zenit 3SL whose high performance should enable the satellite to exceed its designed in-orbit lifetime of 15 years.

EUTELSAT 70B is designed to optimise resources from a single orbital slot at the crossroads between Europe, Africa, Asia and Australia. With high frequency reuse, four powerful regional beams connected to 48 Ku-band transponders will be located on a single platform. It will more than double current Eutelsat capacity at 70.5 degrees East for data and government services, broadband access, GSM backhauling and professional video exchanges.

“Our close coordination with RSC Energia in assuring production scheduling and mission assurance for Sea Launch missions continues to provide value for our customers”, said Kjell Karlsen, President of Sea Launch AG. “We are very pleased to be selected by Eutelsat for this important mission.”

David Bair, Eutelsat Chief Technical Officer added: “Sea Launch and RSC Energia executed a flawless launch of our EUTELSAT 16A satellite in October 2011. We look forward to working closely with the team again on the EUTELSAT 70B campaign and to seeing this new satellite strengthen our in-orbit resources and flexibility.” 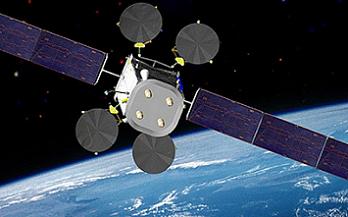 And yet another Intelsat mission is on the books for early 2013, with Sea Launch set to loft the Intelsat 27 into an optimized geosynchronous transfer orbit (GTO).

Built by Boeing Satellite Systems Inc., the 702-MP Intelsat 27 satellite will serve Intelsat’s customers throughout the Americas and Europe, and will provide increased and enhanced capacity for media, network and government services.  It will be located at 304.5 degrees East, and is designed for 15 years of service.

At the time of lift-off, the spacecraft will weigh approximately 6,241 kilograms, making it the heaviest spacecraft to be lifted by the Sea Launch Zenit-3SL launch system.

“Following on to our recent announcement on the award of the Intelsat 21 launch, Sea Launch looks forward to working hard towards the successful launch of Intelsat 27 in early 2013,” noted Mr Karlsen. “With the continued support of our parent organization, RSC Energia, Sea Launch is regaining momentum and executing on its Business Plan.”

“With six satellites scheduled for launch in the next year, a diversity of reliable solutions for Intelsat’s access to space is essential,” added Thierry Guillemin, Intelsat’s SVP and Chief Technical Officer. “We are pleased to rely on Sea Launch once again to support some of these critical missions.”

Sea Launch and Intelsat signed a multiple launch services agreement for up to five missions on the Sea Launch system in 2010.