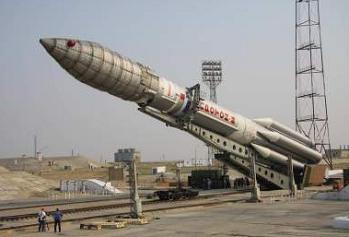 International Launch Services (ILS) have launched their Proton-M rocket on Monday. Lift off from the Baikonur Cosmodrome in Kazakhstan was on schedule at 18:38 GMT, with the Proton’s Briz-M Upper Stage then tasked with deploying the large telecommunications satellite into its desired orbit, which was successfully completed after nine hours of flight.

The launch was postponed from December due to a problem with the upper stage, and again in June after Khrunichev engineers at the launch site received an out of tolerance telemetry reading on a first stage subsystem during pre-flight testing.

The June delay was initially hoped to be for just one day. However, based on additional pre-flight testing performed, it was determined that further investigation is necessary, requiring the launch vehicle be returned to the processing hall for additional testing.

The Proton M launch vehicle, utilizing a 5-burn Breeze M mission design, lifted off from Pad 24 at Baikonur Cosmodrome, Kazakhstan, with the SES-5 satellite on board. The first three stages of the Proton used a standard ascent profile to place the orbital unit (Breeze M upper stage and the SES-5 satellite) into a sub-orbital trajectory.

Separation of the SES-5 satellite was conducted approximately 9 hours, 12 minutes after liftoff. 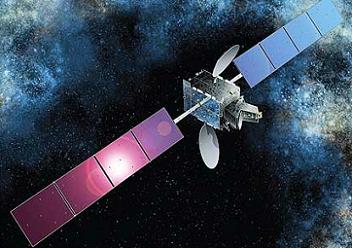 Built by Space Systems/Loral, the 6,007 kg bird sports 24 C-band transponders and 36 Ku-band transponders. It is expected to have a service life of 15 years in its orbital slot of five degrees East.

SES-5 will also carry the first hosted L-band payload for the European Geostationary Navigation Overlay Service (EGNOS). The EGNOS payload, which was developed by the European Space Agency (ESA) and the European Commission (EC), will help verify, improve, and report on the reliability and accuracy of navigation positioning signals in Europe.

This latest SES mission follows the successful launch of SES-4 in February. which is now located in its GEO slow at 330 degrees East.

“It is always thrilling to achieve milestones in our business but even more so when it is with a longtime customer, such as SES,” noted ILS president Frank McKenna after the launch of SES-4.

“With the ILS Proton launch of SES-4 this marks our 20th SES satellite launched on ILS Proton and the 50th satellite in the SES fleet. We are honored to be entrusted with launching the powerful SES-4 satellite and look forward to performing on all of our upcoming ILS Proton missions for SES,”

Following this latest SES mission, ILS will then be tasked with launching SES-6 in 2013.  Weighing about 6 metric tons at launch, this satellite is being built on Astrium’s Eurostar 3000 platform and is expected to carry 43 C-band and 43 Ku-band transponders to serve SES’ existing cable-television customers and provide capacity for growth.

SES-6 will replace NSS-806 at the orbital location of 319.5 degrees East, and will provide enhanced coverage in North, Central and South America and will further support applications like HD, DTH, enterprise networks and digital inclusion projects in the Latin America region serving over 18 million households.

“The SES-6 satellite is significant for Latin America and the Caribbean as there is rapid growth in these areas and we expect this trend to continue,” noted Romain Bausch, president and CEO of SES.

“At the same time, this launch will allow us to provide an early replacement and a meaningful upgrade to our Americas coverage. We have a long history with ILS and have developed an outstanding partnership over 15 years of doing business together. We look forward to working with the ILS and Khrunichev teams on the launch of SES-6 mission and our future launches on ILS Proton.”

(Images via ILS and SES).