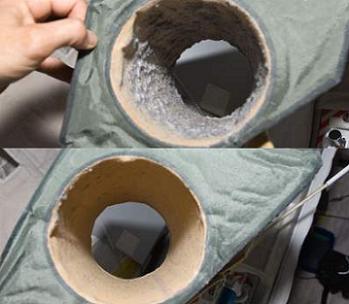 The three additional crewmembers of Expedition 32 have arrived at the International Space Station (ISS), following the successful docking of their Soyuz TMA-05M spacecraft on Tuesday morning. Increasing the crew size to six, the Station also received an additional boost late on Tuesday, via a 19 minute firing of the ATV-3 thrusters.

ISS Back to Six Crew:

Experienced Soyuz commander Yuri Malenchenko carefully held the reins of the Soyuz TMA-05M, as it approached for an automated docking with the International Space Station (ISS) at 12:51am Eastern time on Tuesday, ahead of ingress with his companions – NASA astronaut Sunita Williams and Japanese astronaut Akihiko Hoshide – a few hours later.

The picture perfect approach and docking marked the return to a six member crew on the orbital outpost, as the Soyuz passengers joined forces with the rest of Expedition 32 – consisting of Russian commander Gennady Padalka, fellow Russian Sergey Revin, and American Joe Acaba.

They were be greeted by a clean Space Station, after the ISS crew completed tasks relating to the removal of dust from various ducts on the ISS – a problem that has required a large amount of evaluation of late, including one form of mitigation that been already been applied by the Russians – involving the taping of sleeping bag liners over the filtering system ducts.

“The crew took photographs prior to the cleaning for downlink and analysis to assist in developing the frequency of future cleaning.”

Those photos, acquired by L2, show just how much dust is being captured by the filtering systems.

The main problem is how much dust remains inside the cabin after the filtering systems have done their job, which has required the installation of the screens – built from used Russian sleeping bag liners – over the inlets of each of the duct networks (both intake and exhaust) in all four Crew Quarters. A full article will follow on what is a large set of related presentations (L2 Link).

The increase back to a six member crew comes at a very timely juncture in the ISS’ busy schedule, with a large operation with the docked Automated Transfer Vehicle (ATV-3) taking place later in the day. 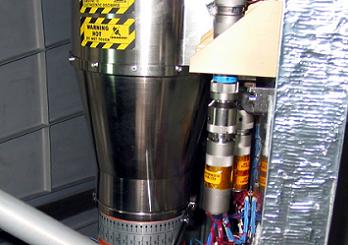 ATV-3 – also known as Edoardo Amaldi – was also the subject of some troubleshooting over recent days, relating to a cabin fan that was deemed to have failed. European Space Agency (ESA) managers requested the fan to be removed and replaced.

“ATV-3 Cabin Fan Troubleshooting: Ground controllers performed troubleshooting on the ATV-3 Cabin Fan and confirmed that it is failed. ESA has requested that the failed fan be returned to the ground for analysis,” noted the ISS updates (L2). “Due to loss of smoke detection within ATV, Inter-Module Ventilation (IMV) was deactivated and all non-essential equipment was powered down.” 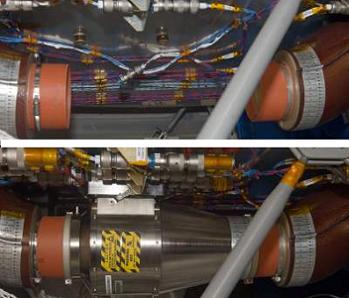 The fan was successfully replaced last week. However, the problem reoccurred, pointing to a Delta Pressure (DP) sensor failure on the system, as opposed to the fan itself.

“The ATV-3 Cabin Fan which failed on 6/30/12 was removed and replaced. Initial activation of the fan was unsuccessful. The fan ran for only 30 seconds before FDIR (Failure Detection, Isolation and Recovery) deactivation. ATV-CC investigation is underway. Initial data review indicated that the delta pressure sensor may be faulty.”

The sensor has since been inhibited for all future operations.

For the reboost, the European cargo vehicle fired its thrusters for 19 minutes, in order to raise the Station’s orbit for a special Progress test, scheduled to take place one day after the Japanese cargo vehicle – HTV-3 – launches for its six day journey to the Station. HTV-3 is set to launch on July 21.

The Progress tasked with the special rendezvous system antenna test – where it will depart to 250 miles away from the Station, prior to redocking – is the M-15M vehicle. The test, if successful, may allow for future Progress and Soyuz vehicles to arrive at the Station within just four orbits after launch, instead of the usual two day trip.

This first real test is scheduled for the Progress M-16M mission, which is set to launch in early August. 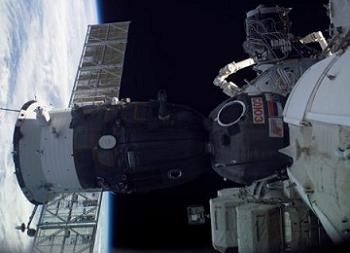 Progress M-15M has also suffered from a minor issue when it failed to transfer propellant to the Russian FGB “Zarya module” High Pressure Fuel/Oxidizer Tanks as was required.

“Aborted Prop Transfer from 47P (M-15M) to FGB: Propellant transfer from the 47P Resupply tanks to the FGB Tanks on 7/10/12 was aborted. Initial investigation revealed an error in the cyclogram. As a result, the Prop Transfer and 47P Prop Purge have both been deferred until early 7/13/12,” noted the ISS updates (L2).

“As a remnant of the May 5th prop lines leak check, the ‘purge in progress’ flag remained set ON. When the refueling algorithm saw the flag is set to ON, it terminated the refueling operation as designed. The flag has been cleared and systems are ready for the prop transfer on GMT 195.”

Following the troubleshooting, the transfer of prop was subsequently completed without issue.

“Prop Transfer from 47P to FGB and 47P Prop Purge Completed: The 47P propellant transfer and subsequent line purge was completed nominally last night in preparation for 31S arrival,” added a later status update. “90 Kg of fuel and 164 Kg of oxidizer were transferred to the FGB storage tanks.”

With HTV-3 scheduled to arrive on July 27 for berthing, Progress M-15M will patiently wait until July 30 for its undocking, prior to a destructive re-entry, making way for the arrival of Progress M-16M.

(Images via L2’s Rolling ISS status and image updates – unpublished anywhere else on the internet. Additional via NASA).