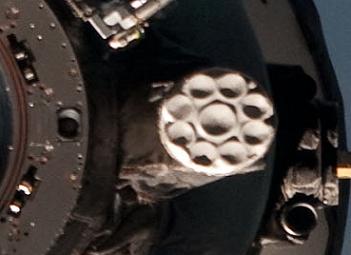 The Russian Progress M-15M resupply spacecraft, also known by its US designation of 47P, was set to dock to the International Space Station (ISS) for the second time at 9:57 PM EDT Monday night/1:57 AM GMT Tuesday morning, in order to test a new antenna for the Kurs automated rendezvous and docking system. However, a failure with the system has postponed the test until the 29th (1am UTC).

After backing away from the ISS and conducting a departure burn, Progress M-15M initiated a re-rendezvous profile of slightly longer than one day, in order to bring the spacecraft in for a re-docking to the DC-1 port at 9:57 PM EDT on Monday night/1:57 AM GMT Tuesday morning. However, just over an hour ahead of the return, the re-docking was postponded due to an issue with the new Kurs system.

There is no threat to the station, as the Progress will pass harmlessly on the normal abort trajectory. The abort occurred some 15 km distant from the station.

The improved Kurs antenna, known as Kurs-NA, is part of a series of continuous upgrades to the Soyuz and Progress spacecraft, including recent transitions to entirely digital control systems.

Kurs-NA will use less power than the current Kurs-A system, and also will replace five existing rendezvous antennas with just one, thus saving mass on launch.

Should the rescheduled re-rendezvous and docking prove successful, it will pave the way for Kurs-NA antennas to become a feature on all future Progress and Soyuz vehicles, further aiding the cycle of continuous improvements to both vehicles. Additional information on the current issue will be added to this article when it is available.

The ISS will be a busy place over the coming days and weeks, as a large amount of Visiting Vehicle (VV) activity takes place at the station. 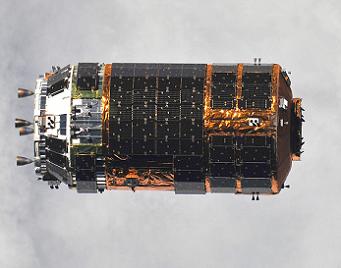 Following the re-docking of Progress M-15M to DC-1 – assuming it takes place over the coming days – the next event on the manifest will be the capture and berthing of Japan’s HTV-3 spacecraft to the ISS on Friday (July 27) at around 7:00 AM EDT/11:00 AM GMT. Launched into space on July 21, HTV-3 is currently performing nominally on orbit, has established contact with the ground, and has conducted its first on-orbit maneuvers.

Three days after the HTV-3 berthing, on July 30 Progress M-15M will once again undock from DC-1, at 2:11 PM EDT/6:11 PM GMT, this time for the final time, as it makes way for the August 1 arrival of Progress M-16M/48P – which in itself will be an interesting event since it will be the first ever demonstration of a same-day launch to docking rendezvous profile for the Progress, which will be outlined in full in a future article on NASASpaceflight.com.

Assuming a fast rendezvous profile is used, Progress M-16M is currently targeted to launch on August 1 at 3:35 PM EDT/7:35 PM GMT, with a docking to the ISS at the DC-1 port around six hours (four orbits) later at 9:24 PM EDT on the night of August 1/1:24 AM GMT on the morning of August 2. 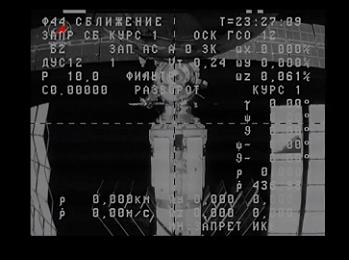 Overseeing the large amount of Progress activity from aboard the ISS are experienced and veteran Russian cosmonauts Gennady Padalka and Yuri Malenchenko, who will be able to take over the docking process at a moment’s notice should any problems occur.

(Via NASA and Roscosmos).