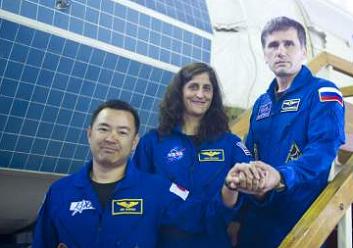 The highly experienced Soyuz commander Yuri Malenchenko, NASA astronaut Sunita Williams and Japanese astronaut Akihiko Hoshide have set sail for the International Space Station (ISS) onboard their Russian Soyuz TMA-05M on Sunday, with launch from the Baikonur Cosmodrome in Kazakhstan on time at 02:40am GMT.

Williams will return to the ISS after spending six months onboard the orbiting complex in 2006/7, a tour that ended with a very emotional farewell speech over the loop to Mission Control Houston, as she prepared to board Atlantis as a STS-117 crewmember for the return to Earth.

Playing the song ‘Goodbye my lover’ – a song by former British Army officer and now recording artist James Blunt – Williams made her feelings known through the lyrics. **Click here for video link**

Now Williams will meet up with the ISS again, as the flight engineer for the Expedition 32 crew, prior to becoming commander of Expedition 33.

Williams is flying with Yuri Malenchenko of the Russian Federal Space Agency, a veteran of two tours of the Station, and a stay on Mir, totalling 515 days in space – and Akihiko Hoshide of the Japan Aerospace Exploration Agency (JAXA), who was part of the STS-124 mission that saw Discovery delivered the Kibo module to the ISS.

The trio’s Soyuz TMA-05M were lofted into orbit by their Soyuz FG launch vehicle. 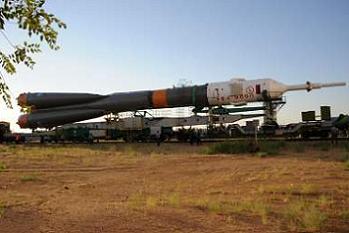 Joining the other three crewmembers of Expedition 32 – consisting of Russian commander Gennady Padalka, fellow Russian Sergey Revin, and American Joe Acaba – the six person crew will be aboard the station during an exceptionally busy period that includes two spacewalks, the arrival of resupply vehicles, and an increasingly faster pace of scientific research.

One day after the HTV-3 launches, a test of a new rendezvous system antenna will take place via the undocking of the Progress M-15M, where it will hold at 250 miles distance, prior to redocking. 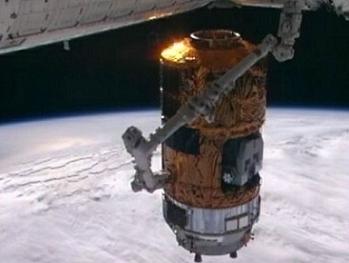 Then, the HTV-3 will arrive at the orbital outpost for a rendezvous and berthing – using much the same procedure as the SpaceX Dragon – on 27 July.

The HTV-3 mission will kick off an intense period of internal cargo transfers, and external robotics as the HTV-3 Exposed Pallet (EP) is transferred to the Japanese Exposed Facility (JEF), whereupon the Japanese Experiment Module Remote Manipulator System (JEM RMS) will remove the Multi-mission Consolidated Equipment (MCE) payload from the EP and install it onto the JEF. 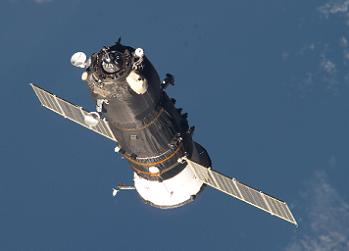 Just days later, on July 30, the Progress M-15M cargo ship will be undocked and sent for a destructive entry to complete its mission and clear the docking port on Pirs for the arrival of the Progress M-16M resupply vehicle, that is scheduled to launch on August 1.

This Progress will be taking a short cut to Station, cutting the arrival time down from the traditional two days, to just four orbits, potentially laying the foundations for a much shorter mission timeline prior to docking for future Soyuz astronauts.

This will be followed by Russian EVA-31, to be conducted by Gennady Padalka and Yuri Malenchenko on August 16, followed on August 30 by US EVA-18 involving Williams and Hoshide, which will include the Removal & Replacement (R&R) of the failing Main Bus Switching Unit-1 (MBSU-1), and the installation of a thermal cover onto Pressurised Mating Adapter-2 (PMA-2).

The first Dragon flight under the Commercial Resupply Services (CRS) contract – known as SpX-1 – is then scheduled for launch on 5 October, for a rendezvous and berthing to the ISS on 7 October.