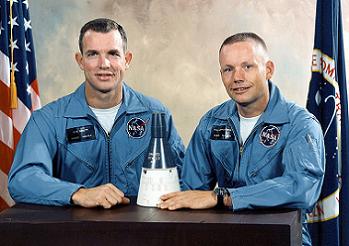 The first man to step foot on the Moon, Neil Armstrong has passed away at the age of 82, following complications relating to recent heart surgery. The global icon and American hero, will forever live on via his legacy, with his advancement of humanity to be taught to generations for thousands of years to come.

Best known for his command of Apollo 11, Armstrong was born August 5, 1930, in Wapakoneta, Ohio. His academic career saw him earn an aeronautical engineering degree from Purdue University and a master’s in aerospace engineering from the University of Southern California.

His military career took him to the skies, becoming naval aviator from 1949 to 1952, prior to making the next leap upwards when he joined the National Advisory Committee for Aeronautics (NACA), NASA’s predecessor, as a research pilot at Lewis Laboratory in Cleveland back in 1955.

With NACA’s High Speed Flight Research Station at Edwards Air Force Base in California, he helped with the development of high-speed planes, including the X-15 – and flew in over 200 different aircraft.

After being selected as an astronaut in 1962, Armstrong commanded Gemini 8 in March, 1966. During this mission, he flew with astronaut David R. Scott, and performed the first docking in space, with an Agena target satellite. Armstrong proved his skills as an astronaut by controlling a roll on the spacecraft – ahead of a successful re-entry and landing – after one of the thrusters failed.

NASA then selected Armstrong for the ultimate honor, to command the Apollo 11 spacecraft for the first human landing attempt on the Moon. 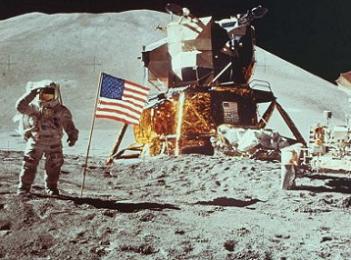 The July 16, 1969 launch of the giant Saturn V sent the three man crew on their way to a destiny with our closest neighbor, again requiring the skills of Armstrong – and lunar module pilot Buzz Adrin – to safely touch down, with just seconds of fuel remaining.

The words spoken by Armstrong will be forever etched into history, from his call on the flight loop to controllers at the Johnson Space Center (JSC) confirming landing “Houston, Tranquillity Base here. The Eagle has landed,” to “one small step for (a) man, one giant leap for mankind,” as he stepped on to the lunar surface from the lander’s steps.

After spending a day on the Moon, Armstrong and Aldrin left the lunar surface, hooking up with Michael Collins in the Command Module, prior to ending their eight day mission with a successful splashdown in the Pacific Ocean. They were greeted by President Richard Nixon on the deck of the USS Hornet.

Armstrong removed himself from the media spotlight soon after, concentrating on a fulfilling career as as deputy associate administrator for aeronautics in the Office of Advanced Research and technology at NASA Headquarters, a professor at the University of Cincinnati, and later becoming involved the business world.

He also served as a member of the National Commission on Space in 1985 and 1986, and in 1985 was vice chairman of the Presidential Commission on the Space Shuttle Challenger Accident. 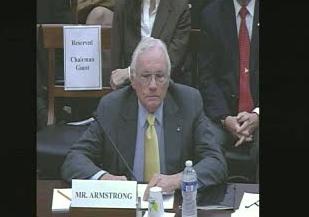 His love for NASA was always close to his heart, as shown during a full committee hearing in Washington DC – titled “NASA Human Spaceflight Past, Present, and Future: Where Do We Go From Here?” – where he pulled no punches when insisting lawmakers supported the Agency’s exploration goals.

“The past year has been frustrating to NASA observers, as they tried to understand NASA’s plans and progress. The NASA leadership enthusiastically assured the American people that the agency was embarking on an exciting new age of discovery in the cosmos,” Mr Armstrong said at the hearing in September, 2011.

“But the realities of the termination of the Shuttle program, the cancellation of existing rocket launcher and spacecraft programs, the layoffs of thousands of aerospace workers, and the outlook for American space activity throughout the next decade were difficult to reconcile with the agency assertions.” 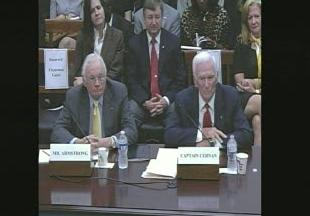 Mr Armstrong was joined by fellow Apollo astronaut Gene Cernan, both supporting the decision to replace the FY2011 budget proposal with the 2010 Authorization Act. As such their pledged their support to the Space Launch System (SLS), but insisted on an exploration plan to ensure SLS had a defined role.

“So, much has been accomplished. But NASA, hobbled by cumbrous limitations, has been unable to articulate a master plan that excites the imagination and provides a semblance of predictability to the aerospace industry,” added Mr Armstrong.

“The key to the success of American investment in space exploration is a clearly articulated plan and strategy supported by the Administration and the Congress and implemented with all the consistency that the vagaries of the budget will allow. Such a program will motivate the young toward excellence, support a vital industry, and earn the respect of the world.”

Mr Armstrong passed away while NASA’s leadership continued to delay the publication of their current work on an exploration roadmap. 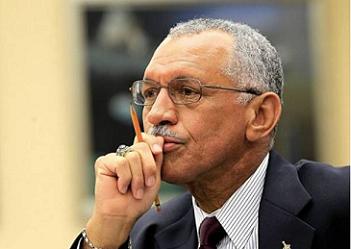 “On behalf of the entire NASA family, I would like to express my deepest condolences to Carol and the rest of Armstrong family on the passing of Neil Armstrong. As long as there are history books, Neil Armstrong will be included in them, remembered for taking humankind’s first small step on a world beyond our own,” NASA administrator Charlie Bolden added in a release on Saturday.

“Besides being one of America’s greatest explorers, Neil carried himself with a grace and humility that was an example to us all. When President Kennedy challenged the nation to send a human to the moon, Neil Armstrong accepted without reservation.

“As we enter this next era of space exploration, we do so standing on the shoulders of Neil Armstrong. We mourn the passing of a friend, fellow astronaut and true American hero.” 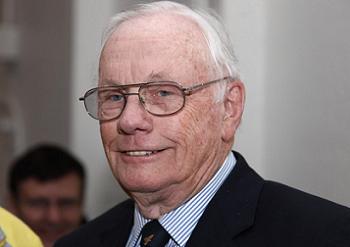 Prior to the medical procedures relating to his heart, Mr Armstrong – along with three other astronauts – received the Congressional Gold Medal last November, the highest US civilian award. Last month he was admitted for an operation to relieve blocked coronary arteries.

Complications after the operation are cited as the reason for his passing, with a statement from his family confirming the terribly sad news.

“We are heartbroken to share the news that Neil Armstrong has passed away following complications resulting from cardiovascular procedures. Neil was our loving husband, father, grandfather, brother and friend,” read the family statement.

“For those who may ask what they can do to honor Neil, we have a simple request. Honor his example of service, accomplishment and modesty, and the next time you walk outside on a clear night and see the moon smiling down at you, think of Neil Armstrong and give him a wink.”