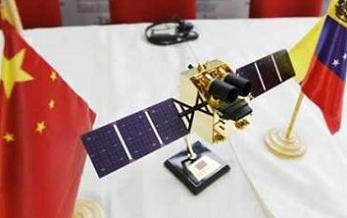 A Chinese Long March 2D (Change Zheng 2D) has launched with Venezuela’s VRSS-1 ‘Francisco de Miranda’ remote sensing satellite on Saturday. The launch took from place from the Pad 603 at the Launch Complex 43 in the South Launch Site (SLS), marking another important step in the growing cooperation between the two countries.

After the successful launch of the VENESAT-1 ‘Simon Bolivar’ communications satellite on October 29, 2008, the Chinese and Venezuelan governments signed a new contract for the design, development and construction of a new satellite, the VRSS-1 (Venezuelan Remote Sensing Satellite). 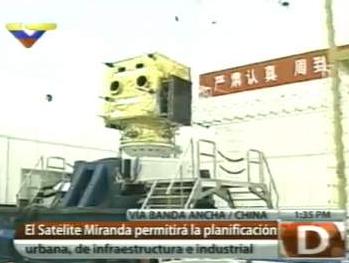 VRSS-1 satellite is based on the CAST 2000 platform developed and manufactured by China Academy of Space Technology (CAST). The ground application system, such as remote sensing data and images receiving stations, were also built by CAST. China Satellite Launch and Tracking & Control General (CLTC) was responsible for launch operation and TT&C services.

According to Mariano Imber, Executive Director of the Agencia Bolivariana para Actividades Espaciales – ABAE (Bolivarian Agency for Space Activities), the satellite will also be used “for the prospect of the productive systems, like the mining, agricultural and fishing, also being used for urban planification by the Ministry of House care and habitat.”

Talking to journalists on September 21, Mariano Imber added “this space project will also be used for the environmental management, disaster detection and emergencies that can happen in several areas of Venezuela.” Also according to Mariano Imber, the satellite will be capable of real time information about what’s happening in the Venezuelan coast line.

Orbiting at an altitude of 639 km, with three daily passes over Venezuela, the satellite will have a 2.5 meter resolution, taking 350 images each day, according to Jorge Arreaza, Ministry of Science, Technology and Innovation. Miranda will pass over the same area of Venezuela each 51 days. 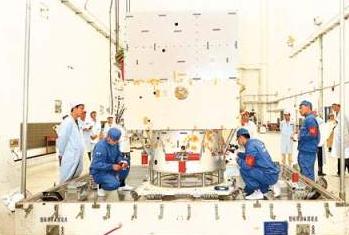 The medium resolution cameras have a spatial resolution of 16 meters. At launch, the Venezuelan Miranda satellite had a 880 kg mass. It will operate for a minimum of five years.

After the initial period of in orbit verification and tests, the satellite will be delivered to Venezuela, who will control it from the Base Aeroespacial Capitán Manuel Ríos (Bamari) – Capitán Manuel Rios Aerospace Base, located on El Sombrero city, Guárico state.

Other elements of the agreement between China and Venezuela is the construction of the ‘Centro de Investigación, Diseño y Ensamblaje de Satélites’ (Research, Development and Integration Center), a small satellites factory at Puerto Cabello, Carabobo state, that will be operated by Venezuelan technicians, and the presence in China of Venezuelan technicians and scientist that are learning and preparing future technological developments in their country.

Future plans are looking for the development of a third satellite, this time built by Venezuela. 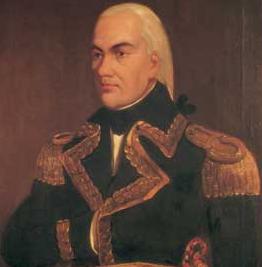 He was a Venezuelan revolutionary that had planned the independence of the Spanish colonies in South America.

This plan failed, but he is usually regarded as a forerunner of Simón Bolívar, who successfully liberated a vast portion of South America from the Spanish domain.

The CAST 2000 is a compact satellite platform characterized by its high performance, expandability and flexibility.

This platform has already been successfully applied in several Chinese small satellites, including the Huanjing-A, B satellites, and its performance and reliability have proven to be excellent.

This platform is also capable of operating in low, medium and high orbits, and has a life span of more than three years. The CAST 2000 bus mass is between 200 – 400 kg and the payload capability is between 300 – 600 kg. The satellite has a 3-axis stabilisation and a sway attitude control capability.

After launch and after separation from its launch vehicle, the Miranda satellite will enter in one of the most critical phases of the mission with the opening of its solar panels. With the solar panels open, the satellite will settle on a three months evaluation period where all its systems will be checked in orbit, starting on Day 3 of the mission.

Following the calibration phase, the first images taken by the Francisco Miranda cameras will probably be sent back to Earth on October 3.

The development of CZ-2D begin in February 1990. To meet the demand of SSO satellites, the payload fairing of 3350mm in diameter and attitude control engine for second stage have been successfully upgraded since 2002. This launcher is mainly used for launching LEO and SSO satellites. 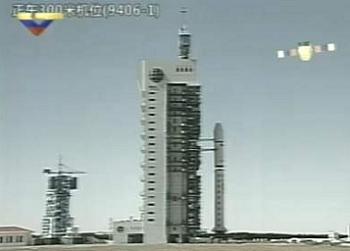 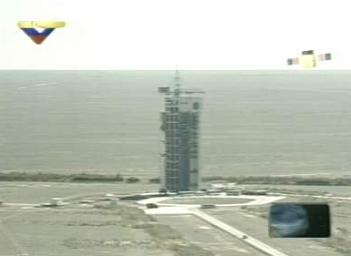