The United Launch Alliance (ULA) are clear to resume launches of their Atlas V rocket, after a review into an anomaly with their Delta IV Upper Stage, during the launch of the GPS IIF-3 satellite, reached a key stage. The green light allows for launches of the Atlas V – which shares commonality via the RL-10 engine on its Centaur Upper Stage – to resume, starting with the next X-37B mission on December 11.

ULA’s Delta IV rocket launched from Cape Canaveral’s SLC-37B on October 4 and successfully placed GPS IIF-3 – the third of twelve Block IIF Global Positioning System satellites, and the sixty-third GPS satellite overall to be launched – into its desired orbit. As such, the mission was a success. 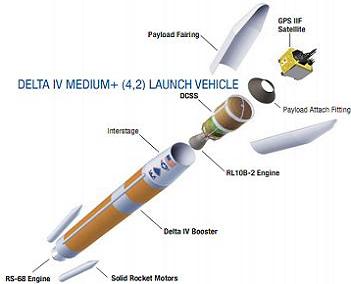 However, the Delta Cryogenic Second Stage (DCSS) – powered by the RL10B-2 powerpack – suffered from a drop in performance, noted from the point it conducted its first burn. The autonomous DCSS recognized the issue and opted to conduct a longer burn to make up for the reduced performance.

Three burns were carried out in total, with the second also classed as a longer-than-planned burn, prior to the required fine tuning of the third and final burn. GPS IIF-3 was successfully deployed on target, thanks to the upper stage’s refinements to the mission profile, along with the large amount of performance “margin” involved with this flight.

It was suspected that a fuel leak was the cause of the issue within hours of the launch (L2), with ULA confirming the leak occurred within “the interior of the thrust chamber”, and that this leak started during the first engine start sequence.

“Although the GPS mission was successful and the satellite was delivered to a precise orbit, ULA and Pratt & Whitney Rocketdyne (PWR) are executing an extremely robust investigation into the cause of the reduced engine performance on the recent Delta IV mission,” noted Jim Sponnick, ULA vice president, Mission Operations.

“Our 50-year heritage of launch experience and decades of launch data have enabled the robust investigation processes we perform for any flight conditions that differ from our nominal predictions, in order to continue the critical focus on mission success that our customers demand.”

The United States Air Force Space Command convened an Accident Investigation Board (AIB) in the wake of the anomaly – led by commander General William Shelton.

“While the launch was ultimately successful, the time-honored rigor and earnest process of an AIB will serve us well as we attempt to determine the root cause of this anomaly,” said General Shelton. “In the end our objective is continued safe and reliable launch for our nation.” 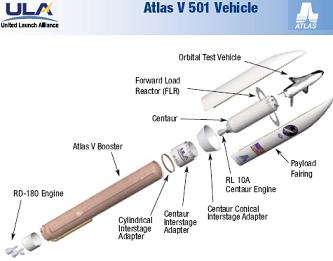 While the investigations into the root cause of the flight data anomaly are continuing, ULA are now at the point where all credible crossover implications from the Delta anomaly for the OTV-3 (X-37B) Atlas vehicle and engine system have been thoroughly addressed and mitigated, culminating in the flight clearance decision for the next launch.

The commonality relates to the Atlas V’s Centaur upper stage, that also uses the RL-10 engine used on the DCSS, thus ULA had to postpone the launch of OTV-3 (X-37B) – a baby orbiter under the control of the USAF – to ensure there wasn’t an issue that could impact their Atlas V launches.

Both the DCSS and the Centaur have a major role to play in the future of space flight, with the Delta IV Upper Stage set to loft Orion on its first trip into space on Exploration Flight Test -1 (EFT-1) and the two test flights to the Moon via the Space Launch System (SLS) on EM-1 and EM-2. 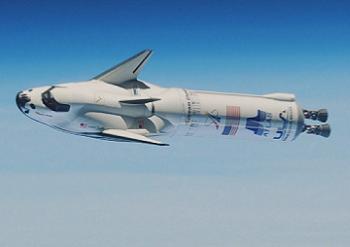 The Centaur will be the upper stage for commercial crew missions using the Atlas V – namely with SNC’s Dream Chaser and Boeing’s CST-100 – should either option ultimately win the NASA contract for flying astronauts to the ISS.

However, for the interim, the Atlas V will continue its hugely impressive flight record by lofting key spacecraft of the uncrewed nature into orbit.

“We thank the OTV customer for their patience and participation throughout the flight clearance process for this important mission.”

With OTV-3 now given approval to launch on December 11 from SLC-41, ULA can also place the Atlas V mission set to follow OTV-3 back on a firm schedule footing. That next launch is the TDRS-K mission for NASA, which is planned for January 29, 2013 – also from SLC-41.