The Golden Spike Company team have revealed their initial work to create commercial lunar expeditions to the surface of the Moon. Led by a heavyweight board of directors, the company is currently in Phase A of their evaluations into the hardware that will enable crewed landings on the Moon as early as 2020.

The company, formed in 2010, has an impressive board of directors, led by Board Chair Gerry Griffin – a former Director of Johnson Space Center and Apollo Flight Director – and President/CEO Alan Stern, the well-known Planetary scientist, and former head of all NASA science missions.

The company’s board of advisors also includes Newt Gingrich, former US Speaker of the House of Representatives, who cited his interest in a lunar base during his campaign as a US presidential candidate.

Via comments provided via interview to NASASpaceFlight.com by Golden Spike’s leadership ahead of the announcement, the initial drive behind setting up the company was conceived out of the failing Constellation Program (CxP) – the NASA roadmap built from the Vision for Space Exploration (VSE) that aimed to send NASA astronauts on lunar surface sorties ahead of crewed missions to Mars. 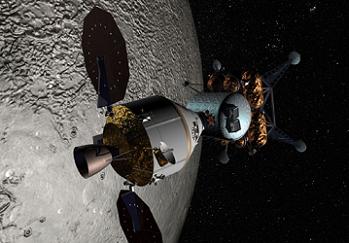 By early 2010, Mr Stern had set up a study group, to evaluate a commercial approach to sending people to the moon, with the findings portraying that it was “clearly possible” that the private sector could enable crewed lunar missions. By the fall of 2010, Mr Stern and Mr Griffin – along with members of the study group and others – formed the Golden Spike Company to push their ambitions forward.

For the last two years, the company has been building a business model and conducting technical studies into the lunar architecture they are currently pursuing.

Realizing their goal – to the point they successfully carry out their first crewed lunar surface mission – will cost between $7 and $8 billion. While no specific details into current funding are likely to be revealed during this initial period, the company has said it will be mainly relying on funding via sales revenue, generated via contracts they expect to be signed by customers for actual lunar flights.

As far as the vehicles that will be used to transport paying crewmembers to the Moon, the company has not yet selected a rocket of preference. 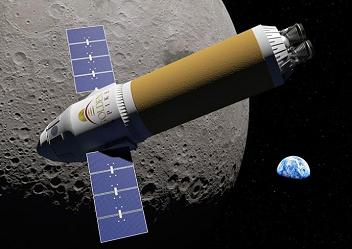 It is understood that the main options include SpaceX’s Falcon Heavy and United Space Alliance’s Atlas V. Notional graphics created by Golden Spike appear to show a crewed spacecraft married with a dual engine Upper Stage – potentially a Centaur.

The company has confirmed they will be taking a very different approach to that created by NASA’s defunct Constellation Program, which relied on “clean sheet” hardware. Golden Spike will be championing what they call a “maximally pragmatic” strategy.

“By adopting (this) strategy, Golden Spike has found a suite of lunar exploration architectures that can enable our company’s first human lunar expedition for a cost of only about $7-8B dollars, including all required systems development and integration, a careful multi-mission flight test series, and a healthy level of project reserves,” noted Mr Stern in the company’s briefing materials.

“What makes this lower cost possible is the direct result of our plan to use existing launch vehicles and crew capsules already in development. We only plan to develop new systems – such as an expedition lander and surface suits – where no existing system exists or is in development.

“Such a system architecture, which we call a ‘head start architecture,’ may not be as elegant as a ‘clean sheet of paper’ approach that develops all new flight systems, but it offers enormous cost, schedule, and reliability advantages.”

By using this approach, the company believes they will reduce the schedule and cost concerns that usually blight a new vehicle’s development, while also reducing associated risks. Also, the actual development costs to build the hardware will already be paid for by the hardware’s parent company.

Other options include adapting existing hardware to enable their lunar aspirations, leaving any new build requirements to be specific to hardware that simply does not yet exist. 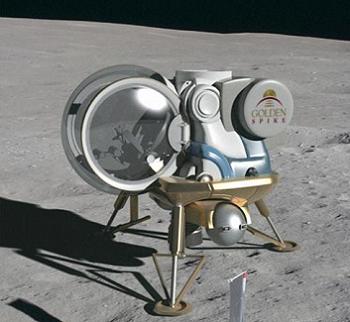 While Golden Spike stressed that no contracts have yet been signed with any companies on either the launcher or spacecraft side of the plan, they are using Thursday’s announcement to reveal contracts to begin work on the design of the lunar lander, via studies by multiple companies, along with lunar space suit designs and lunar surface experiment package design.

Unlike the launcher options, these three hardware elements are currently not available.

These companies are likely to be involved in a wider set of hardware, such as habitats and surface support systems.

Noting a comprehensive plan – one that is likely to be refined as the company moves forward – Golden Spike is aiming to utilize the team’s vast experience in space flight. As such, the company is currently in “Phase A”, which they note allows them to still make substantial refinements to their plans.

However, Golden Spike revealed they are targetting their fourth lunar mission to land a crew on the surface of the Moon, allowing for three test flights – the first of which is believed to be tentatively scheduled for 2017. 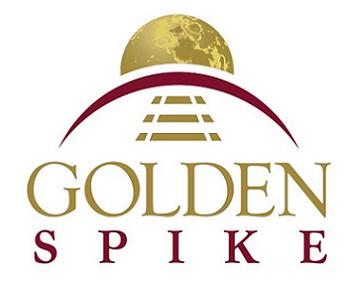 With the target of a 2020 flight to debut their lunar landing capability, the company cited a two-launch architecture for each mission, allowing for a hybrid combination of the EOR and LOR architectures studied for project Apollo.

“Golden Spike’s basic lunar mission architecture requires two launches of two sets existing launch vehicles for each surface expedition. The first pair of launches allows us to pre-position a lander in low lunar orbit. The second pair of launches then sends a crew vehicle with two people in it – the expedition crew – to meet the lander in lunar orbit,” Mr Stern added in the company’s materials.

“For each of these two vehicles that we need to get to lunar orbit, the existing launchers will require help from a propulsion module attached to the payload. Once in lunar orbit, the crew travels to the surface to explore with capabilities like early Apollo landed expeditions, then ascends back to lunar orbit and returns home to Earth in the crew capsule they launched in.”

As to where the first lunar mission will land, no decisions have been taken at this time. Regardless, the company noted they will have access to large areas of the near side of the Moon via their initial capability, with specific destinations to be customer-driven.

The company believes they have an addressable market of 15 to 25 customers for lunar surface missions between 2020 and 2030. 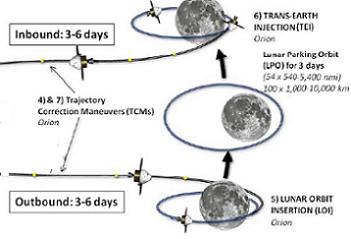 NASA’s own lunar ambitions continue to relate only to the fly-by missions of Exploration Mission -1 and -2 (EM-1, EM-2).

NASA managers have since taken stock in renewed interest in missions to the surface, listed as a Lunar Surface Sortie (LSS) missions via the Exploration Systems Development Division (ESD) Concept Of Operations (Con Ops) document (L2), allowing it to become a Design Reference Mission (DRM) alternative, potentially at the expense of a mission to an asteroid, in the early to mid 2020s.

Lunar surface mission options could also be enabled via the EML2 Gateway option, although that remains outside of the current plan within the Agency.

Per associations Golden Spike’s own associations with NASA, the company does not have any current plans of cooperation on lunar surface missions, although they did conduct a private briefing with the Agency’s leadership last week. They also confirmed they will be ITAR compliant and will work within the regulatory regime.

Thursday’s announcement will be treated with both excitement and skepticism within the space flight community, although Golden Spike have stressed they are a start-up company and their ambitions are currently termed as a vision.

“Our vision is to create a reliable and affordable US-based commercial human lunar transportation system that enables the exploration of the Moon by humans from virtually any nation, corporation, or individual wishing to accomplish objectives on the Moon – including activities based around science, around business, around national prestige, and personal accomplishment,” added Mr Griffin.

“We further plan to create and monetize wide-scale participatory involvement in Golden Spike lunar expeditions, something we will have more to say about later. These are big goals worthy of a new century and an American space industry that has led the world for 50 years.”

Further articles will follow as the company develops its roadmap.

(NSF and L2 are providing full exploration level coverage, available no where else on the internet, from Orion and SLS to ISS and COTS/CRS/CCDEV, to European and Russian vehicles.)