The United States Air Force (USAF) have awarded SpaceX with two Evolved Expendable Launch Vehicle (EELV)-class missions to ride on their Falcon 9 and Falcon Heavy rockets in 2014 and 2015 respectively. The launches, which fall under Orbital/Suborbital Program-3 (OSP-3), will mark SpaceX’s debut for this class of mission.

OSP-3 is an indefinite-delivery/indefinite-quantity contract within the US Air Force Rocket Systems Launch Program and represents the first Air Force contract designed to provide new entrants to the EELV program an opportunity to demonstrate their vehicle capabilities. This is a key award for SpaceX, who have long fought for the right to win EELV-class missions.

It comes almost 14 months after what SpaceX claim is the “stranglehold” on the US Air Force market appeared to be loosening, following a Memorandum of Understanding (MOU) between the USAF, the NRO (National Reconnaissance Office) and NASA that opened up the possibility for the likes of SpaceX to compete for the launch contracts.

Currently, the United Launch Alliance (ULA) EELV fleet of Deltas and Atlas’ carry out the vast majority of USAF launches, which SpaceX class as a “monopoly provider whose prices have consistently risen”. However, ULA have proven themselves to be a highly reliable launch service provider for the USAF, successfully launching many hugely expensive NRO satellites.

“SpaceX deeply appreciates and is honored by the vote of confidence shown by the Air Force in our Falcon launch vehicles,” said Elon Musk, CEO and chief designer, SpaceX. “We look forward to providing high reliability access to space with lift capability to orbit that is substantially greater than any other launch vehicle in the world.” 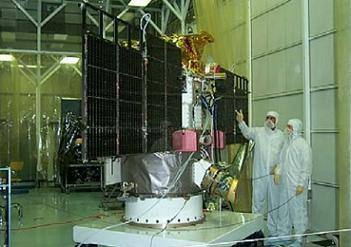 The DSCOVR mission – a partnership between the National Oceanic and Atmospheric Administration (NOAA), NASA and the USAF – will be launched aboard a Falcon 9 from Space Launch Complex 40 at Cape Canaveral Air Force Station, Florida – and is currently slated for launch in late 2014

The mission calls for the refurbished and enhanced NASA satellite – which has a mass noted to be “no more than” 750kg and includes a propulsion unit for maneuvering – to be sent to the Sun-Earth L1 Lagrange point (a point approximately 1,500,000 km from Earth).

From L1, it will observe the Earth and directly monitor space weather around the L1 point, on a primary mission to provide advanced warning of space weather events that will impact both civilian and military activities on the Earth. 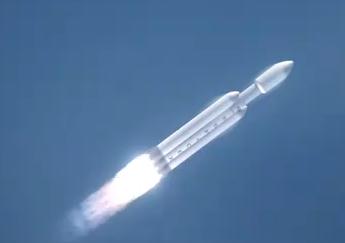 The STP-2 mission will be launched on SpaceX’s new Falcon Heavy from SLC-40 and is targeted for mid-2015.

The goals of the mission are to launch an Integrated Payload Stack (IPS) consisting of two co-prime space vehicles (SVs), up to six auxiliary payloads (APLs) (minimum of two APLs), up to eight separate Poly-PicoSatellite Orbital Deployers (P-PODs) (TBD cubesats), and LSC-provided ballast of up to 5,000kg.

The two co-prime SVs are Constellation Observing System for Meteorology, Ionosphere, and Climate-2 (COSMIC-2), built by the Taiwanese and the Demonstration and Science Experiments (DSX). COSMIC-2 is a set of six identical satellites with a deployment structure.

DSX uses an EELV Secondary Payload Adapter (ESPA) for its primary structure, which hosts an avionics and payload module on opposing ports.

The mission trajectory is designed to meet the requirements of multiple experiments with payload deployments in LEO and MEO orbits. SpaceX will treat the COSMIC-2 stack with its integrated payloads as a single spacecraft.

(Images via SpaceX and FBO.gov)