NASA’s latest Tracking and Data Relay Satellite was carried into orbit atop an Atlas V rocket Wednesday night. The launch of TDRS-K, the eleventh satellite in NASA’s TDRS programme, occured at the start of a 40-minute window at 01:48 UTC Thursday morning (20:48 EST on Wednesday).

The Tracking and Data Relay Satellite system (TDRSS) consists of three satellites plus on-orbit spares. Prior to TDRS-K, ten satellites have been launched, of which seven remain operational. 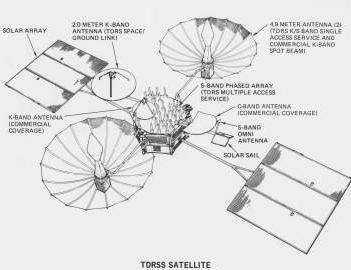 Used to relay communications, scientific data, telemetry and navigation data and commands between spacecraft and rockets and their controllers, TDRSS supported the Space Shuttle, and continues to support the International Space Station and the Hubble Space Telescope, amongst other missions.

The satellites are also rumoured to be used by the US National Reconnaissance Office to relay data from reconnaissance satellites, augmenting the NRO’s own Satellite Data System spacecraft. TDRS satellites are controlled primarily from a ground station at White Sands, New Mexico, with a secondary station in Guam used to control satellites outside the primary station’s line of sight.

Seven first-generation TDRS satellites were constructed by TRW, and deployed by the Space Shuttle using an Inertial Upper Stage to reach geostationary orbit.

These satellites had masses of around 2,270 kilograms (5,000 lb) and provided C, Ku and S-band communications – except for TDRS-7 which lacked the C-band payload. Four remain in service, and with the exception of TDRS-B, which failed to achieve orbit, all have exceeded their design lives. 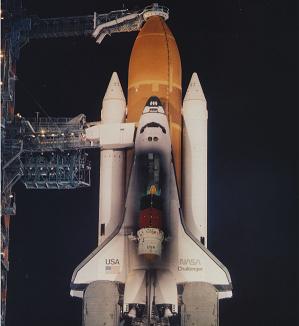 TDRS-1, known before launch as TDRS-A, was deployed by Challenger during its maiden flight, STS-6, in April 1983. The IUS malfunctioned, resulting in the satellite being placed into a lower than planned orbit.

Through the use of attitude control and stationkeeping thrusters, it was eventually able to raise its own orbit. Designed to operate for ten years, it was retired from service in 2009 and decommissioned in 2010, after 27 years in orbit.

TDRS-B was originally scheduled for deployment during STS-8, but following the upper stage problems with TDRS-A, it was moved to STS-51E. On 15 February 1985, Challenger was rolled out to Launch Complex 39A ahead of a March launch; however the satellite developed a problem necessitating that the stack be rolled back to the Vehicle Assembly Building. STS-51E was subsequently cancelled.

With the problems resolved, TDRS-B was re-manifested as the primary payload of STS-51L, the twenty-fifth mission of the Space Shuttle programme, and the tenth flight of Challenger. 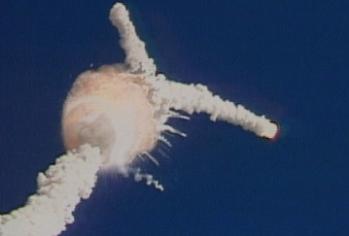 Seventy three seconds after liftoff on 28 January 1986 the vehicle disintegrated, killing the crew of seven astronauts. TDRS-B was destroyed along with Challenger.

Like the GOES programme, and several other series of satellites, TDRS satellites are named using letters before launch, and subsequently given numbers upon achieving orbit; for example GOES-F became GOES 6, GOES-G failed to orbit and was consequently not given a numerical designation, and GOES-H subsequently became GOES 7.

TDRS-B was to have become TDRS-2 upon achieving orbit, however as a tribute to the failure, this designation was never reassigned. 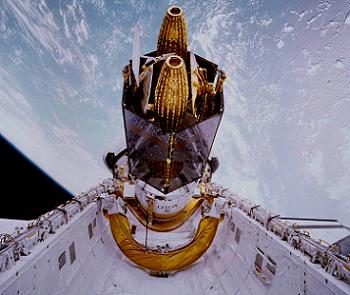 The Space Shuttle returned to flight in September 1988, with Discovery flying STS-26. This mission’s primary payload was the third TDRS spacecraft, TDRS-C, which was deployed successfully.

Currently operational as a reserve satellite, TDRS-3 is also used to relay communications for the Amundsen-Scott station in Antarctica, as its relatively high inclination allows it to be seen from the South Pole for part of its orbit.

During STS-29 in March 1989, Discovery also deployed TDRS-D, or TDRS-4. This spacecraft operated for 22 years – more than twice its design life – before battery problems forced its retirement in November 2011. It was decommissioned last spring.

The next satellite, TDRS-E or TDRS-5, was deployed by Atlantis during STS-43 in August 1991, and remains operational as a backup satellite. The last of the original six satellites was TDRS-F, or TDRS-6, launched by Endeavour during STS-54 in January 1993. This spacecraft is also held in reserve. 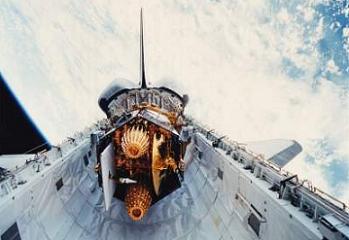 Due to the loss of TDRS-B, a replacement first-generation satellite was built; TDRS-G, which became TDRS-7 in orbit. This spacecraft was the final TDRS to be launched using the Space Shuttle, and was deployed by Discovery in July 1995 (STS-70).

TDRS-7 is the only first-generation satellite to remain fully operational as one of the three active satellites in the TDRSS constellation.

Three second-generation satellites were procured from Hughes Space and Communications (later Boeing) to augment and replace the earlier satellites.

TDRS-H, or TDRS-8, was launched in June 2000. Early in its mission the satellite developed a problem with its multiple-access phased array antenna, which resulted in reduced performance, and has resulted in TDRS-8 being used principally as a backup satellite while the older TDRS-7 remains operational. 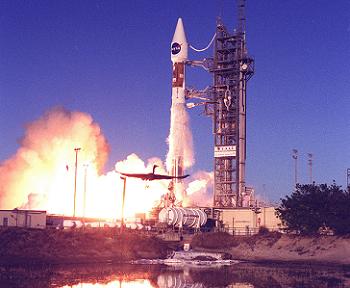 Following the problems with TDRS-8, the TDRS-I and TDRS-J satellites were modified as they were found to carry the same fault. Once the modifications were complete, TDRS-I was launched as TDRS-9 in March 2002, with TDRS-J following as TDRS-10 in December of the same year. Both TDRS-9 and 10 are operational as part of the primary TDRSS system, with TDRS-8 as a backup.

One of TDRS-9’s propellant tanks failed to pressurise in orbit, complicating its orbit-raising manoeuvres. Engineers devised a technique to use the other tank’s pressurisation system to pressurise the faulty tank, and the satellite eventually reached its operational orbit seven months after launch. 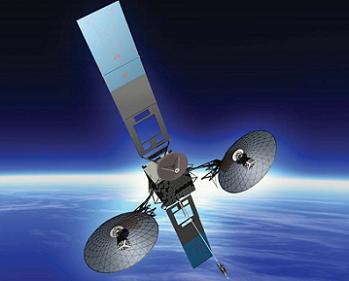 TDRS-K, which will be renamed TDRS-11 upon reaching geostationary orbit, is the first of three planned third-generation satellites. These spacecraft are also being built by Boeing, based on the BSS-601HP bus.

TDRS-K carries S, Ku and Ka-band transponders. The spacecraft can provide a multi-user service via a series of a dedicated s-band antennae supporting up to five other satellites at a time, and a single-user service in all three bands via two steerable antennae which are used for spacecraft such as the International Space Station and the Hubble Space Telescope.

The Ku and Ka-band payloads are single-user and provide higher data transfer rates; up to 800 megabits per second for the Ka-band.

Two third-generation satellites were originally ordered, at a cost of $715 million, which includes modifications to the satellites’ ground stations. In November 2011, NASA exercised one of two options they had in the contract for an additional satellite, which will be designated TDRS-M. The remaining option, for TDRS-N, has not yet been exercised. The cost of the additional satellite has been estimated at $289 million.

TDRSS primarily uses three satellites at any given time for communications; designated TDRS East, TRDS West and TDRS-Z, with the rest remaining operational as backups, or being used for other purposes such as relaying communications to the Amundsen-Scott station at the South Pole.

Currently TDRS-9 is being operated as TDRS East at 41 degrees west longitude, TDRS-10 is serving as TDRS West at 141 degrees west, and TDRS-7 is at 85 degrees East as TDRS-Z. The TDRS-Z satellite is used to fill a gap in coverage between TDRS East and West. TDRS-3, 5, 6 and 8 are in service as backups. 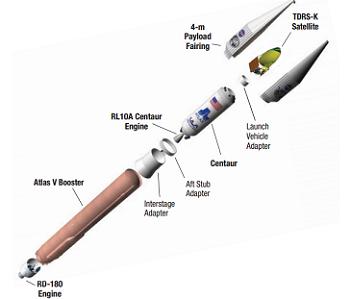 TDRS-K was launched by United Launch Alliance, using an Atlas V 401 carrier rocket. The rocket had the tail number AV-036, and was making the thirty-fifth flight of an Atlas V; the fifteenth in the 401 configuration.

AV-036 is a two-stage vehicle, with a Common Core Booster first stage and a Centaur upper stage. The 401 configuration means a four-metre diameter payload fairing, no solid rocket boosters, and a single-engine Centaur.

The vehicle was topped off with the TDRS satellite encapsulated in an Extended Payload Fairing, or EPF.

Originally developed for the Atlas II, the EPF is approximately 90 centimetres longer than the Long Payload Fairing, which is standard for the Atlas V. This is the eighth Atlas V launch to use the EPF; the first being the April 2006 launch of Astra-1KR. The EPF was used most recently in last September’s launch of USA-238; a pair of NOSS ocean reconnaissance satellites known before launch as NROL-36. 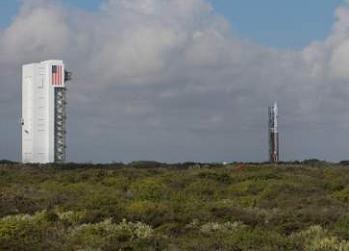 Following assembly in the Vertical Integration Facility, 550 metres (1,804 ft) southwest of the launch pad, AV-036 was rolled out to Space Launch Complex 41 on Tuesday. AV-036 is the thirtieth Atlas, and fifty-seventh rocket overall, to launch from SLC-41.

The launch of AV-036 with TDRS-K began with the ignition of the RD-180 engine 2.7 seconds before T-0. When the countdown reached zero, the engine were ready for launch, however liftoff did not occur until T+1.1 seconds when the vehicle’s thrust-to-weight ratio climbed above 1. 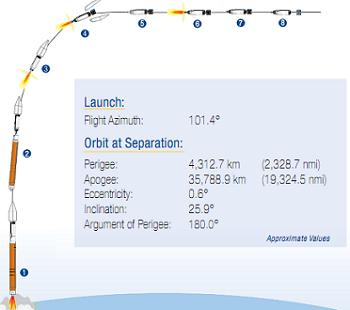 Roll, pitch and yaw manoeuvres were conducted from T+17.6 seconds, as the rocket aligned itself with its flight plan, carrying it out East over the Atlantic Ocean on an azimuth of 101.4 degrees. At 91.4 seconds mission elapsed time, AV-036 passed through the area of maximum aerodynamic pressure, Max-Q.

The Centaur’s RL10 engine began its prestart following separation, igniting ten seconds after staging to begin its first burn. Eight seconds into the burn, the payload fairing was separated from around the spacecraft.

The Centaur’s first burn lasted for 13 minutes and 55.9 seconds, following which the mission entered its 82-minute, 3.1-second coast phase before the RL10 ignited again for its second burn.

The second burn will be much shorter, at 58.7 seconds, and is the last element of powered flight for the mission. 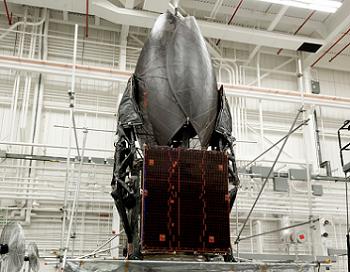 In addition to tracking spacecraft already in orbit, TDRS satellites are used to relay telemetry for rockets. Three spacecraft; TDRS-10 at 174 degrees West, TDRS-3 at 49 degrees West, and TDRS-7 at 85 degrees East will provide a telemetry downlink for AV-036 as it carries TDRS-K into orbit. Ground stations in Antigua, Diego Garcia and Guam will also support the launch.

The first US orbital launch of 2013, Wednesday’s launch begins a year in which United Launch Alliance are expecting to fly six or seven Atlas Vs and four Delta IVs. The next Atlas V launch is scheduled for 11 February, with another Atlas V 401 carrying the Landsat Data Continuity Mission into orbit. 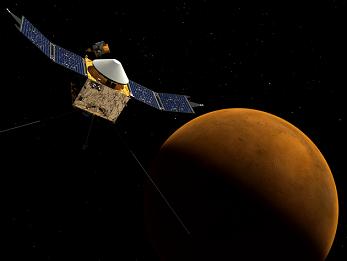 An additional launch had been scheduled for May, carrying the GeoEye-2 commercial imaging satellite, however due to corporate reorganisation this launch has been delayed, and may not fly until 2017.

According to schedules, 2013 could be a busy year for US launches; in addition to ULA’s ten or eleven launches, SpaceX are planning six, including the debut of the Falcon 9 v1.1 and their first launch from Vandenberg.

Orbital Sciences Corporation have one Pegasus, two Minotaurs and four Antares launches scheduled, and the University of Hawaii is hoping to conduct the first launch of its Strypi-derived SPARK carrier rocket in September.

Last year the United States conducted thirteen orbital launches with twelve successful and one a partial failure. United Launch Alliance conducted ten of those launches; six with the Atlas V and four with the Delta IV.

Orbital conducted a single launch using a Pegasus-XL, while SpaceX launched two Falcon 9s. The United States conducted the third highest number of orbital launches in the year; with Russia (27 successes from 29 launches) and China (19 launches, all successful) ahead of it.