The planned unberthing and return of SpaceX’s CRS-2 Dragon (SpX-2) was delayed by one day due to the forecast of high seas in the splashdown zone. Dragon was scheduled to complete its successful mission at the International Space Station (ISS) on Monday, March 25. A Tuesday return has since been approved.

Dragon is closing in on the end of its latest visit to the orbital outpost, following its delivery of much-needed supplies to the ISS. The spacecraft is currently enjoying the second of its Commercial Resupply Services (CRS) missions, its third flight to the Station overall.

Although its launch vehicle, the Falcon 9, performed without issue during the duo’s ride uphill, Dragon did require some lengthy troubleshooting during the initial on-orbit phase of its flight.

The problem was seen in the spacecraft’s propulsion system – a set of four “quads”, housing the thrusters on the Dragon, vital for attitude control and required burns en route to its destination.

However, this issue – deemed to be centered around the check valves in the lines that supply gaseous helium to the propellant tanks – has been classed as resolved, allowing for confidence in the system ahead of its next role during its departure from the ISS, ahead of the deorbit burn and re-entry. 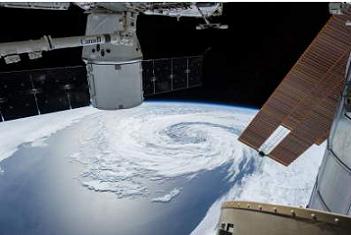 Dragon’s return was scheduled for March 25, until mission managers opted to delay the End Of Mission (EOM) timeline by at least one day, due to the forecast of high seas in the area the spacecraft will splashdown, an area in Pacific Ocean, close to the coast of California.

“Due to High Seas in the landing zone, Dragon unberth and landing planned for Monday (3/25) has been delayed,” noted L2’s CRS-2 Update Section. “Options for 3/26 and 4/1 and associated products are under review.” 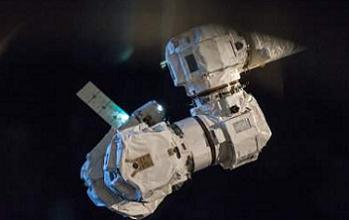 ISS managers have decided to press on with the grapple of the Dragon via the Space Station Remote Manipulator System (SSRMS) – the robotic arm that first captured the spacecraft when it rendezvoused with the Station – with the transition expected later on Friday. 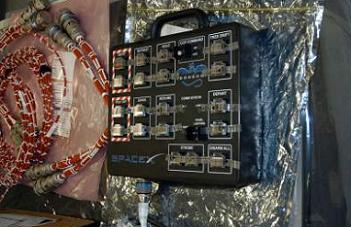 The CUCU – which rode in the middeck stowage locker on Atlantis during STS-129 late in 2009, before being handed over to ISS crewmembers ahead of the demonstration flights – allows ISS crewmembers to monitor and command approaching or departing Dragon spacecraft during cargo delivery missions to the orbiting laboratory.

When Dragon’s departs the ISS, the downmass onboard will be 1,370kg/3,020lb, of which 160kg/352lb will be packaging – meaning that the CRS-2 Dragon will return over double the amount of cargo to Earth than it launched to the ISS. 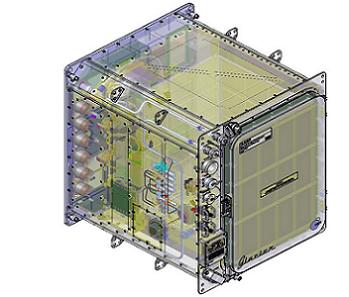 One GLACIER freezer will return as part of the scientific cargo, containing samples stored up on the ISS since the previous return of a Dragon spacecraft back on October 28 last year – during which the GLACIER freezer lost power after splashdown due to seawater intrusion into the Dragon.

The rest of the cargo returning on Dragon will be devoted to excessed or failed equipment, comprising many failed Environmental Control and Life Support System (ECLSS) components including an Oxygen Generation System (OGS) Hydrogen Sensor ORU (Orbital Replacement Unit), a Pump Separator ORU, and a CDRA bed.

Once Dragon splashes down in the Pacific, recovery operations will begin almost immediately, with the spacecraft set to arrive in the Port of Los Angeles via a barge, following which Dragon will be trucked to SpaceX’s facility in McGregor, Texas, where its remaining cargo will be unloaded and transferred to NASA’s Johnson Space Center (JSC).