The Russian Soyuz TMA-06M spacecraft – carrying two Russian cosmonauts and one American astronaut – has successfully landed in Kazakhstan early on Saturday, wrapping up a 4.5 month expedition aboard the International Space Station (ISS).

The undocking and landing was originally scheduled to be conducted in the early hours of March 15, but was delayed by 24 hours due to bad weather at the Kazakh landing site, which prevented rescue forces from reaching the landing site via helicopter.

Soyuz TMA-06M launched to the ISS on October 23 last year, with a docking to the ISS at the Mini Research Module-2 (MRM-2) “Poisk” module occurring two days later on October 25.

During its 144 days in space – with an extra day added to that total due to yesterday’s postponed landing opportunity – Soyuz TMA-06M and its crew witnessed many unique flight events, including a record two visits of a SpaceX Dragon spacecraft. 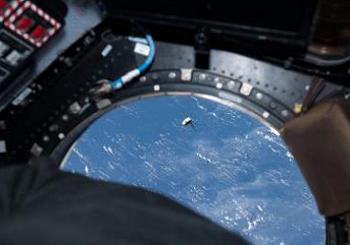 The returning crewmembers aboard Soyuz TMA-06M are Russian cosmonauts Oleg Novitsky and Evgeny Tarelkin, who will both be making their first ever return to Earth on their “rookie” flights.

NASA astronaut and outgoing Expedition 34 Commander Kevin Ford will round out the returning crewmembers, with Ford making his first ever re-entry aboard a Soyuz, but his second ever re-entry in total, as he previously conducted a re-entry aboard Space Shuttle Discovery on the STS-128 mission in September 2009.

To begin the long road to home, the Soyuz TMA-06M crew first entered their spacecraft and closed the hatches between the Soyuz Orbital Module (BO) and the ISS, which occurred at around 8:25 PM GMT on Friday 15 March. The crew then donned their Sokol launch and entry suits, closed the hatches between the BO and the Descent Module (SA), and strapped themselves into their Kazbek couches. 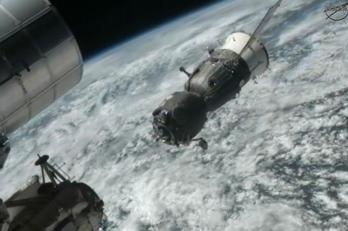 Undocking from the MRM-2 port was on time at 11:43 PM GMT March 15, following which Soyuz TMA-06M will back away from the ISS and perform a separation burn.

After approximately three hours of orbital free flight – often a time of reflection upon a successful mission and appreciation of their “last laps around Earth” for the returning crewmembers – Soyuz TMA-06M then conducted its 4 minute 44 second de-orbit burn at 2:13 AM GMT Saturday March 16.

Tri-module separation was completed shortly thereafter at 2:40 AM GMT, with the Descent Module then beginning its atmospheric Entry Interface (EI) at 2:42 AM GMT.

Following the conclusion of the re-entry phase, the Descent Module deployed its parachute at 2:51 AM GMT and drift safely down for a landing North of the town of Arkalyk in wintry Kazakhstan, targeted for 3:06 AM GMT. 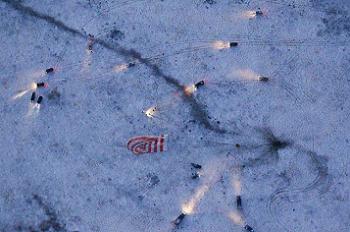 Russian recovery forces were soon be on the scene – despite fog and low cloud hindering helicopter support – who will promptly extract the three crewmembers from their capsule and transport them to a medical tent for a brief check-up.

All three crewmembers then boarded Russian MI-8 helicopters for the roughly 2 hour flight to Kostanay Airport, where, following a brief welcome ceremony, the three crewmembers parted ways for the first time after 4.5 months of living together in space.

The Russian crewmembers  Oleg Novitsky and Evgeny Tarelkin  then boarded a waiting Roscosmos Tu-134 aircraft and were flown from Kostanay to Chkalovsky airfield at the Gagarin Cosmonaut Training Center (GCTC) in Star City, just outside Moscow. From there they were re-united with family and friends and began their post-flight rehabilitation process.

Meanwhile, NASA astronaut Kevin Ford, along with the NASA landing delegation including chief of the astronaut office Bob Behnken, boarded the waiting NASA-992″ NASA Gulfstream III aircraft for a roughly 7,200 mile direct return flight to Houston, with two refuelling stops along the way. After lifting off from Kostanay Airport, the first refuelling stop occurred at Prestwick International Airport, just outside of Glasgow in Scotland, United Kingdom.

The brief stop-over in Glasgow is understood to be an enjoyable experience for newly earthbound astronauts, as it is the first chance they get to see and experience lush greenery after six months in space, since the Kazakh landing site is usually frozen over upon their return. Once refuelled, NASA-992 then flew on to Bangor International Airport in Maine, USA, and from there NASA-992 flew on to Ellington airport in Houston, near to the Johnson Space Center (JSC).

Almost 24 hours after returning to Earth, and after a roughly 43 hour day, Ford will then finally be re-united with family and friends, and be able to return to his home to begin his own post-flight rehabilitation process, with his mission safely and successfully completed.

Immediately upon the undocking of Soyuz TMA-06M, Expedition 35 will begin aboard the ISS, which, for the first time in history, will be commanded by Canada’s superstar astronaut, Chris Hadfield. 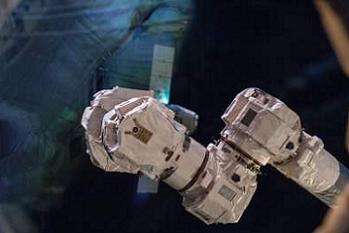 In addition to a heavy schedule of science activities – which recently has been achieving all-time records for the amount of crew hours devoted to experiments – Expedition 35 will also perform a number of other activities, including the March 25 unberthing and release of the Dragon spacecraft, for a re-entry and landing in the Pacific ocean a short time later.

On March 28, Soyuz TMA-08M will launch to the ISS with NASA astronaut Chris Cassidy and Russian cosmonauts Pavel Vinogradov and Alexander Misurkin, who will boost Expedition 35 to six crewmembers. Soyuz TMA-08M will also perform the first ever crewed same-day launch and docking with the ISS using the new accelerated rendezvous profile.

Expedition 35 will then conclude on May 14, with the undocking and return to Earth of Soyuz TMA-07M, carrying Canadian astronaut Chris Hadfield, NASA astronaut Tom Marshburn, and Russian cosmonaut Roman Romanenko.