The Russian Soyuz TMA-08M spacecraft, also known by its US designation of 34S, launched from the Baikonur Cosmodrome in Kazakhstan at 8:43 PM GMT, carrying three new crewmembers for the International Space Station’s (ISS) Expedition 35 crew. The Soyuz then initiate a fast-tracked rendezvous to dock with the ISS just six hours later.

Soyuz TMA-08M was commanded by veteran Russian cosmonaut Pavel Vinogradov, who at 59 years old will become the oldest professional person ever to fly on the ISS. He was born on August 31, 1953 in Magadan, Russia.

Prior to being selected as a cosmonaut in March 1992, he served as an engineer at the RSC Energia company. He has completed two previous spaceflights – the Soyuz TM-26 mission to the Mir space station from August 1997 to February 1998, and Soyuz TMA-8/Expedition 13 to the ISS from March to September 2006. 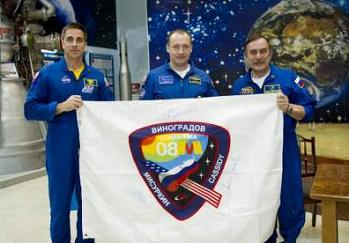 Also flying on Soyuz TMA-08M was rookie Russian cosmonaut Alexander Misurkin. The 35 year old Misurkin was born on September 23, 1977 in Yershichi, Smolensk region, in Russia, and was selected as a cosmonaut in 2006 after a career as a Major in the Russian Air Force.

Rounding out the crew was veteran NASA astronaut Chris Cassidy, who made his first Soyuz flight after flying on the STS-127 Shuttle mission in July 2009.

Cassidy, now 43, was born on January 4, 1970, in Salem, Massachusetts, USA. Prior to being selected as an astronaut in May 2004, he had a storied career as a Commander in the United States Navy, which included time as a Navy SEAL, for which he earned the title of “most awesome astronaut bio” in an amusing Chris Cassidy STS-127 flight rule document, available to download on L2. 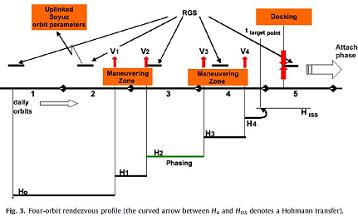 Such a fast rendezvous was never attempted before as it requires extremely precise orbital adjustments from the ISS, and extremely precise orbital insertion by the Soyuz-FG booster, which was only deemed possible following a study conducted last year, which showed that such accuracy was achievable with the existing Soyuz-FG booster and modernised Soyuz TMA-M series spacecraft.

Following liftoff at 8:43 PM GMT and successful orbital insertion shortly thereafter, Soyuz TMA-08M immediately performed its first two engine burns on its first orbit of the Earth, which were pre-programmed into the Soyuz’s on-board computer prior to launch. 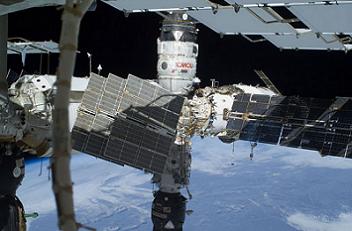 Docking to the ISS at the Mini Research Module-2 (MRM-2) port was slightly ahead of schedule at 2:28 AM GMT on March 29, with hatch opening between Soyuz TMA-08M and the ISS occurring at 4:10 AM GMT, whereupon the new crewmembers were able to float inside their new home only 12 hours after they were walking around the Baikonur Cosmodrome in Kazakhstan.

Cassidy will also be able to greet his old STS-127 crewmate, Tom Marshburn, who is already aboard the ISS.

Based on the results from the Soyuz TMA-08M fast-rendezvous, the decision is then expected to be made to change all future Soyuz rendezvous to be of the six hour type.

Following docking, the crew of Expedition 35, commanded by Canada’s Chris Hadfield, was back up to full strength, ready for a high volume of science and research activities. 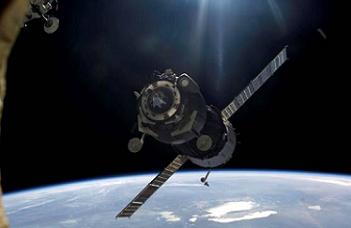 The next flight event to occur for the crew will be the April 15 undocking of Progress M-17M from the Zvezda Service Module (SM), followed on April 19 by Russian EVA-32 by cosmonauts Pavel Vinogradov and Roman Romanenko.

Soyuz TMA-07M will then depart the ISS on May 14, whereupon Expedition 36 will begin with Vinogradov in command. Soyuz TMA-09M will launch for a same-day docking on May 28, boosting the ISS back up to six crewmembers. 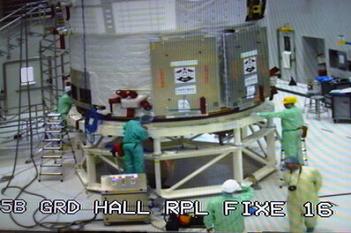 Europe’s ATV-4 is then pencilled in to launch on June 14, for a docking to the ISS on June 26. In late June and early July, one Russian EVA and two US EVAs will be performed, with Chris Cassidy participating in the US spacewalks.

The month of August is also planned to see the launch and berthing of Japan’s HTV-4.

It is also possible that the first flight of Orbital’s Cygnus freighter to the ISS will occur during Expedition 35/36, although no SpaceX Dragons are scheduled to fly during this timeframe, with the next Dragon not scheduled to launch until November 28.

Soyuz TMA-08M will undock from the ISS and return to Earth on September 11, ending almost six months in space for Vinogradov, Misurkin and Cassidy.