NASA’s Aerospace Safety Advisory Panel (ASAP) members were provided with an updated status review of the progress being made on the James Webb Space Telescope (JWST) this month. The positive overview portrayed a program that is now back on track, following its schedule and budget concerns under previous management.

The JWST will be tasked with investigating the birth and evolution of galaxies, and the formation of stars and planets. Set for launch in 2018 via an Ariane 5 launch vehicle, JWST will be the scientific successor to the Hubble and Spitzer Space Telescopes.

The hugely expensive project came close to cancellation in 2011, after the program suffered with schedule slips and budget overruns. With $3 billion already spent on the JWST program, along with 75 percent of its hardware already in production, the telescope was given a second chance. 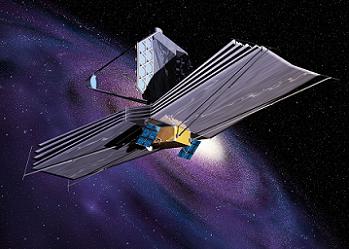 Capped at $8 billion – compared to its original projected cost of $1.6 billion – NASA’s leadership reorganized the management structure responsible for the telescope, with the goal of stabilizing the program’s forward path. This effort appears to be working.

With the ASAP meeting at the Goddard Space Flight Center (GSFC) earlier this month, Geoff Yoder, Program Director on JWST, provided an overview of the JWST’s progress to the influential panel.

“The Program went through some difficult times, but they have re-planned and are supported by both the political and NASA leadership,” noted ASAP member Dr. Donald McErlean in the ASAP minutes sent to NASA administrator Charlie Bolden. “Budget and schedule have both been re-formulated, and they are on track with the re-plan.”

The Deputy Program Manager is also the Program Scientist, and there is now a Deputy Project Scientist Astrophysics Division which, after launch, will be the recipient and operator. 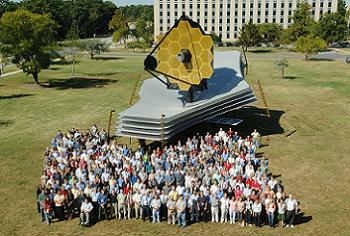 With an improved “communication chain” the program is now able to keep all the stakeholders – which includes a collaboration of about 17 countries – fully involved and aware of Program status.

“This is essential because of the size and importance of the Program. It is now an Agency priority. NASA wants to ensure that everyone in the Program chain has the same view of exactly where they are on the work,” added Dr. McErlean.

“The Deputy Program Manager oversees the communication paths to ensure that all stakeholders are getting the correct and factual information about the Program. It was impressive how they are striving for openness and transparency.”

However, its path to becoming operational, not least its deployment sequence in space, will be equally fascinating to many observers. 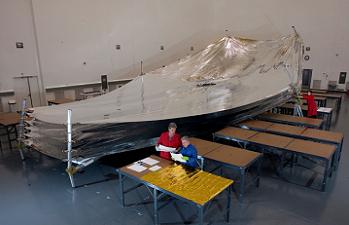 “The ASAP was very impressed by the technical aspects associated with the JWST deployment in space,” Dr. McErlean added.

“For example, the sunshield is five membranes, each of which is about the size of a tennis court, half the thickness of a piece of paper, and in total sustains a 500 degree K difference between the outer layer and the instrument package.

“Incredible technology is being developed, (such as) the ultra-sensitive detectors are so sensitive that they could see a single candle on the moon from 1 million km away. The temperature difference for the sunshield membrane would give an equivalent SPF of about 1.2 million.” 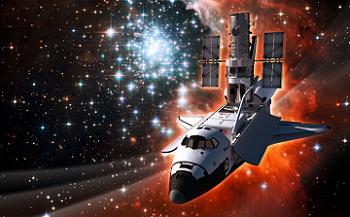 However, the ASAP are aware that the JWST’s technical advancements and overall complexity have so far failed to capture the public imagination, especially when compared to the famous Hubble Space Telescope.

“Mr. Frost noted that JWST is a hugely complex project, and the Panel has discussed the importance of public understanding in this regard,” noted the ASAP minutes. “Everybody knew the complexity of the Curiosity landing on Mars. However, where it had 100 critical functions that had to operate properly, JWST has 300.”

Using Curiosity’s impressive public outreach campaign as a template, the JWST team noted they are looking into a similar drive with their spacecraft. 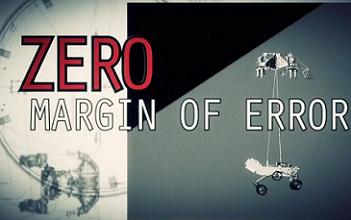 “It is very important that the public be well-informed of the complexity of JWST and the odds of success. Mr. Yoder told the ASAP that the Program has already started working with the Curiosity managers to develop a plan to do that, and the ASAP encourages this effort to continue.”

According to the meeting’s minutes, ASAP Chair, VADM (Ret.) Joseph Dyer added his encouragement for this effort, recognizing that a great video (a la Curiosity’s “Seven Minutes of Terror”) would be worthwhile.

Recent milestones for JWST included the assembly of the Near Infrared Camera (NIRCam) Instrument Modules, the completion of the center section of the backplane structure that will support the telescope’s beryllium mirrors, instruments, thermal control systems and other hardware throughout its mission – and the handover of the Mid InfraRed Instrument (MIRI), following the completion of its rigorous testing and calibration phase by its European consortium.