written by Chris Bergin and Pete Harding May 6, 2013

The debut mission for Orbital’s Cygnus spacecraft – known as ORB-D – is now tracking a provisional launch date of September 28. The slip relates to an engine change out on the Antares that will launch Cygnus en route to the ISS, along with the Station’s busy Visiting Vehicle schedule and Solar Beta Angle cut-out windows.

The newest rocket to launch from the United States performed without issue, achieving all of its validation tasks, by successfully lofting a Cygnus Mass Simulator into space.

Orbital then conducted a post-flight performance review for the two-stage medium lift launch vehicle’s debut, in order to confirm everything proceeded as plan during Antares’ launch out of Wallops.

The flight data was used to validate that the launch vehicle’s propulsion, navigation and other major subsystems, as well as the supporting ground systems. The results proved to be excellent. 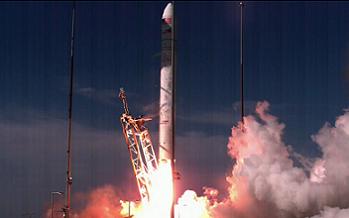 “While the launch looked great to the casual observer, our team was hungry for data in order to validate our expectations for the rocket’s performance,” said Mr. Mike Pinkston, Orbital’s Antares Program Manager.

“Comprehensive post-flight analysis is an absolutely critical step to understanding exactly how a launch vehicle has performed and whether there are any necessary adjustments to its main systems prior to the next launch.

“Having intensively reviewed the data for a couple weeks, our conclusion was the inaugural Antares flight really was as good as it looked.”

The heavily instrumented mass simulator payload also confirmed Orbital’s engineering models that predicted a benign launch environment for Cygnus and other future satellite payloads in terms of the thermal, acoustic, vibration, acceleration and other measurements captured during the flight.

The stage is now set for the first operational Cygnus to make its debut trip to the ISS, following a similar path to that undertake by SpaceX’s Dragon during its COTS 2+ mission.

Launch date planning for any Visiting Vehicle to the ISS is tricky, with a fleet of international vehicles lined up to supply the orbital outpost throughout the year. With the additional constraints of spacewalks on the outside of the Station and the Solar Beta Angle cut-outs – that provide a roadblock to spacecraft en route to the ISS – specific windows of opportunity have to be taken to avoid slips. 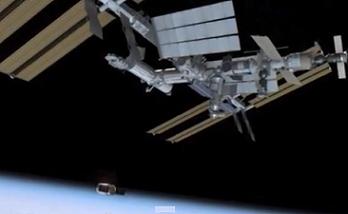 For Cygnus’ previously announced late June/early July window, the spacecraft would have had to compete with the June 15 docking of Europe’s ATV-4, with additional constraints – such as the Russian EVA on June 26, followed by US EVAs on July 9 and 16 – also removing arrival dates from the schedule.

That initial June/July window is no longer available to Cygnus, given Orbital have determined the Antares set to launch the spacecraft will require a swap out of one of its AJ26 engines. 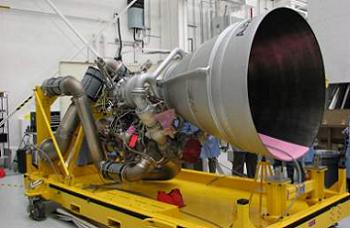 “Orbital is swapping out one first stage AJ26 main engine for another unit that is already fully tested in order to further inspect and confirm a seal is functioning properly,” noted the company via a statement on Monday.

“The company expects the engine change-out process to add about three to four weeks to the schedule.”

Technically, Orbital should have the work completed in time to be in a stance to launch in August. However, once again, the restrictions in the ISS schedule come into play. 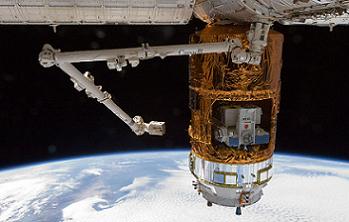 With a Beta Angle cut-out stretching from July 31 to August 8, the Japanese HTV-4 – set for launch on August 4 – is next in line for arrival at the ISS, with a berthing on the manifest for August 9.

Visiting Vehicle restrictions in August include the undocking and same-day launch and docking of Russian Progress vehicles on August 14 and 15, followed by two Russian EVAs. 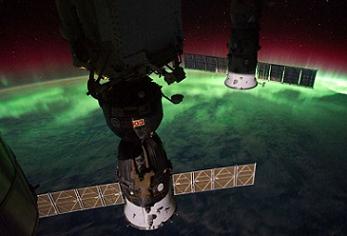 Following the unberthing of HTV-4 in early September, along with the Soyuz rotation – and associated restrictions of only three crewmembers being on the Station – late September provides the first real opportunity for the ISS to welcome Cygnus.

As such, ISS managers have provided Orbital with a window that results in a September 28 launch date opportunity, per the current plan. However, there may still be a small chance to secure a window in August, should the HTV-4 mission suffers from a delay.

Preparations for the ORB-D mission have been ongoing for some time, ranging from the preparation of the hardware that will ride uphill to the Station and from the mission planning standpoint. 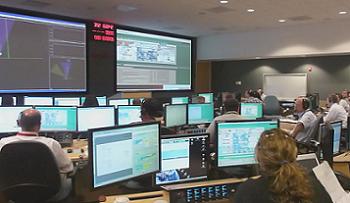 The Cygnus vehicle will be controlled by Orbital at MCC-Dulles, using an ops team that has experience operating GEO satellites, boosted by an increasing number of flight controllers from NASA MOD, who will bring their ISS experience to the table.

Following Antares’ role of launching the ORB-D Cygnus into its initial orbit,  five to six days of demos will take place during the period of far field phasing.

Future missions will only require a standard three days prior to arriving at the ISS.

There will be two key operational phases for the opening part of the mission, the Integrated Launch Operations Phase (ILOPS), for ascent and insertion, handing over to the Phasing Operations Phase (POPS), for the catch up to ISS. 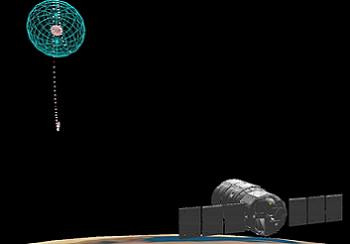 As seen with SpaceX’s Dragon mission, one of the main challenges is to safely arrive in the ISS’ back yard, with extra caution required when entering the ISS’ “Keep Out Sphere (KOS)”.

Dragon’s only hiccup during its arrival related to the sensors used to allow the spacecraft to “see” the ISS and calculate the distance and closure rates.

Due to stray light and reflections coming off the ISS, the SpaceX team had to recalibrate – successfully – one of the beams to narrow its field of view.

For the first two Cygnus missions, the vehicle will use Jena LIDARs (Light Detection And Ranging) sensors. 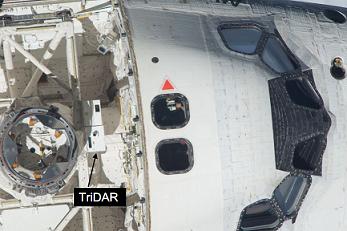 Cygnus will eventually – from OrB-2 – use the TriDAR vision system – designed by Canadian company Neptec, with the support of NASA and the Canadian Space Agency. This system provides real-time visual guidance for navigation, rendezvous and docking procedures.

The system has proved its worth by flying on three shuttle missions, previously with Discovery on STS-128 and STS-131, prior to its final shuttle trip with Atlantis on STS-135.

Its performance with Atlantis during rendezvous was impressive, with the TriDAR-created video (L2) of the acquisition of the International Space Station showing how the system tracked the orbital outpost from 34km out, all the way through to Atlantis’ docking. 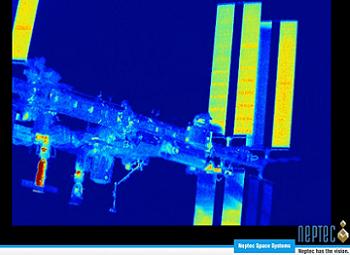 Given real-time tracking of undock and flyaround had already been previously performed during STS-131, the Neptec TriDAR team took the unique opportunity to produce 3D and thermal movies of the last Shuttle-based ISS flyaround operation.

Neptec noted that the 3D Triangulation and LIDAR Laser Range images were collected simultaneously, utilizing a triangulation subsystem based on OBSS (Orbiter Boom Sensor System) LCS (Laser Camera System) technology. The system worked so well that Commander Chris Ferguson took time during the undocking and flyaround phase to pass on thanks to the TriDAR team. 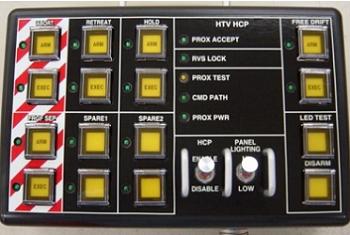 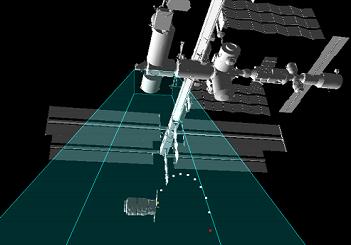 With its TriDAR locked on – the tenth demo of the approach at this point – a final go will be given for Cygnus to approach to the capture point, mirroring Dragon’s own successful approach last month. 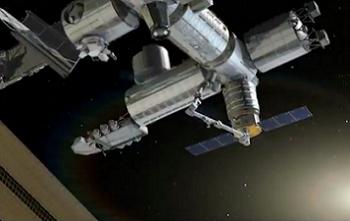 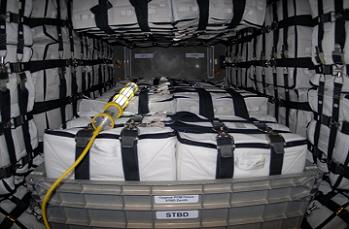 ISS status notes (L2) recently spoke of two printer spares that have been designated to ride on Cygnus’ demo mission, showing ISS managers are keeping the new spacecraft’s debut run in the forefront of their upmass evaluations 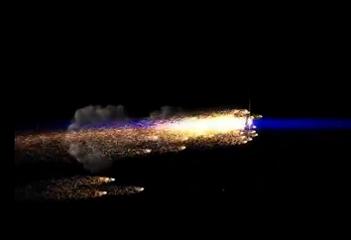 Preparations for Orbital’s CRS-1 (OrB-1) mission have already begun, with both AJ26 engines for the CRS-1 Antares fully tested and at Wallops for processing.

Also, two major components of the CRS-1 Cygnus are scheduled to be mated and integrated at Wallops this fall. The Cygnus Service Module has been fully tested and ready to be shipped to Wallops from Orbital’s Dulles manufacturing facility, while the Pressurized Cargo Module is also complete and awaiting shipment to Wallops from Thales Alenia’s plant in Turin, Italy.