International Launch Services (ILS) launched their Proton-M rocket again from the Baikonur Cosmodrome in Kazakhstan. Launch occurred at 09:18 GMT, with the Proton’s Briz-M (Breeze-M) Upper Stage successfully deploying the SES-6 communications satellite into its super-synchronous transfer orbit after over 15 hours of flight. 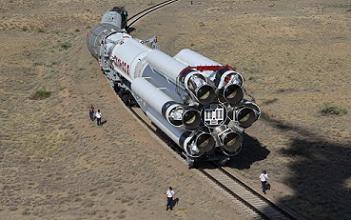 The first three stages of the Proton used a standard ascent profile to place the orbital unit (Breeze M Upper Stage and the SES-6 satellite) into a sub-orbital trajectory.

From this point in the mission, the Breeze M performed planned mission maneuvers to advance the orbital unit first to a circular parking orbit, then to an intermediate orbit, followed by a transfer orbit, and finally to a super-synchronous transfer orbit.

“This is a momentous occasion that we share with SES. Our relationship goes back two decades, starting with the signing of the first commercial Proton launch agreement – for the ASTRA 1F satellite,” noted ILS President Phil Slack.

“We thank SES for continuing to entrust us with their business, with this 22nd launch. I also want to thank all of the teams involved at SES, Astrium, Khrunichev and ILS for their tireless work leading up to this successful launch of SES-6.” 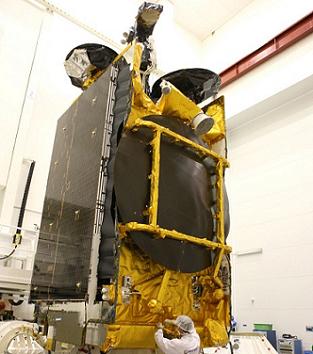 The Astrium-built SES-6 communications satellite is based on the E3000 Platform and has a mass of 6,100 kg.

SES-6 is a multipurpose satellite will be replacing NSS-806 at 319.5 degrees east to provide significant capacity expansion over North America, Latin America and the Caribbean, Europe, and Atlantic Ocean region.

“With this launch we are able to fulfil demand in Latin America and the Caribbean, where we are seeing rapid growth. We will also be able to provide uninterrupted coverage for our customers in the Americas and Europe,” added Romain Bausch, SES CEO.

“Our long-standing relationship with ILS and Khrunichev should be attributed to their flexibility, their robust vehicle and their stout determination. We look forward to our continued partnership and future launches.”

(Images via ILS and Astrium).