The satellite on Thursday’s launch was believed to be the radar imaging variant, and will be the Russian military’s first radar satellite. Russia has previously operated two civilian spacecraft with radar imaging capabilities – the Almaz 1 satellite it inherited from the Soviet Union, and the Priroda module of the Mir space station.

Development of the Kondor satellite began in the early 1990s, with NPO Mash proposing to the Russian government a small satellite carrying a radar imaging payload.

NPO Mash received an order from the Russian military for both radar and optical-imaging versions of this satellite in 1997, however by the end of the decade funding had been cut, and NPO Mash looked to develop the satellites for the export market instead. 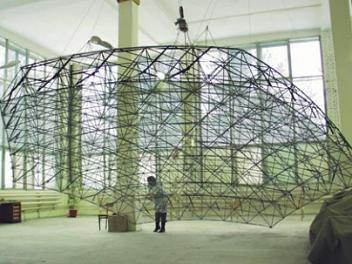 This project became known as the Kondor-E. Funding for the military Kondor satellite was later restored.

In either the optical or radar imaging configuration, Kondor satellites produce images with a resolution of about one meter.

The radar imaging payload was developed by NPO Vega, while the optical payload will be built by the Leningrad Optical Mechanical Association. Each satellite has a design life of around three years.

The optical satellites have a mass of around 1,150 kilograms, and while the mass of the radar satellites has not been reported, a mass simulator launched in 2003 had a mass of 978 kilograms.

At the time of the mass simulator’s launch, which was the maiden flight of the Strela rocket in December 2003, the first Kondor satellite was expected to be launched between 2004 and 2006.

Most of the delays which have affected the launch have been due to funding or delays in the development of the Kondor satellite. If the launch does not occur by the end of June, the rocket will have exceeded its design life. 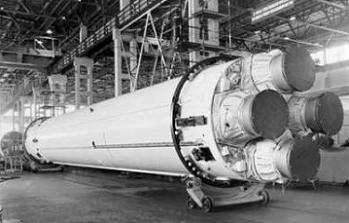 Prior to Thursday’s launch, Strela has only flown once; a test flight conducted almost ten years ago, at which time the first Kondor launch was expected to occur within a few years.

The test launch, which occurred on 5 December 2003, successfully placed the Gruzomaket satellite into low Earth orbit. Gruzomaket was an inert mass simulator for the first Kondor-E satellite, which was placed into a 453 by 461 kilometer orbit inclined at 67 degrees. It is still in orbit, although its apogee and perigee have both decreased by around 50 kilometers.

Strela, which means “Arrow” in Russian, is a three-stage rocket developed by NPO Mash, derived from the UR-100NUTTKh intercontinental ballistic missile. Part of Vladimir Chelomei’s Universal Rocket family, the UR-100 made its first test launch in 1965, and entered service in 1966. The UR-100 is designated SS-11 by the US Department of Defense, and has the NATO reporting name “Sego”.

The UR-100N, known by the United States as the SS-19, and NATO as the “Stiletto”, was a major redesign which entered service in 1975 having first flown in 1973. The rocket’s diameter was increased by 50 centimeters, the first stage was stretched by 4.7 meters, the second stage was slightly shortened, and the vehicle was re-engined. The final version, the UR-100NUTTKh, made its first flight in 1977, and became operational in 1979.

The UR-100NUTTKh was 400 kilograms heavier, 30 centimeters longer, and could deliver six independently-targeted reentry vehicles, armed with thermonuclear warheads, to a range of 10,000 kilometers. Approximately thirty five UR-100NUTTKh missiles are still deployed by Russia, at bases in Kozelsk and Tatishchevo; however the missile is being replaced by the RS-24 Yars.

The UR-100NUTTKh is a two-stage rocket, consisting of liquid-propellant stages using unsymmetrical dimethylhydrazine (UDMH) fuel with dinitrogen tetroxide oxidizer. A maneuverable unit, designated Agregatno Priborny Otsek or APO, is mounted atop the second stage, and used to refine the course of the missile’s reentry vehicles.

Strela uses the first and second stages of the UR-100NUTTKh, with the APO modified to act as a third stage, an additional instrument unit mounted above it, and additional telemetry, attitude control and thrust termination systems. The first stage is powered by three RD-0233 engines and one RD-0234, which is used to pressurize the rocket’s fuel and oxidizer tanks in addition to providing thrust.

Two different payload fairings are available for the Strela – the KGCh-1 is based on the nosecone of the UR-100NUTTKh, while the KGCh-2 is lengthened to accommodate larger payloads. Thursday’s launch will use the KHCh-2. NPO Mash also designates the KHCh-1 and 2 as Space Head Section (SHS) 1 and 2 respectively.

Although both are based on the UR-100NUTTKh, the Strela differs significantly from the Rokot. Strela was designed to be cheaper, is less heavily modified than Rokot, and launches from UR-100 silos. By contrast, the Rokot uses a different third stage, the Briz-KM, and is launched from a surface pad at the Plesetsk Cosmodrome – although a small number of test flights used a Briz-K upper stage and launched from silos at Baikonur.

Twenty Rokots have been launched to date – three flights in the early 1990s from silos at Baikonur, followed by seventeen launches from Plesetsk beginning in May 2000. Two Rokot launches have failed – those of CryoSat-1 in 2005 and Kosmos 2470 in 2011. In addition, the most recent launch, which was conducted in January and carried three Strela-3M satellites, appears to have suffered an anomaly after spacecraft separation, which apparently prevented the upper stage performing its disposal burn.

Thursday’s launch took place from silo 59 at site 175 of the Baikonur Cosmodrome. Silo 59 is the older of two UR-100NUTTKh silos at site 175. The numbering of the newer silo, which was used for the 2003 Strela launch, is unclear, so the silos are often informally identified by western sources as 175-1 (for silo 59) and 175-2. 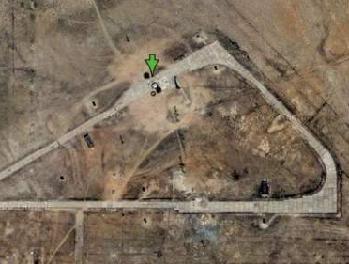 Both silos have been used for missile test launches, and to date each has seen one orbital launch. The previous orbital launch from Silo 59 was a Rokot/Briz-K test launch in December 1994, which orbited the Radio-ROSTO satellite. That was the first orbital launch of a Rokot, and the last test flight from Baikonur before launches moved to a converted Kosmos-3M pad at Plesetsk.

Once the countdown reaches zero, the Strela’s four first stage engines ignited, and the rocket rose out of its silo to begin the climb to orbit. Around 51 seconds after launch, the vehicle encountered maximum dynamic pressure, or max-Q. At this point, Strela was five kilometers downrange, at an altitude of 50 kilometers and travelling at a velocity of 570 meters per second.

The first stage burned for approximately 126 seconds, before it separated and retrorockets ignited to push it away from the second stage. The second stage ignited to continue powered flight, beginning a 183-second burn.

Another Strela launch is expected to occur later this year, carrying the first Kondor-E satellite. It is currently unclear which country or organization will operate this satellite.

The next launch from Baikonur is scheduled for Tuesday, when a Proton-M will deploy a trio of GLONASS navigation satellites.