One of the key technologies on NASA’s new monster rocket, a small box of tricks known as the Flight Computer, is making good process during its developmental phase. With Boeing – main contractor for the Space Launch System (SLS) – deeply involved, a Production Readiness Review (PRR) has provided the green light to enter the build phase.

All launch vehicles require the ability to think for themselves, providing real time monitoring and actions. 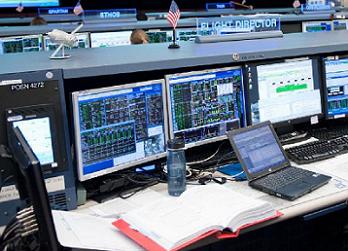 Data on the performance and required tasks for the SLS will be fed both to Orion’s crew, via their displays, and to the controllers on the ground – such as the teams in the Flight Control Room (FCR) at the Johnson Space Center (JSC).

For the SLS, the Flight Computer – a box of electronics and software – will run off the highest processing capability available in a flight avionics computer, developed by upgrading existing systems used in Global Positioning System and communication satellites.

Boeing, the contractor for the majority of the multi-billion dollar SLS, tasked their teams at their Satellite Systems Division facility in El Segundo to develop the Flight Computer, utilizing their experience with numerous satellite systems.

Working alongside the SLS Program Office, engineering and safety personnel participated in the kick-off of Boeing’s Flight Computer (FC) Critical Design Review (CDR) on back in August 22-23, 2012.

“Boeing and NASA personnel reviewed the design of the FC and each of its major sub-components, plans for qualifying the design, manufacturing/delivering units of increasing design maturity/pedigree, and mitigation of risks associated with moving forward with the design. Representatives of SLS Level 2 Flight Software team also attended the review,” according to notes from L2’s SLS rolling development update section.

No major issues were identified, although a risk reduction action was established to accelerate environmental testing. Because Boeing is developing the FC internally, the NASA team have been participating more deeply in the design review process. 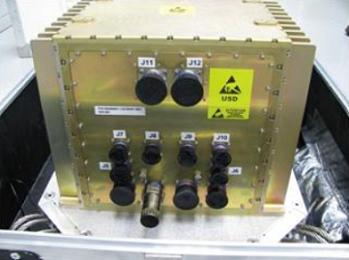 The EDU is a functionally equivalent unit of the SLS Flight Computer developed by Boeing El Segundo. 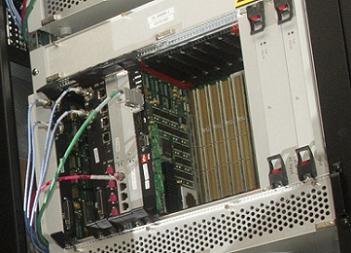 The flight software was installed in the Software Integration Test Facility at Marshall and tested with other electrical hardware and software. This facility can also run a variety of simulations to evaluate how the vehicle will perform in space.

“SLS will be the most powerful launch vehicle ever built, and it requires the most capable flight software in the history of human spaceflight,” added Todd May, Space Launch System Program manager.

“Having this avionics hardware in place early will allow the NASA SLS team and Boeing to accelerate the flight software development.” 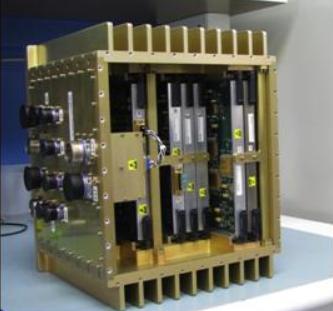 Two additional EDUs were delivered in late March to provide the SLS Flight Software team with the initial SLS flight-like configuration of the three flight computers, the FCOG.

The most recent milestone revolved around a series of meetings held last month at Boeing’s Satellite Systems Division for the Stages Avionics Flight Computer. All the meetings had participation from Boeing Huntsville, Avionics insight and Level II flight software.

The reviews included a software health and status Technical Interchange Meeting (TIM) on June 18, focusing on Boeing’s part of the operating system on the Flight Computer.

In conclusion, a Production Readiness Review (PRR) was held to determine the authorization for qualification and flight hardware build.

According to the L2 notes, the meetings were classed as very productive, with the path agreed for verification roles and responsibilities in cooperation with the Boeing teams. Several “forward actions” – to better define the software health and status messages that will be sent to future crews and ground controllers during SLS’ ride uphill – were also agreed upon.

The only “risk” of note related to the schedule of building flight units to support Systems Integration Labs and flight units before qualification is complete.

Ultimately, the PRR gave the green light to move into build phase.

There will also be a subsequent Test Readiness Review (TRR) in the autumn before qualification of the flight unit begins.