The Space Launch System (SLS) is expected to pass its Preliminary Design Review (PDR) when the NASA Board meets on July 31. All “Element Level” PDRs have now been completed, ahead of the summit meeting, with zero “Red Risks” found with NASA’s new Heavy Lift Launch Vehicle (HLV).

In what is a major milestone review of the SLS, hundreds of documents – known as the PDR data pack – have been created to overview the monster rocket that is set to be the centerpiece of NASA’s Beyond Earth Orbit (BEO) aspirations.

Technically, the vehicle is in the process of overtaking the phase of development the Ares launch vehicles achieved, prior to the cancellation of the Constellation Program (CxP). More importantly, SLS is not suffering from the list of “Red Risks” that added to Ares I’s woes, as it battled against funding shortfalls, manifest slips and engineering challenges.

While the data pack is obviously restricted from public view, notes released to L2’s rolling SLS PDR Update Section provide a level of insight into the status of the element reviews that will be combined into the Board meeting at the end of this month.

The approval to proceed from the element PDRs also provides the green light to push the hardware into preparations for 2015’s Critical Design Review (CDR).

One such example of the status from the review comes from the completed Spacecraft and Payload Integration Office (SPIO) Element PDR that was held in Huntsville, Alabama, at the Jackson Center. 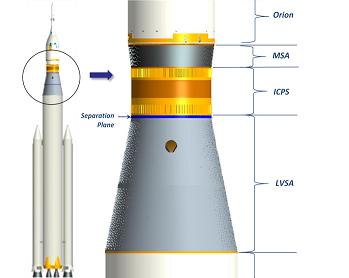 “There were eight success criteria

evaluated, two were found to be green and six were yellow,” added the notes (L2).

“Although the ICPS stage is ‘heritage’ – less the LH2 tank stretch – the majority of the criteria were rated yellow by both the Pre-Board and the Board due to the need for further definition of interfaces, abort requirements, mitigation of RL-10B2 service life issue – most likely by re-certifying to work beyond their already approved shelf life. 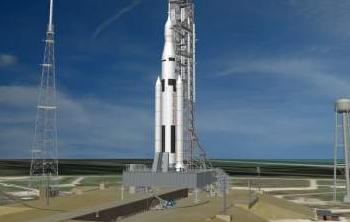 Another example of an element level review related to the Kennedy Space Center (KSC) the Ground Systems Development and Operations (GSDO) Program office, which added no significant issues had been identified during its review.

“GSDO/KSC received 90 comments during the review, and submitted 16 to SLS as Pre-RIDs,” the notes continued. “Pre-RIDs that were submitted by GSDO to the PDR Board focused mainly on the Fill and Drain Value operation during chill-down, Flight Termination requirements, Software/Avionics, and test plans.

“Some minor issues – such as absence of referenced bulkheads and incorrectly referenced figures – were also submitted. The remaining comments were withdrawn or forwarded to the book managers as editorial.” 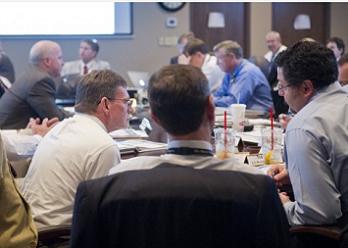 With the completion of all Element Level reviews, the main PDR remains on schedule to take place at the end of the month.

“This successfully completes all SLS Element level PDRs. We are currently (ready to) support the program level SLS PDR,” concluded the notes.

“Those boards will occur later in July, with the SLS PDR Pre-Board taking place July 24-25, followed by the Board PDR on July 31.”

While the hardware continues to avoid major issues, the use of the vehicle remains at the mercy of mission planners and politicians.

Only the opening two missions of the HLV have been officially outlined, both of which are large-scale changes to their original plans. 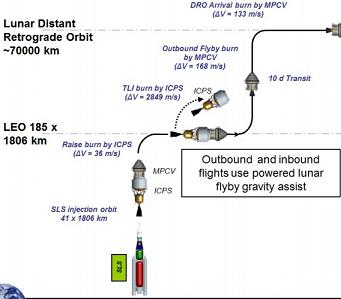 Exploration Mission -1 (EM-1) is currently under an official Change Request (CR) to realign it to a Distant Retrograde Orbit (DRO) mission – resulting in Orion being sent 70,000 km past the Moon on a 25 day flight.

The previous plan for what is ultimately the debut test flight of the SLS was to send Orion on a 10 day mission to high-lunar orbit to evaluate the fully integrated Orion and SLS system.

“We sent Apollo around the moon before we landed on it and tested the space shuttle’s landing performance before it ever returned from space.” said Dan Dumbacher, NASA’s deputy associate administrator for exploration systems development.

“We’ve always planned for EM-1 to serve as the first test of SLS and Orion together and as a critical step in preparing for crewed flights. This change still gives us that opportunity and also gives us a chance to test operations planning ahead of our mission to a relocated asteroid.” 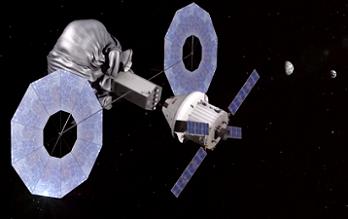 Exploration Mission -2 (EM-2) had already been re-baselined from a crewed version of the old EM-1 into the Asteroid Redirect Crewed Mission (ARCM), based around a 2019 mission tasked with hunting down and capturing an asteroid that would then be placed in the vicinity of the Moon within one to two years, ahead of the launch of two astronauts to meet up and conduct EVAs on the asteroid.

The missions that will follow are currently under evaluation, with the potential of a major science mission utilizing the final Block 1 SLS – per L2 notes.

The Block 1A – the 105mt version of the HLV – would then open up the ability to conduct numerous Design Reference Mission (DRM) options, ranging from deep space Near Earth Asteroid (NEAs) and even Lunar Surface missions, should lawmakers re-direct NASA’s future plans.

Several SLS/Orion DRM overviews, based around the new – and highly detailed – 116 page Concept Of Operations (CONOPS) document (available to download in L2) will be published over the coming weeks.