The Sea Launch company’s Land Launch division ve launched their Zenit 3SLB rocket on a mission to loft Israel’s AMOS-4 telecommunications satellite into orbit. Launch was on schedule at 20:05 UTC from the Baikonur Cosmodrome in Kazakhstan, ahead of nearly six hours prior to a confirmed spacecraft separation.

Using existing Zenit infrastructure at the Baikonur Space Center, the Land Launch system is based on a modified version of the Sea Launch vehicle, the three-stage Zenit-3SL.

That Sea Launch version of the rocket failed with its last launch, resulting in the loss of Intelsat 27.

Permission to proceed with the Land Launch mission was given by a Failure Review Oversight Board (FROB) in May.

“Appropriate corrective actions have been identified and are currently being developed for implementation. The corrective actions are expected to be complete on the existing flight units in the June/July time frame in order to support a Zenit launch from Baikonur in the August/September time frame and do not involve any design changes to the flight hardware,” noted the Board. 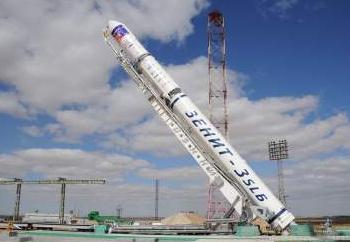 The Zenit-3SLB launch vehicle represents the Zenit rocket family that uses non-toxic propellants, namely liquid oxygen and kerosene RG-1. It was developed to launch spacecraft from Baikonur Space Center under the Land Launch Program into medium, high circular and elliptic orbits, (including GTO and GSO) as well as to interplanetary orbits.

The launch vehicle was designed from two-stage Zenit-2SB of Yuzhnoye development and DM-SL upper stage of Energia development to make Zenit-3SLB integrated launch vehicle operated in the composition of Zenit-M space rocket complex.

The Land Launch configurations are closely derived from the Sea Launch system, in particular via the propulsion systems and all flight critical avionics that are unchanged between the two versions. The fairings represent the most significance difference, with the Zenit-3SLB fairing using an improved version of the heritage Zenit-2 fairing. 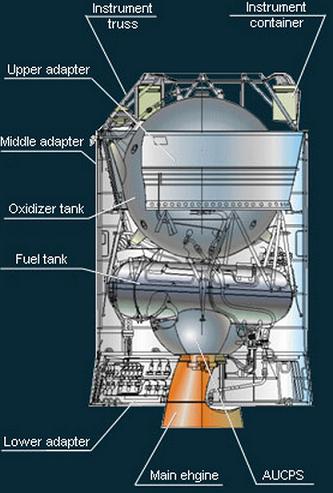 The Zenit 3SLB and DM-SLB Upper Stage – a variant of the Block DM – successfully completes its mission that included three burns of the Upper Stage, resulting in spacecraft separation just under six hours after launch.

Built by Russia’s Energia Corporation, the Block DM-SLB upper stage is designed to boost satellites to highly elliptical or circular orbits and escape trajectories. The DM-SLB used on the Zenit-3SLB rocket is closely derived from the Sea Launch Block DM-SL. It is a LOX/kerosene upper stage capable of igniting up to three times during a mission.

The DM-SLB base structure is comprised of an upper adapter together with an internal truss. The middle and lower adapters that enclose the stage are jettisoned before the first ignition of the Block’s main engine. Kerosene is contained in a toroidal tank connected by a truss to the upper adapter which encircles the turbopump of the 11D58M main engine. 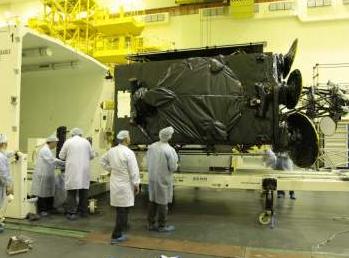 “For our customers, this means extensive broadcast and broadband reach into the vast urban and rural areas of these regions. Available satellite services for customers include Direct-To-Home (DTH), video distribution, VSAT communications and broadband Internet,” noted the customer, spacecom.

“Our constellation, which provides comprehensive coverage for Europe, Africa and the Middle East, also includes our AMOS-2 and AMOS-3 satellites, co-located at the 4 degrees W orbital “Hot Spot”, and AMOS-5 located at 17 degrees E.”

(Images via Tsenki and Sea Launch)