China launched a brand new rocket from the Jiuquan Satellite Launch Center at 04:37 UTC on Wednesday. The Kuaizhou “quick-vessel” is an all solid launch rocket that had been the subject of rumors for the past few months. However, an obscure NOTAM (Notice To Airman) was followed by a launch confirmation via a short announcement by the Chinese media.

Very little is known about the Kuaizhou rocket, other than it was developed by CASIC.  No photos or graphics exist in the public domain.

It is also known the rocket – likely on its test flight – was carrying a satellite, called Kuaizhou-1.

Built by the Harbin Institute of Technology, the new satellite will be used for emergency data monitoring and imaging, under the control of the national remote sensing center at the national Academy of Sciences.

The new satellite is probably part of a “quick response satellite system” model that was already announced as in the works by the Chinese. 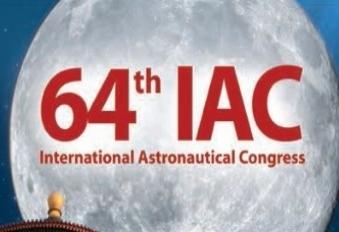 Notably, the Chinese appear to be making a statement to the international community, as the launch took place in the backdrop of the 64th International Astronautical Congress (IAC), which is being held in Beijing.

The Chinese Society of Astronautics is hosting this year’s IAC – with the Congress taking place between the 23 and 27 of September. The theme is “Promoting Space Development for the Benefit of Mankind.”

More than 3000 attendees – along with most of China’s top space flight players, IAC 2013 promises a rare insight into China’s space ambitions – all while managing to launch a new rocket without any advanced notice to the media. 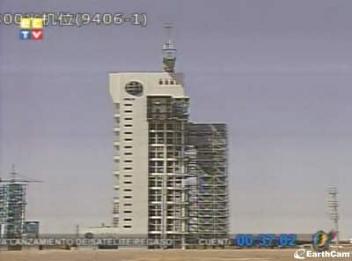 Jiuquan was originally used to launch and recover scientific satellites into medium or low earth orbits at high inclinations. It is also the place from where all the Chinese manned missions are launched.

Presently, only the LC-43 launch complex, also known by South Launch Site (SLS) is in use.