NASASpaceFlight.com marked the completion of its major upgrade on Sunday, with the addition of a brand new forum and new logo design. The upgrades to the news site and forum are designed to help cope with the site’s increasing demand, boosting functionality, all while improving the presentation of content.

Since the site was established ahead of STS-114’s Return To Flight mission, NASASpaceFlight.com has undergone several revamps, moving forward from a Shuttle-specific news site and forum, through to covering the wide-ranging world of space flight.

The latest revamp has come in two stages, with an upgrade and redesign of the news site, both on the Content Management System (CMS) side and the front end.

Redesigned by NSF Assistant Webmaster Aaron Spence, the news site’s clean, content-focused appearance became the basis of the forum redesign, enabling a synergy between the two major elements of the site.

The forum upgrade and redesign – carried out by the enigmatic site hero “Jester” with help from NSF Webmaster Mark Gerrits – focused on keeping the site’s familiarity for the visitors, while increasing functionality.

The new forum is the most up-to-date software available in the SMF stable, with the addition of increased compatibility for mobile devices, such as the installation of Tapatalk.

L2 Members will also notice the L2 sections now have a more specific appearance scheme, to denote the ring-fenced nature of the subscription areas.

While the site has undergone another improvement to its server package – all aimed at coping with the site’s large database and heavy bandwidth demands – the site continues to be hosted in Dallas, Texas – as it has been since day one.

A New Logo for a New Era:

One of the more noticeable changes to the site is the redesign of our logo – its first major change in several years.

Designed and created by our long-time friends and partners at Max-Q Entertainment, the new logo reflects the heritage of the previous, with an improved appearance.

“NASASpaceflight.com is where Max-Q began as a team and has played the most vital role in our work over the last seven years, so we naturally feel a very personal connection to the site and its history.  As such, we felt that using the existing logo as a basis for the new one was the best way to go,” noted Nate Moeller of Max-Q Entertaiment. 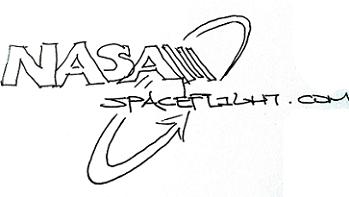 “We sat down and sketched out a concept that utilized recognized elements from the existing design while simultaneously putting a fresh face to it.  In the end, we feel we created a solid design that honors the legacy of NASASpaceflight.com while giving it a new image going forward.

“We’ve been very fortunate to have NASASpaceflight.com as an ally in our endeavors to document spaceflight operations across the country.  We see this new design as a symbol of that partnership and the future it promises, both for the friendship between NSF and Max-Q, as well as future spaceflight coverage opportunities.“ 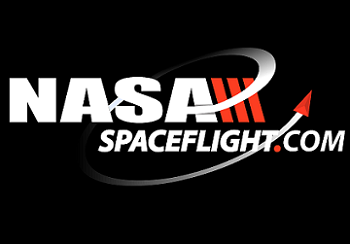 The Max Q team used their well-known experience and expertise in designs to fine-tune the sketch into a graphic that is now implemented on site and will become the opening range of the new NSF Store in the coming weeks.

“The inspiration for the design was based on seeing an opportunity to become even more a part of the site as a whole. As Nate and I have worked on patch designs prior to this, we felt we could make a good design for the “contest”. In typical Max Q style we hammered it out in a very short time frame,” added Brian Papke of Max-Q Entertainment and Brian Papke Photography.

“We felt also that we had to make sure there were core elements that related to the original as to not make it a vast departure from the original, but more an enhanced version that also had the feel of the original NASA meatball design as we.”

NASASpaceFlight.com is here for the long-haul. Our young team continues to grow,  as we set the sights on coverage of crewed Mars missions, despite such missions being at least 20 years into the future.

Despite our Shuttle origins, our in-depth coverage of NASA’s return to exploration, commercial space and global space launches resulted in another increase in visitations in 2012, despite it being the first full year without Shuttle. 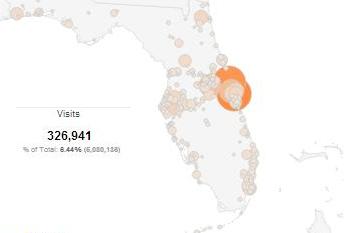 For individuals and organizations who are interested in capitalizing on such a large subject-specific readership, a new advertising brochure will be available in the coming days.

However, by far the most important element of this site’s support is – and continues to be – L2.

L2 began in 2006, as the site became more popular and the costs of hosting increased to the point we had to make a decision to either cull the forum and work only as a news site, or find a way to enable revenue support to expand and improve the site. 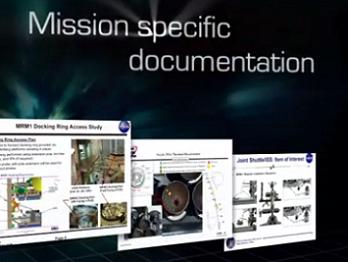 With donators being rewarded with access to a ring-fenced area of the site that allows for high level space industry content and discussion, L2 has grown into a 5,500 gb strong database of exclusive content in 10 sections and several hundred subsections, with what is now an organic L2 content supply becoming the main source for our hundreds of exclusive news articles.

Our L2 members enabled NSF to move forward and conduct the improvements to the site, with L2 revenue used solely to pay for the hosting package and site modifications. We thank our L2 members, our team, our advertisers and our partners for their continued loyalty and support.

We hope you enjoy the NASASpaceFlight.com’s updated appearance and functionality, as we continually look to improve your visitation experience over the months and years to come.