Despite the government shutdown that had impacted on the majority of NASA, the crew of the International Space Station (ISS) are continuing their busy work in space. The astronauts have been conducting a number of tasks, from cleaning the troublesome Air Selector Valve (ASV) hardware, to photographing events out of the window, potentially capturing the Juno spacecraft, as it made its gravity-assist pass en route to Jupiter.

The ongoing issues with valves on the Carbon Dioxide Removal Assembly (CDRA) continues to be one of the focus items for the crew,  working alongside the support of the ISS teams, including Station controllers at the Johnson Space Center (JSC), who were exempt from the since-ended government shutdown.

The CDRA is a key element of the ISS Environmental Control & Life Support System (ECLSS), used to scrub carbon dioxide (CO2) from its home in Node 3. 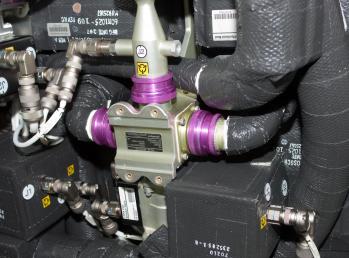 As has been the case for a few years now, the CDRA has suffered from anomalies relating to what is known as the Air Selector Valves (ASV), which have resulted in shutdowns of the system due to the valves sticking during their operation.

The Station is currently out of brand new spare valves, with replacements currently being manufactured on Earth, ready to head uphill to the ISS on the SpaceX-3 Dragon flight next year. However, an interim option of cleaning the valves is currently being employed.

“Air Selector Valve (ASV) Cleaning: This the crew finished cleaning ASV serial number D0036 off the task list.  This valve had previously been installed in the Node 3 Carbon Dioxide Removal Assembly (CDRA)103 position and was removed on September 5 due to failure to reach its commanded position,” noted L2 ISS Status information this week. 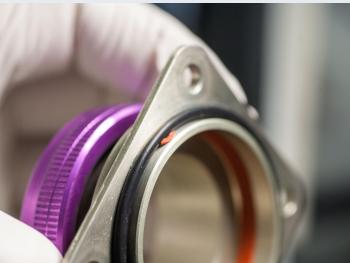 Interestingly, the crew took several photographs of the valve for ground crews to evaluate, with one obvious problem observed on the valve’s seal. However, the cleaning task is understood to have completed its path to become a viable spare for the interim period.

“It is believed that debris on the ball seals of the valve is what originally prevented the valve from completing a full position change and the cleaning is intended to address this,” added the status.

“During the cleaning, the crew reported that a small piece of the Port B static seal was missing and provided photos and video for ground review.  Engineering reviewed the images and have confirmed that this is not expected to affect sealing and will not impact the ability to use the valve as a spare.”

Being able to repair hardware in space will be a key requirement for crews that will set sail for deep space exploration missions – more so considering Beyond Earth Orbit (BEO) missions won’t have the backup of a resupply ship, ready to restock spare parts and replacement hardware.

NASA crews have failed to venture outside of Low Earth Orbit (LEO) for decades, although NASA’s fleet of planetary spacecraft have been happily exploring the solar system, with great success. 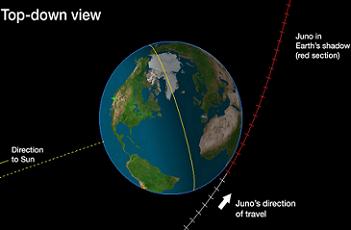 One of the latest spacecraft tasked with such a mission is Juno, which performed a close gravity assist flyby of the Earth on Wednesday, aiding its five-year journey to Jupiter.

There was some faint hope the pass would be observed by the ISS, with ESA astronaut Luca Parmitano setting up a camera to attempt to capture the Jupiter-bound spacecraft.

“Photography of the Juno Spacecraft: Flight Engineer (FE)-5 Parmitano set up a camera in the MRM2 port window for automated photography of the transit of the Juno spacecraft during its closest and final approach to Earth on its way to Jupiter,” added L2 ISS status information. 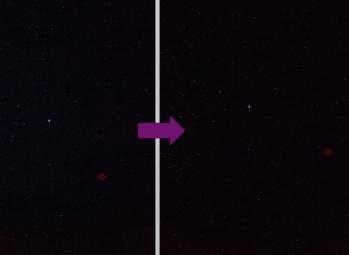 “The JUNO spacecraft will not be visible to the eye and will not be able to be discerned on individual images. In the best case scenario, the vehicle will be seen as a faint dot the size of a pixel.

“The hope is to capture a series of images that may be put together as a movie to show the vehicles movement.”

Parmitano downloaded the images (selection available in L2) taken by the camera, which did capture an object in transit. However, it has yet to be confirmed the object was indeed Juno.

Meanwhile, a large set of images have been downloaded to the ground, showing a spectacular view of a Russian Topol/SS-25 missile that was launched by the Russian military on October 10.

The rocket was launched from Kapustin Yar with a target of passing over the Sary Shagan test site in Kazakhstan. The missile has a range of nearly 7,000 miles.

The hi-res images (a huge set available in L2 – from which the .gif was created) were captured from the ISS by Parmitano and fellow Expedition 37 crewmember Mike Hopkins, who tweeted at the time: “Saw something launch into space today. Not sure what it was but the cloud it left behind was pretty amazing.”

The big Italian is enjoying a highly successful expedition on the orbital outpost. However, he will be best known for being at the center of a dramatic termination to what was only his second spacewalk, when water started to collate inside his helmet during EVA-23 on July 16.

Both the ISS crew and experts on the ground – part of the NASA’s Anomaly Resolution Team (ART) at the Johnson Space Center (JSC) in Houston – have been looking for a root cause, with varying levels of success. 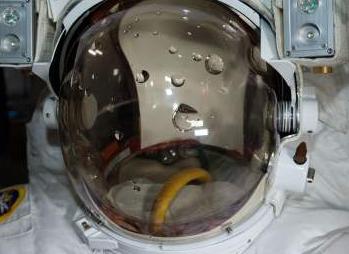 However, following a large amount of work on the suit, the water crossover anomaly is still present and water continued to leak into the helmet during its last test run.

The next step in the troubleshooting process is to wait for a replacement pilot tube to be flown up one one of the upcoming Russian vehicle – most likely Progress M-21M, set to launch next month. 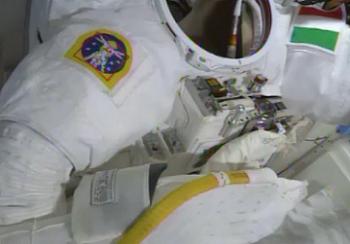 Meanwhile, the ISS crew have been testing out the other two EMUs on Station, both of which showed no issue during what was classed as routine maintenance on the suits.

Technically, all regular EMU-based spacewalks are on hold – as would have been the case, until at least 2015, had EVA-23 gone to plan. However, ISS managers would conduct a risk trade meeting, should the ISS require an emergency EVA. Russian based EVAs – using their Orlan spacesuits – are unaffected.

Despite the expected troubleshooting that comes with a huge spacecraft racing around in LEO, its primary role as a space laboratory has continued unabated.

A second version of the L2 ISS Status reports lists all the daily research tasks for the crew, with numerous experiments involving all of the crew. These tasks range from – per just recent examples – Ocular Health (OH) Eye and Cardiac Ultrasounds and the Fluids Integrated Rack (FIR) Facility Cable Configuration for Constrained Vapor Bubble (CVB)-2 Operations.

Some of the tasks are agency-specific, with one of Parmitano’s recent experiments relating to ESA’s ENERGY (Astronaut’s Energy Requirements for Long-Term Space Flight) objective.

“Parmitano completed his 10 day session, consuming a preselected diet, logged all food and drink consumed, and measured his intake and output of liquids and solids,” added status.

A loss in body mass is a common observation during space flight for astronauts, with ENERGY aimed at measuring the change in energy balance in crewmembers following long term missions in space. 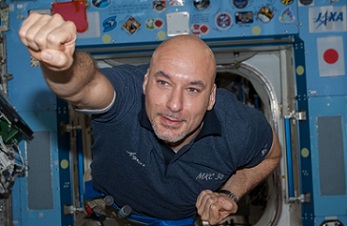 “It also measures adaptations in the components of total energy expenditure of crewmembers, so that an equation to determine the energy requirements of crewmembers during space flight may be derived,” the report continued.

“Such knowledge is of great importance to ensure optimal crew health and performance, overall mission success, and to ensure adequate exercise load and cargo allotments for food are provided while the crew is on-orbit.”

As always, the tasks on the ISS – from troubleshooting to experiments – are aimed at not only aiding the smooth operation of the Station, but also for providing the tools of experience and knowledge for the humans both on Earth, and for those that will once again venture into deep space.