Musk lays out plans for reusability of the Falcon 9 rocket

SpaceX have been advancing their ambitions to create a fully reusable launch system since Musk announced his intentions in 2009, prior to expanding on his plans early last year. 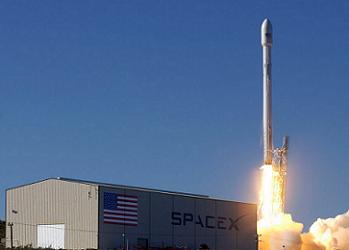 The weekend debut of the Falcon 9 v1.1 – also known as the F9-R – providing the first real “space test” of this technology, providing vital data for the forward path.

Recovery of the first stage of the Falcon 9 involves a supersonic retro-propulsion with three engines and a second burn involving the center engine that allows the stage to do a precise and controlled landing. These two critical burns for recovery were initiated during the recent mission that lofted the Cassiope satellite into orbit.

All three engines were fired during the first descent burn and the first stage survived re-entry into the atmosphere.

Musk explained at the post flight press conference that this achievement was significant, given that previously SpaceX’s “first stages always essentially exploded upon re-entering the atmosphere due to the extreme forces they encountered.”

The second burn, involving the center engine, was also initiated during the Cassiope mission and was also successful. 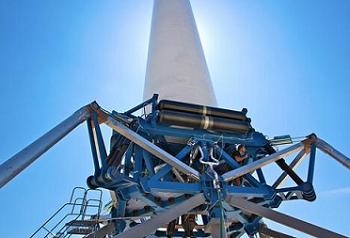 However, despite both descent burns being successful, the stage did not achieve a controlled landing. Because the first stage did not have landing gear on this flight to help stabilize it, the stage ended up spinning to a degree that was greater than what could be controlled with the gas thrusters.

Musk explained that the landing gear on the upgraded Falcon 9 does more than just land the first stage, it also acts to stabilize the stage upon descent much like fins do on an aircraft. The spinning of the first stage centrifuged the propellant and caused the stage to run out of propellant before hitting the water.

“The first stage hit the water relatively hard,” noted Musk. Despite the impact, SpaceX still managed to recover portions of the first stage which includes according to preliminary reports, the inter-stage, a number of the components from the engine bay, and some of the composite overwrap pressure vessels.

Although the landing of the first stage wasn’t entirely successful, Musk was still thrilled with the results of the recovery attempt.

“The most important thing is that we now believe we have all the pieces of the puzzle (for recovery). If you take the Grasshopper tests, where we were able to do a precision takeoff and landing of a Falcon 9 first stage and you combine it with the results from this flight where we were able to successfully transition from vacuum to hypersonic, through supersonic, through transonic and light the engines all the way through and control the stage all the way through.

“We have all the pieces necessary to achieve a full recovery of the boost stage.”

Next recovery attempt on the CRS-3 flight: 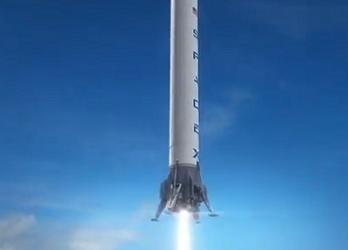 Musk indicated that SpaceX would like to have the landing legs on the next Commercial Resupply Services (CRS-3) flight, although they would not postpone the flight for this design change.

“If landing legs end up being delayed for any reason then we won’t hold up the (CRS-3) flight for that,” Musk added. “The schedule for that mission is mostly governed by upgrades to the Dragon spacecraft.”

SpaceX will attempt the recovery of more first stages after the CRS-3 flight, with Musk indicating that SpaceX’s goal is “to recover the first stage on all CRS flights and really on most flights. The next two flights are somewhat of an exception. 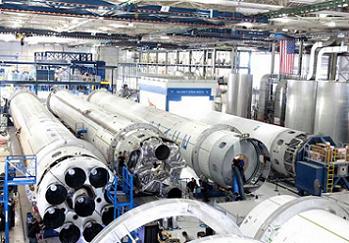 “When we negotiated these deals (with SES and Thaicom), we didn’t have much bargaining power. It was before we had obviously flown this version of the Falcon 9 successfully. So we kind of agreed to give up all performance on the rocket and not reserve anything for reusability. But going into the future, with future contracts, with a few exceptions, we have reserved enough performance to recover the stage.

“It’s not just the CRS flights, it should be most flights after these next two (flights).”

Musk explained that the actual reuse of a recovered first stage could happen as early at the end of 2014 but that it depends on a number of factors.

“In terms of when we actually re-fly the stage, it’s going to depend on what condition the stage is in and obviously getting customers comfortable with that (i.e., with reusing the first stage). So it’s difficult to say when would actually re-fly it. If things go super well then we would be able to re-fly a Falcon 9 stage before the end of next year. That’s our aspiration.”

Musk also addressed the performance hit that results from reserving propellant for landing the first stage.

“If we do an ocean landing (for testing purposes), the performance hit is actually quite small, maybe in the order of 15 percent. If we do a return to launch site landing, it’s probably double that, it’s more like a 30 percent hit (i.e., 30 percent of payload lost).”

Musk believes that the most revolutionary aspect of the new Falcon 9 is the potential reuse of the first stage “which is almost three-quarters of the cost of the rocket.”

Although a “return to site” landing of the first stage could happen as early as the CRS-3 flight in February, Musk cautioned that SpaceX would only attempt it if it is perfectly safe to do so. 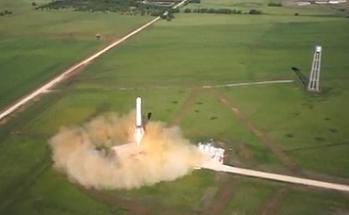 Citing safety as part of the reason why they first wanted to land in the ocean, SpaceX wants to make sure that everything is working properly in the first instance before attempting to land with legs on land. Musk noted that if a return to launch site recovery is made, it would be done over an unpopulated area.

“For any landing area that we would have, the landing ellipse, the sort of error that the stage could encounter would be an unpopulated region,” Musk added. “So we would aim to have a landing site that’s unpopulated with a radius of a couple of miles.”

He also explained that this could be achieved in certain areas at Cape Canaveral and at Vandenberg.

“We have actually been working with Air Force Range Safety and the FAA (Federal Aviation Administration) to identify landing locations at Cape Canaveral and we have identified a few. I don’t think that we are quite ready to say what those locations are but they are kind of out on the tip, on the eastern (part) of Cape Canaveral.” 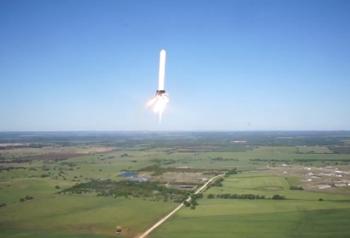 “All three of them will come back hopefully and land on three separate pads and we’ll join them back together for future flight launches.”

Although not specifically mentioned by Musk during the press conference, the testing in Spaceport America of the F9R-1 – the next phase of the Grasshopper program – could have an impact on how soon the return to launch site landing is attempted on an actual flight.

SpaceX intends to test the final phases of the recovery of the first stage of Falcon 9 at Spaceport America at higher altitude than those that have been achieved under the current Grasshopper program (i.e., more than 250m).

As mentioned previously by NASASpaceflight.com on September 25, the F9R-1 test stage was recently undergoing Octaweb Integration operations ahead of engine installation.