International Launch Services (ILS) have conducted another launch of the Russian Proton-M launch vehicle, this time carrying the Sirius FM-6 satellite on a multi-hour flight to its transfer orbit. Launch from the from the Baikonur Cosmodrome in Kazakhstan was on time at 18:08 GMT, the second flight of the Proton since its dramatic failure earlier in the year.
Proton-M: 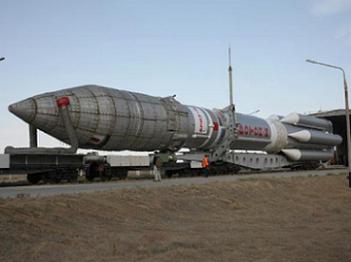 The mission utilized a five-burn Breeze M mission design, with the first three stages of the Proton using a standard ascent profile to place the orbital unit (Breeze M upper stage and the Sirius FM-6 satellite) into a sub-orbital trajectory.

This was the second launch of the Proton-M since its dramatic failure in July.

The Sirius FM-6 spacecraft is a high-power geostationary satellite for SiriusXM. 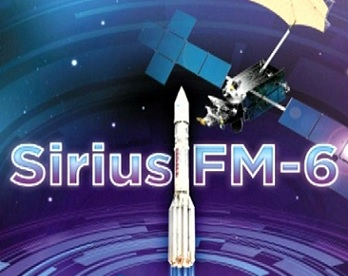 Sirius FM-6 will help with the delivery of commercial-free music, and premier sports, news, talk, entertainment and Latin programming, traffic and weather to more than 25 million subscribers – and it will also help in the delivery of traffic and other data service information to markets across North America for vehicles with navigational systems.

Built by SSL of Palo Alto, California, on their 1300 platform, the bird sports 20 Kw end-of-life power, SPT-100 plasma thrusters, one X-band uplink transponder and another S-band downlink transponder. From its orbital location at 116.15 degrees west longitude, it is anticipated to enjoy a service life of 15 years.

The mission was slightly delayed due to issues with the satellite ground station network required for the launch and early orbital operations of the spacecraft.