The Orbital-built SES-8 telecommunications satellite has begun its road journey to Florida ahead of its November 1 (NET) launch atop of SpaceX’s Falcon 9 v1.1 launch vehicle. The satellite is rolling to the Cape Canaveral area on the back of a truck, ahead of processing and integration with the upgraded F9 that is preparing for its debut launch out of Florida.

Hot on the heels of the upgraded vehicle’s debut flight, SpaceX are currently targeting a launch window between 18:28 and 19:32 local time on November 1 – per information acquired via L2’s F9/SES-8 update section early on Tuesday.

All of the major launch vehicle components are currently in a processing flow at SpaceX’s Cape facility, following the first stage and second stage testing at the company’s Rocket Development and Test Facility in McGregor, Texas. It is understood that both stages (F9 S1-007 and (F9 S2-007) enjoyed trouble-free test firings. 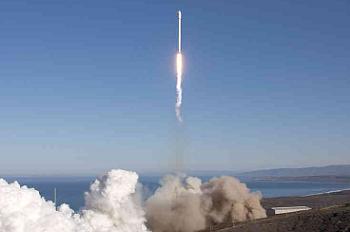 With the Falcon 9 v1.1 conducting a successful debut mission, deploying its primary Cassiope payload into orbit, the immediate post-flight discussions revolved around the potential to tweak the second stage, following an anomaly relating to a secondary task to attempt a re-entry, per SpaceX’s reusability ambitions.

While some elements of the media were abuzz with claims of the stage exploded shortly after its primary role – an issue that was immediately dismissed by sources, and subsequently by SpaceX themselves – it is widely known that the main issue relates to a problem during the restart of the second stage after payload deployment.

“Before deciding what the issue was, I think we want a bit more time to read the data, before coming to a conclusion,” noted SpaceX CEO and Chief Designer Elon Musk in a post flight media telecon (audio recording and transcript available here).

“We essentially saw the engine initiate ignition, get up to about 400 psi and then it encountered a condition that it didn’t like. It may have been due to an extended spin start, maybe, but this is speculative. So it initiated an abort of the restart. But we have all of the data.

“So I am confident that we will be able to sort it out and address it before the next flight. It’s nothing fundamental. On the test stand, we have restarted the Merlin 1-D engine in some cases dozen of times. We just have to iron out some slight differences when it operates in vacuum.”

As to how much additional work could be involved ahead of the next launch is unknown at this time, as is any potential impact on the November 1 launch date target. The launch was initially aiming for a date in October. 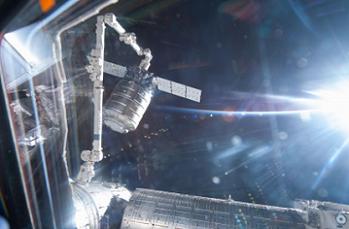 The successful Cassiope mission was the second part of a triple header “Super Sunday”, following on from the debut arrival of Orbital’s Cygnus spacecraft to International Space Station (ISS).

(Hundreds of hi-res unreleased images from the Cygnus arrival, now available to download in L2).

Orbital are one of the most established companies in the space sector, with a deep history of not just launching payloads, but building them too. The company has been in the developer and manufacturer of small and medium-class Space Systems for the past three decades, serving customers in Commercial, National Security and Civil Government Markets.

SES-8 marries both SpaceX and Orbital together for the upcoming mission, with yet another satellite from the Orbital stable. 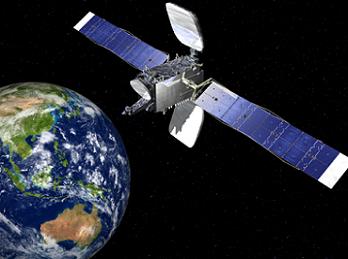 The spacecraft is a hybrid Ku- and Ka-band spacecraft – the sixth GEOSTAR satellite ordered by SES WORLD SKIES.

Orbital’s highly successful Geosynchronous Earth Orbit (GEO) communications satellites are based on the company’s GEOStar spacecraft platform, which is able to accommodate all types of commercial communications payloads and is compatible with all major commercial launchers. 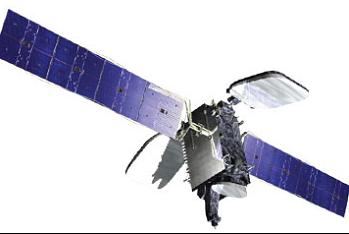 The company’s GEOStar product line includes the GEOStar-2 design – the basis of the SES-8 spacecraft – optimized for smaller satellite missions that can support up to 5.0 kilowatts of payload power.

Orbital has also developed the higher-power GEOStar-3 spacecraft design, delivering the next increment of payload power for applications between 5.0 and 7.5 kilowatts, allowing Orbital to offer its innovative and reliable satellite design to the medium-class of communications satellites.

The 3,200 kg (7,055 lb.) satellite, sporting four panels per array with their UTJ Gallium Arsenide cells, is expected to have a service life of 15 years – supported by its monopropellant (hydrazine) on-orbit propulsion system and two >4840 W-Hr capacity Li-Ion batteries.

SES-8 will be co-located with NSS-6 to provide growth capacity over Asia-Pacific. The high performance beams will support rapidly growing markets in South Asia and Indo-China, as well as provide expansion capacity for DTH, VSAT and government applications. 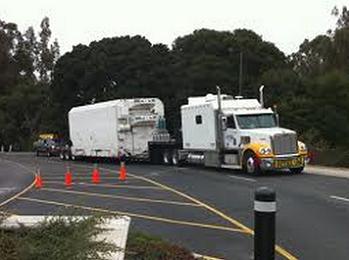 Per L2 information, the satellite finally hit the road on Wednesday (picture used from previous satellite shipping), transported over land from its base in Virginia on the back of a truck.

The journey was almost postponed due to a permit-related issue for the truck’s journey through several States en route to Florida. However, this issue was resolved within a matter of hours.

Due to the government shutdown, the satellite is not expected to immediately arrive at its Florida processing facility – namely Astrotech.

Given the disruption caused by the shutdown, the satellite has made “other arrangements” for its initial stay in Florida, likely involving the US military. Specific details were not provided – nor requested – for security reasons.

Musk lays out plans for reusability of the Falcon 9 rocket