This time of year marks the anniversaries of the three major US space tragedies that are forever a painful reminder of the risks associated with space exploration. The sacrifice of the crews of Apollo 1, Shuttle Challenger and Shuttle Columbia will never be in vain, as their tragic lessons continue to provide engineers with tools to create a legacy of improved safety.

The potential of death during the two major mission events of launch and re-entry/landing are natural risks that have always been mitigated via the best engineering available during the history of space flight. However, the risk will never be fully removed, at least not in our lifetimes.

For the crew of Apollo 1, their tragic loss came before the challenge of launch, perishing in a fire during a dress rehearsal at Cape Canaveral’s Launch Complex 34 (LC-34). 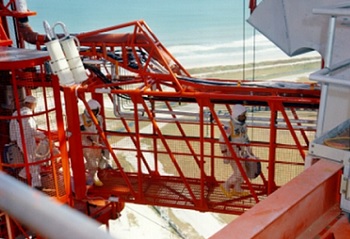 The crew – Command Pilot Virgil I. “Gus” Grissom, Senior Pilot Edward H. White II and Pilot Roger B. Chaffee – entered the pad complex on January 27, 1967 – less than a month ahead of the planned launch date for the mission that was to be a major precursor for the first manned Moon landing.

Hours later their lives were lost, as their small capsule was engulfed in a fire they were unable to escape.

The internal and political investigations that followed are for the history books. However, it was the words of Gene Kranz, just days after the tragedy, that continue to echo true. 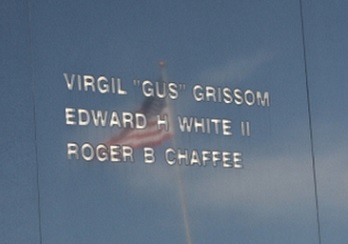 “When you leave this meeting today you will go to your office and the first thing you will do there is to write Tough and Competent on your blackboards. It will never be erased. Each day when you enter the room, these words will remind you of the price paid by Grissom, White, and Chaffee. These words are the price of admission to the ranks of Mission Control.”

With the mission designation retired as the “first manned Apollo Saturn flight – failed on ground test” at the request of the astronaut’s widows, NASA regrouped and successfully flew the planned mission during Apollo 7.

The first Moon landing was successfully achieved during Apollo 11, prior to Gene Kranz honoring his own words by leading the team that would safely return the crew of Apollo 13 back to Earth after the spacecraft suffered from a major malfunction en route to the Moon.

Once NASA transitioned to the new era of the Space Shuttle Program, tragedy occurred even before Columbia had launched on her maiden mission in 1981. Five engineers were injured – two fatally – during a nitrogen purge of the orbiter during ground testing at the Kennedy Space Center (KSC).

Fighting back from the loss, Columbia carried John Young and Bob Crippen on the successful SLS-1 mission, allowing Shuttle Program to advance through its early manifest.

The program successfully completed 24 missions, prior to the launch of Challenger on her STS-51L mission. 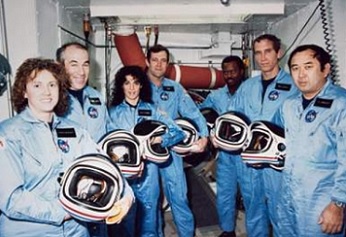 The launch received extra attention from the media and public alike, with Challenger’s crew including the first school teacher set to ride into space.

Christa McAuliffe – along with her commander Dick Scobee, pilot Mike Smith and fellow Mission Specialists Ronald McNair, Ellison Onizuka, Judith Resnik and Payload Specialist Greg Jarvis – was unlikely to have been aware of the last ditch efforts to halt the launch, amid concerns of freezing cold temperatures at the pad and their potential impact on the functionality of the Solid Rocket Booster O-Ring seals.

Challenger lifted off from Pad 39B at 11:38 local time on January 28, gracefully rolling for the heads down, wings level ride to orbit. Just 73 seconds later, Challenger was pulled apart by aerodynamic forces after the stack succumb to the events caused by the failure in the right SRB. 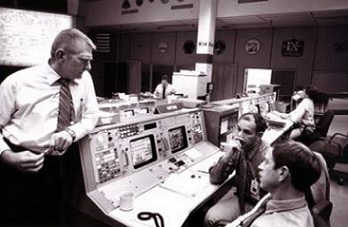 Gene Kranz was to find himself helplessly witnessing the disaster live, having been in the Mission Control Center in Houston, positioned behind the Flight Director. NASA had failed to adhere to the words of his Apollo 1 speech.

The sights and sounds of the accident – as seen live and since immortalized in uploaded clips on the internet – are still haunting to this day. This led to an understandable backlash when the audio of PAO Steve Nesbitt’s commentary, recorded from the moments immediately after Challenger was pulled apart, was used as the opening to dance track by American songstress Beyonce.

Her explanation as to the reason the sample was used on the song was as baffling and detached as its original inclusion. 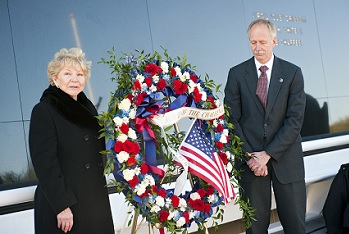 However, thanks to the mass media drawing attention to the stupidity of its use, an opportunity was provided to a real American icon, Dr. June Scobee Rodgers, wife of Challenger’s fallen commander.

Her reaction was dignified and on point, highlighting the ongoing legacy that is the Challenger Center for Space Science Education, an organization that she and the other families created out of the grief of their loss.

This past year also saw yet another TV production covering the events of 1986, with a critically acclaimed documentary/drama headed by the BBC. The focus of “The Challenger Disaster” was firmly placed on the aftermath, focusing on Professor Richard Feynman and his public, personal and private battles during the Presidential Rogers Commission.

Although some of the program suffered from the usual inaccuracies that can occur with drama productions, the stand out performances of William Hurt, as Professor Feynman, along with Bruce Greenwood as General Donald Kutyna, provided a respectful introduction into the tragedy to a new generation, whilst highlighting other American heroes, such as late Sally Ride.

The Shuttle Program fought back and successfully returned to flight without major incident until 2003. This time tragedy was to result in the loss of NASA’s flagship orbiter, Columbia, along with her crew of seven.

Columbia launched on January 16 of that year, on what was thought to have been a nominal ride uphill. 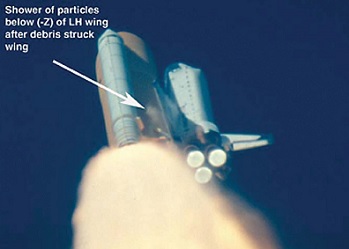 The cameras tracking her 28th reach towards the heavens did, however, capture an event at T+82 seconds – as a piece of foam came loose from the External Tank’s bipod ramp, impacting the orbiter’s left wing.

Foam strikes had been seen before, resulting in varying levels of damage to the orbiter’s Thermal Protection System (TPS), but never enough to threaten the vehicle’s safe return.

A mix of relying on previous flight experience and the inability to take a closer look at the Wing Leading Edge to check its health – never mind the options to repair it – resulted in the crew only receiving a message that the incident had been spotted, but that it hadn’t been classed as a concern. 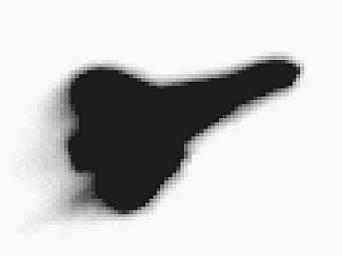 The crew completed their mission after nearly 16 days in space. They would never make it back to the Shuttle Landing Facility (SLF).

The impact of the foam liberation from the ET to the Reinforced Carbon Carbon (RCC) panel during launch had breached Columbia’s left wing. There was no way for her to survive the intense heating of entry, despite her valiant efforts to the end.

As with Challenger, painful imagery of Columbia’s disintegration high over Texas was recorded by amateur video. This sorrow later to be amplified by footage taken by a single camera in the Flight Control Room in Houston, as Entry Flight Director LeRoy Cain and his team of controllers showed heroic professionalism amid visible signs of grief as the realization set in Columbia and her crew were lost. 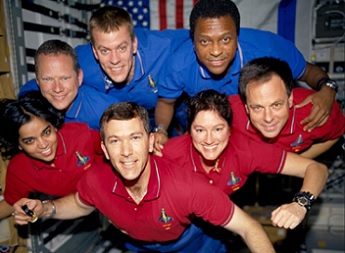 Commander Rick Husband, Pilot Willie McCool, along with crewmembers David Brown, Kalpana Chawla, Mike Anderson, Laurel Clark and Ilan Ramon became the latest astronauts to become immortalized as fallen pioneers, with the grief also extending to Columbia herself – a sign of the love and care the engineering teams invested in the Shuttle fleet.

However, their legacy is also tangible, with a renewed effort laying the foundations for Discovery to return the fleet to flight, allowing the three remaining orbiters to complete not only the assembly of the International Space Station, but also one final life extending servicing mission to the Hubble Space Telescope. 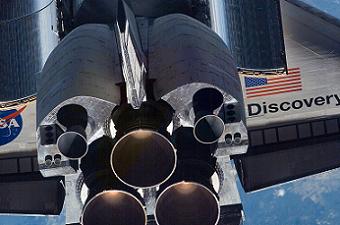 With additional safety improvements and a refined management culture, the orbiters all returned home safely, almost competing with each other for the title of the “cleanest” flight yet.

With the fleet provided with an honorable retirement, a new breed of spacecraft is under development, ready to return crew launch independence to the United States.

By far the biggest consideration in the evaluations pertaining to crew vehicles such as SpaceX’s Dragon, SNC’s Dream Chaser, Boeing’s CST-100 and NASA’s Orion is crew safety.

Reducing the risk for people riding into space will forever be the main goal of space flight, but the risk will always remain.

The goal will be to mitigate the risk as much as humanly and technically possible, for those tasked with the responsibility to be competent, meaning – in the words of Gene Kranz – they will never take anything for granted.