Arianespace launched a Soyuz ST-A rocket on a mission to loft the Sentinel-1A mission into orbit from the European Spaceport “Centre Spatial Guyanais (CSG)” in Kourou, French Guiana. Launch of the Earth observation satellite – that will deliver essential data for Europe’s Copernicus program from a Sun-synchronous orbit – was on schedule at 6:02 pm local time (8:02 pm UTC). 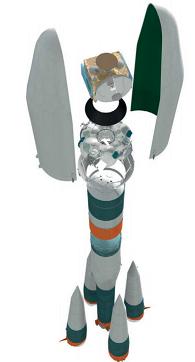 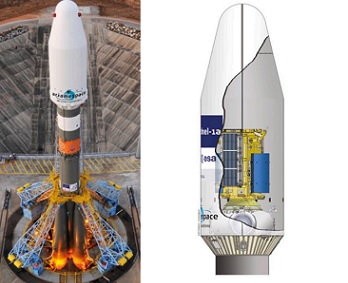 This Arianespace flight is designated VS07 in the company’s mission numbering system, denoting the seventh Soyuz liftoff from French Guiana since the medium-lift vehicle’s October 2011 service entry.

Payload performance for the flight was more than 2,270 kg., including an estimated 2,157 kg. for Sentinel-1A – which was developed by an industrial consortium led by prime contractor Thales Alenia Space. 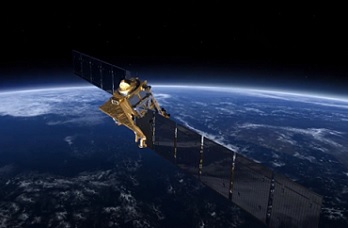 Copernicus is a program of the European Commission in partnership with the European Space Agency (ESA), and is designed to give Europe complete independence in the acquisition and management of data for Earth environmental, civil safety and humanitarian purposes.

The new satellite carries an advanced synthetic aperture radar that works in several specialized modes to provide detailed imagery for monitoring the oceans, including shipping lanes, sea ice and oil spills. It also provides data to map changing land cover, ground deformation, ice shelves and glaciers, and can be used to help emergency response when disasters such as floods strike and to support humanitarian relief efforts at times of crisis. 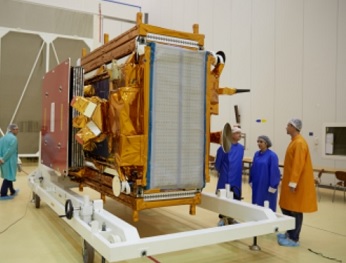 The Sentinel-1 mission, as with Sentinel-2 and Sentinel-3, is a constellation of two identical satellites to provide optimal global coverage. Its sister satellite, Sentinel-1B, will follow in 2015.

“The design of Sentinel-1 with its focus on reliability, operational stability, global coverage and quick data delivery is expected to enable the development of new applications and meet the evolving needs of Copernicus,” note ESA – who class the spacecraft as an outstanding example of Europe’s technological excellence.