NASA is seeking technology proposals for Phase II of the 2014 NASA Innovative Advanced Concept (NIAC) campaign, according to the Agency’s latest drive for its forward thinking program. Innovating for the future of space exploration, NIAC requests proposals that further develop the “most promising” of the latest funded NIAC Phase I proposals. 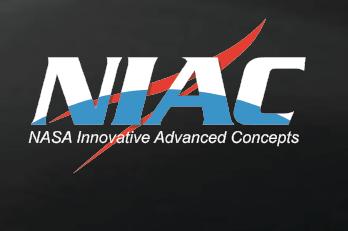 “During the second phase of our NIAC program, visionary concepts are matured to advance concepts from notional to feasible,” NASA Associate Administrator for Space Technology Michael Gazarik said in a press release.

The 12 winning Phase I researchers from 2013 comprise the eligible researcher pool for NIAC’s 2014 Phase II funding.

Proposals from the First Phase:

One winning 2013 Phase I proposal, “Transformers For Extreme Environments,” conceptualizes a series of “TransFormers,” or “multifunctional platforms that can change their shape and function.” 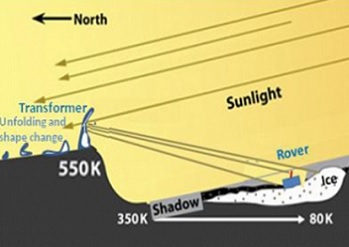 Proposed by NASA Jet Propulsion Laboratory scientist Adrian Stoica, TransFormers would reflect sunlight to illuminate and heat planetary missions’ surroundings. By lessening the coldness and darkness of shadowed planetary areas such as caves and craters, TransFormers would increase the reach and efficiency of planetary exploration.

According to the proposal, TransFormers would also melt ice for the scientific study of water and act as relay stations for solar energy and spacecraft signals.

“Water found in the permanently shadowed areas of craters on the Moon or Mercury can reveal clues about planetary formation and history, and could be used as a resource for astronauts,” the proposal states.

NASA’s continuing push to send humans to water -bearing destinations such as asteroids and Mars, coupled with the agency’s ongoing unmanned reach into the solar system, including proposed missions to icy Europa, could necessitate TransFormer-style hardware. 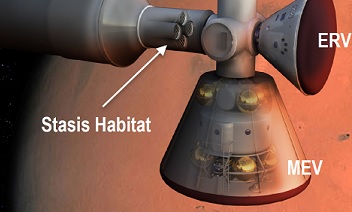 Another funded 2013 Phase I proposal, “Torpor Inducing Transfer Habitat For Human Stasis To Mars,” presented by John Bradford of SpaceWorks Enterprises, Inc., envisions a hibernation system for astronauts en route to and from Mars.

The system would reduce astronauts’ metabolic rates and provide astronauts with an IV-administered aqueous solution of essential vitamins, amino acids and minerals for the months-long trips needed to reach and return from Mars. 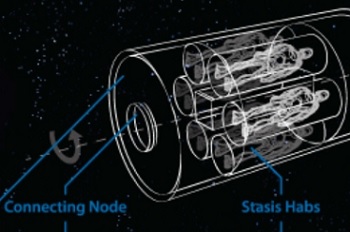 The hibernation phase, which would occur via a mild state of hypothermia, would present unique medical challenges such as blood clots and liver failure, the proposal states. In addition, the typical medical effects of spaceflight, such as muscle atrophy and bone density loss would persist.

The proposal states that cautionary measures could prevent any medical risk to hibernating astronauts, however. For instance, astronauts’ bloodstreams could be flushed with heparin to dissolve blood clots caused by immobility. Artificial gravity could negate bone and muscle degradation, according to the proposal. 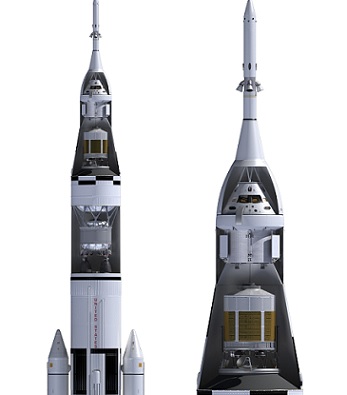 The crew habitat would ride atop an upper stage, such as the proposed Space Launch System (SLS) Large Upper Stage (LUS) and act as a docking hub for a Mars Exploration Vehicle (MEV) and an Earth Return Vehicle (ERV).

In addition, the Transfer Habitat would reduce the crew habitat mass necessary for a manned Mars mission, as requirements for necessities such as food, water and exercise equipment would be slashed.

Inspired by weapons systems developed in the 1950s, the PuFF system is driven by a combination of nuclear fission and fusion.

“Fusion neutrons will induce fission reaction in a surrounding uranium or thorium liner, releasing sufficient energy to further confine and heat the fusion plasma. The combined energy release from fission and fusion would then be directed using a magnetic nozzle to produce useful thrust,” the proposal states. 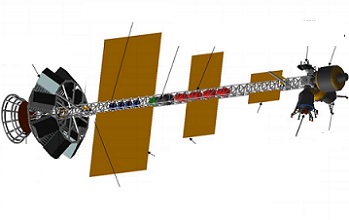 A 2014 NIAC Symposium presentation of the proposal includes a rendering of the PuFF system integrated with a complete spacecraft.

The spacecraft would feature a manned forward hub with a habitat module, a lander and an ERV. The manned hub would integrate with the PuFF via a truss similar to the backbone of the International Space Station (ISS). The truss would be loaded with the PuFF’s reactor and fuel tanks.

The PuFF’s electromagnetic nozzle, partly concealed by a lithium-hydride radiation shield, would comprise the aft of the craft. 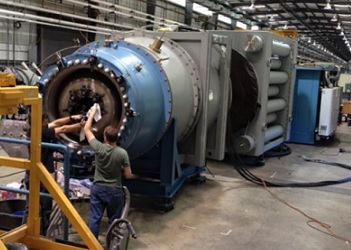 While nuclear-propelled space flight has been proposed since the dawn of the space age, it has yet to be implemented beyond ground testing. Currently, MSFC’s Nuclear Cryogenic Propulsion Stage Team is testing concepts for nuclear propulsion.

Meanwhile, some ongoing robotic missions, such as the New Horizons Pluto mission and the Mars Science Laboratory, use nuclear power to generate electricity.

Onboard the habitat, “robotic assets will use space based materials to provide water for shielding, irrigation and life support, soil for ecosystem development, and to enable structural maintenance and enhancement,” the proposal states. 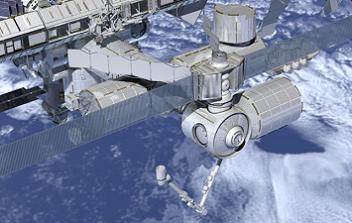 While NASA has no plans to build a tensegrity structure at EML2, the agency has received proposals for an EML2 “gateway” platform to stage missions to near-Earth asteroids and Mars.

A proposal by Boeing envisions a platform constructed at ISS and boosted to EML2, where it would remain as a staging point for missions further into space.

The EML2 tensegrity habitat, as proposed by Anthony Longman of Skyframe Research and Development, Inc., would also attract tourism, commerce and lunar surface mission research. While NASA has no plans for lunar surface missions, commercial entities such as the Golden Spike company remain interested in lunar surface exploration.

2013 Phase I funding recipients have until June 3 to submit Phase II proposals.