Expedition 39 Commander Koichi Wakata, Flight Engineer Rick Mastracchio and Soyuz commander Mikhail Tyurin have safely returned to Earth following their six month stay on the International Space Station (ISS). They may have wished they had stayed on the orbital outpost, after returning to a planet in the midst of a geopolitical fight that risks the very future of the Station.

A Japanese Commander, an American astronaut and a veteran Russian cosmonaut departed a true icon of international cooperation, engineering excellence and global pride on Tuesday evening, ahead of riding home on the Russian stalwart of space travel.

The huge space station, designed and enabled by the cooperation of nations, amidst the death throws of the Cold War, continues to travel around a planet at 17,500 mph, allowing for advances in medical and engineering science, all of which is preparing humanity for its eventual journey into deep space. 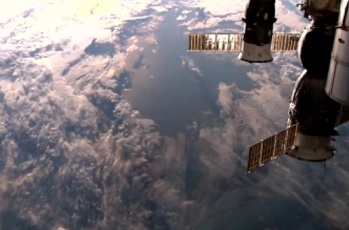 Flying over a planet without any visible borders, the crew of the ISS provide wondrous photos of the Earth, inspiring both the hardcore space flight fan and the general public alike, with content shared thousands of times each day by people of all nations and creeds.

Meanwhile, back on Earth, politicians continue to embarrass these achievements with playground derived arguments and geopolitical grandstanding, with the latest nonsense sadly using the ISS as a pawn.

In what is the latest tit-for-tat action between the West and Russia, Russia’s Deputy Prime Minister, Dmitry Rogozin – in charge of Russia’s space and defense industries – noted his country will not support the International Space Station after 2020.

While NASA noted it had received no such notice from the Russians, the statement would effectively kill any possibility of running the Station to 2024, which the US Agency had already confirmed is their intention.

It is not yet known how serious Rogozin threat really is, especially after it followed his recommendation that NASA should use a trampoline to launch their astronauts to the Station. However, whatever his intention, the threat would seriously damage Russian interests at the same time, should it be carried out.

The timing of his comments – which revolve around the apparent lack of permission to host GLONASS stations in US territories, the use of Russian-built engines on Atlas V military missions and continuing tensions over the Ukraine crisis – came just prior to the return of Soyuz TMA-11M.

Unlike the current situation in the geopolitical arena, the return of the three member crew was without incident.

In preparation for that safe trip home, the Soyuz TMA-11M crew donned their Sokol launch and entry suits, closed the hatch between the Orbital Module (BO) and Descent Module (SA), and strapped themselves into their Kazbek couches inside the SA. 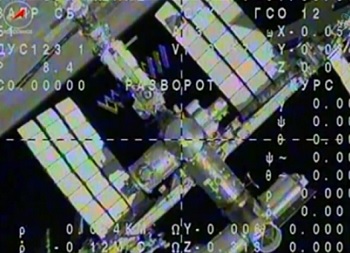 Undocking occurred at 6:36pm Eastern, followed by the smooth departure of the veteran Russian spacecraft, marked by separation burns as the Station and crew bid farewell.

Under the command of NASA astronaut Steve Swanson, Expedition 40 formally began aboard the station when Expedition 39 undocked.

Swanson and his crewmates, Alexander Skvortsov and Oleg Artemyev of Roscosmos, will operate the station as a three-person crew for two weeks until the arrival of three new crew members. Reid Wiseman of NASA, Max Suraev of Roscosmos and Alexander Gerst of the European Space Agency are scheduled to launch from Baikonur, Kazakhstan at the end of the month.

With the deorbit burn occurring on schedule at 9:03 pm, the Soyuz began its plunge back towards Earth, with the separation of the three modules occurring prior to entry interface. 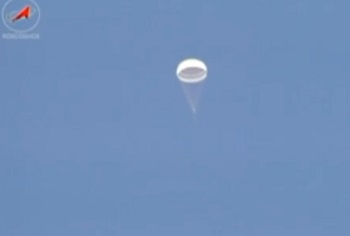 The spacecraft completed a parachute-assisted landing southeast of the remote town of Dzhezkazgan in Kazakhstan at around 9:57 pm (7:57 am May 14 local time in Dzhezkazgan), wrapping up 188 days in space since launching from Kazakhstan November 7.

The next immediate task was to extract the crew from the SA by the Russian recovery forces that raced to the Soyuz’s aid.

Once they had been removed, the crew were transferred almost immediately to the awaiting MI-8 helicopters to a nearby airfield, where they will part ways.

Tyurin will be flown back to Star City, while Wakata and Mastracchio will board a NASA Gulfstream III aircraft to be flown back to Ellington Field in Houston, Texas – via two refuelling stops in Glasgow, Scotland, and Goose Bay, Canada. 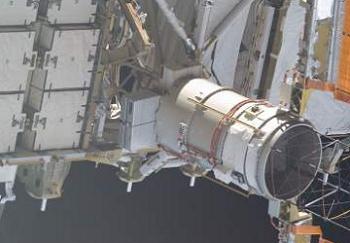 Meanwhile, teams are continuing to work an issue on the ISS, after it lost one of its eight power supply channels, due to a suspected short in an external power generation component known as a Sequential Shunt Unit (SSU).

The situation is under control, with continuing efforts to ensure the power systems all remain nominal.

At the same time, engineers on the ground have been evaluating and preparing for the “next worse case failure”, in case such an event occurs – per continuing L2 notes on the failure.

A meeting to discuss the forward path with the troubleshooting was being discussed throughout Tuesday by the Ops Team in Houston.

(Images: via NASA and Roscosmos)