Soyuz 2-1A launches Foton-M with a crew of creatures

Russia launched its fourth Foton-M research satellite on Friday (UTC) to begin a sixty-day mission for an array of creatures and biological experiments. Liftoff atop a Soyuz-2-1a rocket from the Baikonur Cosmodrome occurred at 02:50 local time (20:50 UTC on Friday), although the broadcast appeared to unavailable – once again – for some people in Western countries.

The Foton-M No.4 is a 6,840 kilogram (15,100 lb) microgravity research satellite which is designed to be recovered following its mission.

To return its experiments to Earth, the spacecraft makes use of a return capsule derived from the one developed to bring early cosmonauts back to Earth at the end of the Vostok and Voskhod missions in the early 1960s. 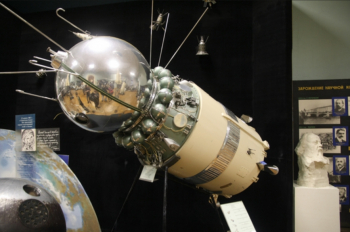 The Vostok spacecraft first flew in May 1960 on the unmanned Korabl-Sputnik 1 test flight. Followed by six more unmanned tests over the following year, the Vostok was ready for service in April 1961. On 12 April Yuri Gagarin became the first man to fly in space aboard Vostok 1, the first of six manned flights between 1961 and 1963.

Although the spacecraft was recovered intact, the Vostok was not designed so that the crew could land aboard it – instead the single cosmonaut ejected from the spacecraft following reentry and descended under their own parachute.

The Vostok has spawned several derivatives. Those which have flown the most are the variants designed for earth observation and reconnaissance.

The Zenit was the Soviet Union’s first reconnaissance satellite, launched in several versions between December 1961 and June 1994. The spacecraft carried cameras in its reentry module which were recovered along with their film at the end of a successful mission.

A leftover Zenit-8 satellite was the payload for the Soyuz-2-1a’s maiden flight in 2004. A suborbital mission, the satellite was never intended for operation and reentered shortly after its successful launch.

Some satellites used for the Resurs remote sensing program were built using the same configuration as the Zenit; the Resurs-F1 and F2. The Yantar-1KFT, or Kometa, made use of the Zenit’s film capsule coupled with the equipment module used on other Yantar satellites.

Designed to help the Soviet Union keep ahead of the American Gemini program, the Voskhod were a series of modified Vostoks built to accomplish more advanced missions than the Vostok had been designed for.

The Voskhod 1 spacecraft was fitted with three seats – fitted at the expense of the ejection system which doubled as a launch escape system on earlier missions. Due to the limited space available, the crew were also unable to wear spacesuits. 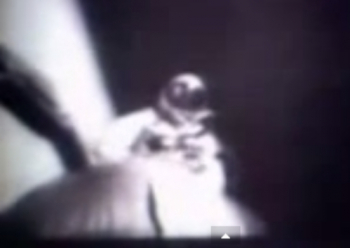 Voskhod 2 was customised to allow the Soviet Union to achieve the first spacewalk. With two seats, room was left for the crew to wear spacesuits however the ejection system still had to be omitted.

An inflatable airlock was attached to the side of the vehicle, which was used by Alexei Leonov to exit the spacecraft and spend 13 minutes outside.

Four further Voskhod missions were planned; however the program was cancelled in favour of the more capable Soyuz spacecraft then in development.

One of the remaining satellites was launched as Kosmos 110, a bioscience research mission which spawned the Bion series of recoverable research satellites. Also derived from the Vostok, the eleven Bion missions conducted biological research in orbit, allowing the return of specimens to Earth for study or dissection.

Bion was replaced by the Bion-M, which retained the Vostok capsule but introduced an equipment module derived from Yantar reconnaissance satellites to extend its on-orbit lifespan. The first Bion-M mission was launched in 2013.

The Foton program began in April 1985 with Kosmos 1645. The first of twelve first-generation spacecraft whose launches continued until 1999, this spacecraft used the same configuration as Bion but for microgravity, rather than biological, research. Launches were made from the Plesetsk Cosmodrome using Soyuz-U rockets.

The Foton-M was a modernised version of the Foton introduced in 2002 to take advantage of advances in communications and power system technology. The Foton-M No.1 mission was launched in October 2002, however it failed to achieve orbit.

The Soyuz-U rocket which was carrying it suffered a first stage engine failure and fell close to the launch pad, killing a soldier and injuring several more, all of whom were standing close to windows in a nearby building.

The Foton-M No.4 spacecraft differs from the three earlier Foton-M missions by its use of the Yantar equipment module rather than that of the Vostok and Zenit.

A configuration already proven by the Kometa and the Bion-M, the Yantar module allows the spacecraft to remain in orbit for longer than it would have been able to with a standard equipment module.

On board are a host of creatures and biological experiments, ranging from Geckos to plant seeds.

Russia’s Soyuz-2-1a rocket was used to launch Foton-M No.4. First flown in November 2004 it will be making the thirty-sixth flight of a Soyuz-2 rocket.

The type, which is derived from the earlier Soyuz-U and the Soyuz 11A511 before that, was intended as an eventual replacement for all of the Soyuz and Molniya variants then in service.

The Molniya-M was retired from service in 2010 and the Soyuz-2 has already replaced the Soyuz-U for all launches apart from Progress missions to the International Space Station. The first Progress launch on a Soyuz-2-1a is scheduled for later this year.

The Soyuz-2 has three principal variants; the 2-1a, 2-1b and 2-1v (v being the Romanisation of the third letter of the Cyrillic alphabet). The 2-1a is a modernised version of the Soyuz-U, while the 2-1b introduces a new RD-0124 second stage engine. The Soyuz-2-1v, which is also known as Soyuz-1, uses an NK-33 engine to power the core stage and does away with the four boosters flown on all other Soyuz rockets.

The first and second stages of the Soyuz-2-1a burn in parallel; the first stage consists of four strap-on boosters powered by RD-117 engines, clustered around the core, or second stage, which is powered by an RD-118. Atop the core sits a third stage with an RD-0120 engine which will fire to inject the Foton spacecraft into its final orbit.

The launch was conducted from Site 31/6 at the Baikonur Cosmodrome. One of two Soyuz pads at the site, and seven in the world, 31/6 was originally built for tests of the R-7 missile upon which the Soyuz is based.

Following the end of R-7 testing at Baikonur the complex was converted to support orbital launches. Until pad 1/5 is renovated, 31/6 is the only one of the Baikonur complexes from which the Soyuz-2 can fly.

The launch was the forty second of the year and the nineteenth for Russia, including the Proton launch failure in May and two Soyuz launches from French Guiana. It is the twelfth Soyuz rocket to fly this year and the seventh Soyuz-2.

The next Soyuz launch is slated for the coming week, when a Soyuz-U will orbit the Progress M-24M resupply craft. The Soyuz-2 will next be in action in August, lofting a pair of Galileo navigation satellites for Europe.

45 years after Tranquility: One small step to a bright future